What we've learned about the northern B.C. killings—and what we may never know

The RCMP released its findings in the horrific case that riveted the country, leaving the most troubling question unanswered 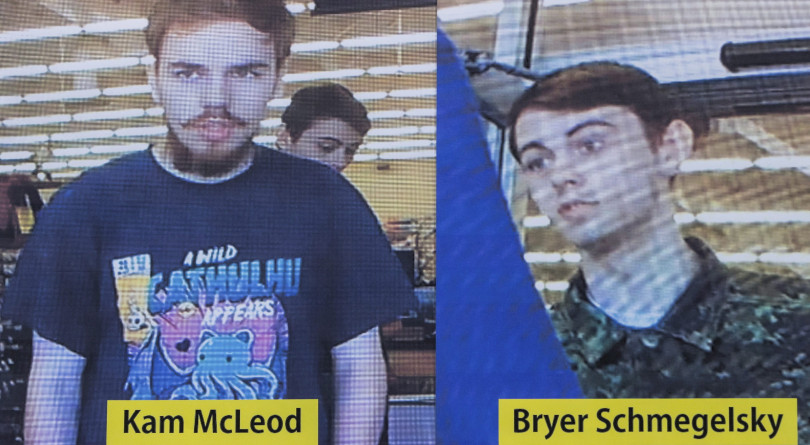 On Friday, the RCMP revealed the findings of their investigation of the deaths of Chynna Deese, Lucas Fowler and Leonard Dyck, who were killed in northern B.C. this past summer by Bryer Schmegelsky and Kam McLeod.

The haunting story captured international attention as it unfolded across the western half of the country. Born and raised in Port Alberni, B.C., the suspects, Schmegelsky, 18, and McLeod, 19, were originally thought to be missing when their abandoned vehicle was found on July 19 near Dease Lake, burning by the side of Highway 37. The pickup truck was discovered 470 kilometres south of where American Chynna Deese, 23, and her boyfriend Australian Lucas Fowler, 24, had been found shot dead by their camper van, and only two kilometres from where the body of Dyck, a 64-year-old retired botanist from Vancouver, would be found.

But when RCMP officers from Meadow Lake, Sask. informed investigators that they had recently spotted the pair with a grey RAV4—the model of vehicle Dyck was last seen driving—the story quickly pivoted. The young men’s status changed from missing persons to primary suspects, and people all over the world held their collective breath to see where they’d surface next. To the horror of its residents, that place turned out to be Gillam, Man., where the RAV4 was found, burnt out, at the edge of a swampy forest. A large-scale manhunt ensued, with hundreds of Mounties and concerned residents searching for the accused on foot, while military aircraft assisted from above. Finally on Aug. 7, nearly two weeks after the search began, it stopped: the bodies of Schmegelsky and McLeod were discovered eight kilometres from the car. They young men had died by gunshot wounds in an apparent suicide pact.

While the physical search may have ended, enormous questions remained unanswered. And while Friday’s statement and an accompanying report delivered by Assistant Commissioner Kevin Hackett has illuminated some links in the chain of events that began on July 12,  others remain murkier than ever. Here’s a look at what we’ve learned about the disturbing case, and what we may never know.

Were Schmegelsky and McLeod guilty of the killings, beyond doubt?

The findings of the investigation confirmed what many have assumed—that Schmegelsky and McLeod were in fact responsible for the murders of Deese, Fowler and Dyck. Not only did the shell casings from the crime scenes match the ammunition found on Schmegelsky and McLeod, but the pair admitted to their atrocious acts in videos they recorded over the course of their escape. In his remarks, Hackett said that the men expressed no remorse for their actions, and remained “cold” and “matter-of-fact” in their depictions of events.

Where did the guns come from, and how did Schmegelsky and McLeod get them?

Both recovered firearms were what’s known as SKSs, a non-restricted, semi-automatic rifle. McLeod legally purchased an SKS semi-automatic rifle with an ammunition of 7.62 and 39-mm calibre and a box of 20 rounds using his possession and acquisition licence at a Cabela’s outdoor store in Nanaimo, B.C., an hour’s drive from Port Alberni. The second gun’s origin remains unclear, though the report said it was assembled using parts from different weapons, suggesting someone built it over a period of years.

What, if anything, were their motives?

The RCMP describes killings, all killed by gunshot wounds, as “crimes of opportunity,” and said no specific motive was found. Investigators did not find any evidence of premeditation, and said the reasons the victims were targeted remains unknown—though Hackett did acknowledge Deese and Fowler may have been made more vulnerable by being stuck on the roadside in an isolated area. Moreover, the videos found after the deaths of Schmegelsky and McLeod offered no further clarity, as many hoped it would. As Hackett said during the question-and-answer portion of the conference: “If there was in fact a motive, it’s gone with the accused.”

Did Schmegelsky’s reported neo-Nazi sympathies play a part in these crimes?

Not that were directly included in the report. That being said, a key turning point in the investigation was when a witness who knew the young men gave a statement saying he or she believed they could be responsible for the murders—likely because of Schmegelsky’s alarming and self-proclaimed inclination towards violence and violent ideologies.  Hackett also admitted that the crimes “escalated” in violence, evidenced by the mention of burns marks and head injuries on Leonard Dyck.

Why did it take so long to name the two young men as suspects?

This is a crucial—and sensitive—question that has hung over the RCMP since the saga began. That the young men weren’t initially regarded as suspects may have seriously hampered the search and investigation; had they been deemed suspects from the time their truck was found burning by the side of the road on July 19, and the public alerted, they might’ve been found before they caused a costly search and killed themselves. Hypotheticals come cheap, of course, and much emerged after the story galvanized the country. One witness reportedly fled a pull-out off the Alaska Highway on July 17, when an unknown male armed with a rifle near a white truck started to approach him in a “hunting stance.” Still, several witnesses, including a man in Cold Lake, Alta. who helped the pair get the RAV4 out of a rut, might’ve known to alert the police to apprehend them. Instead, several people saw the pair without informing local officials until after the men been named suspects, which allowed Schmegelsky and McLeod to continue on, and put the public at risk. 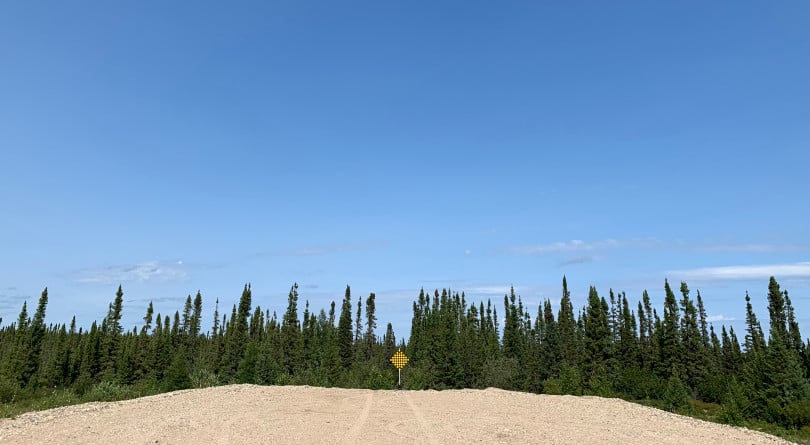 The end of the road outside Gillam, Man., where the manhunt was centred. (Photograph by Kyle Edwards)

When pressed on this question, Hackett said the Mounties simply didn’t have enough evidence to go, citing, among other things, the vast distances officers had to travel just to reach the crime scenes. “In any investigation, especially one like this where it’s complex and it’s evolving quickly, there is the parallel need to gain evidence, to support arrest and charge, that has to be done appropriately so we can keep people in custody if that’s what’s warranted and have a successful prosecution, balanced with public safety.” He continued that, “there’s a danger, and it’s a judgement call and a bit of a balance, that if we solicit the help of the public too quickly that we could be inundated with potential red herrings.” While the failure to name the young men as suspects earlier may have been a critical error, it is also justifiable for one big reason—it seemed entirely plausible the young men were themselves victims. Schmegelsky and McLeod had no criminal records, no understood motive; there were no accounts from friends or family that led police to believe they were capable of committing such a crime. It wasn’t until a series of discoveries on July 22, including the statement from the aforementioned acquaintance, and the discovery of the shells in McLeod’s vehicle, that the truth started to reveal itself.

Why won’t police release the videos?

Since it first learned of their existence, the public has remained curious about whether the videos recorded by the accused would be released, and what might be gleaned from them. But Hackett said the videos offered nothing new in terms of motive. What’s more, an RCMP behavioural analysis unit reviewed them and became concerned they would stir what is known as “identification,” in which viewers with the same violent tendencies or ideas identify with the people in the videos and are inspired or influenced to commit similar crimes. “In their experience,” said Hackett, “those who commit mass casualty attacks or similar acts of violence are heavily inspired by previous attackers and their behaviours.” The police also wished to spare the families further trauma, Hackett said.

Hackett said the RCMP is confident there are no other accomplices or victims, and that the death of Schmegelsky and McLeod means the end of their ability to harm more civilians. While that means the case is officially closed, the unanswered questions—especially those regarding the accused’s motive or propelling ideology—are left hanging over the loved ones of the deceased and the family and former neighbours of Schmegelsky and McLeod. Not to mention a public disturbed by this episode of unthinkable and unexplained violence.