What you need to know about Rachel Notley

1. She ran a near-flawless campaign and toppled Premier Jim Prentice 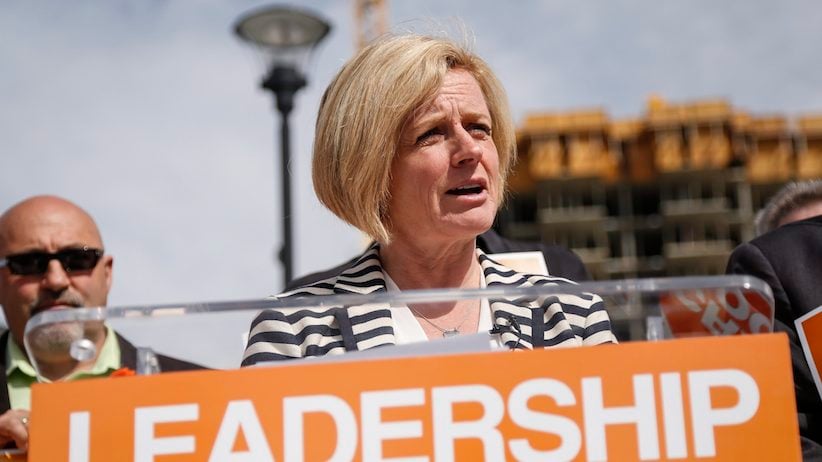 EDMONTON — Incoming Alberta Premier Rachel Notley made history Tuesday by defeating a campaign of fear and anger with a laser-focused populist message that government is about making life better for Albertans one family at a time.

Observers said Notley ran a near-flawless campaign with the highlight being her victory over Premier Jim Prentice in the televised leaders debate. Under constant attack by Prentice, she calmly stuck to the facts, smiled warmly at the camera, and suddenly made “Rachel Notley” a familiar name across the country.

She delivered an unwavering message of creating jobs through tax incentives, promoting oil-refining jobs at home and restoring cuts to health care and to classrooms.

When the Tories responded in the campaign’s late stages with attack ads, warning that an NDP government would stifle entrepreneurism and kill jobs, she responded with a message of optimism, exhorting Albertans to embrace a new path rather than run from it.

It has been a short but stellar rocket ride for Notley, the daughter of Alberta NDP pioneer and one-time party leader Grant Notley. She won the party leadership in October, taking over from Brian Mason while still in her second term as the member for Edmonton-Strathcona.

Her tenure has been short, but her political roots run deep.

She was born on April 17, 1964, the oldest of three children, to Grant and Sandy Notley, and grew up in Fairview in northern Alberta.

She wasn’t even 10 years old when she went on her first protest march. It was in the early 1970s, in Edmonton, with her mother. “She took me on some anti-war demonstration. I honestly can’t even remember what it was,” said Notley in an interview last year.

“I remember walking across the High Level Bridge and thinking, ‘Wow, this is really a very long walk.’ You know, I was a kid.”

What stuck with her was the energy of people coming together to try to change things.

“It was just about really doing everything you can to be heard,” she said.

“A (protest) letter is easily dismissed. Five hundred people marching together is less so.”

Her father helped found the Alberta NDP and turned it from a fledgling, pass-the-hat movement in 1962 into a party that would become the official Opposition with 16 seats in 1986. He won a seat in the legislature in 1971 and for years was the only NDP member under the dome.

Grant Notley built a popular following. He became known for his sometimes quixotic fight for social justice, but also for reasoned and razor-sharp analysis and the ability to see beyond the means to focus on the ends.

But he never saw his party’s first big breakthrough. Rachel Notley was 20 when her father, on his way home from Edmonton on a snowy night in October 1984, was killed in a plane crash.

Thousands mourned and in the years that followed, Grant Notley’s stature has grown. A park has been named for him in Edmonton and his riding has been renamed Dunvegan-Central Peace-Notley.

Rachel Notley earned a political science degree from the University of Alberta, then a law degree at Osgoode Hall. She set to work as a labour lawyer, helping injured workers with compensation claims, and moved to British Columbia to work with the NDP government under then-premier Mike Harcourt.

As an adviser to that province’s attorney general, she was at the table when legislation was drafted to improve occupational health and safety rules and to extend benefits for same-sex couples.

It was there, she said, helping to draw up the rules that changed people’s lives, that she realized it was time to come home. She entered Alberta politics in 2008.

Now, she and her husband, Lou Arab, live with their two children in Edmonton, working to make life better for their family one day at a time.

On Wednesday, Rachel Notley will begin to fulfil her promise to do the same for millions more.

Paul Wells: How a down-to-earth politician capitalized on an extraordinary moment in Alberta

Colby Cosh: Why the Orange Revolution is not about Rachel Notley