What you need to know about the gun registry data dispute

The initial dispute comes down to a disagreement over what details from an individual gun registration can actually be released. The RCMP argues that there are 27 pieces of information involved, of which 15 are personal—names, addresses and phone numbers, for example—and must be blacked out. The remaining 12 items of information, plus four other bits of related information, were released.

But the information commissioner says each registration actually includes 60 pieces of information, which would then be subject to the usual privacy, security and other Access to Information Act exclusions.

“The RCMP disagrees with my office,” information commissioner Suzanne Legault told the Senate finance committee. ‘That’s the gist of the Federal Court matter: We have a disagreement in terms of what must be disclosed to the requester still, to this day.” 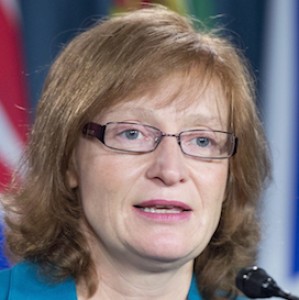 Legault told the government and RCMP on April 13, 2012 — a week after Parliament voted to end the long-gun registry and destroy the records — that she was investigating a complaint about an access request that was submitted before the new law had passed. She was assured in writing that the data would be preserved while she completed her investigation, in accordance with the access act.

Over the next three years, thousands of documents were surrendered under legally enforceable “production orders,” two RCMP members were examined under oath and Legault toured the RCMP firearms centre.

Despite the written assurance from then-public safety minister Vic Toews, the RCMP says it went ahead and destroyed all the long-gun registry data in October 2012, except the records for Quebec, which were under a separate legal challenge.

The Mounties say they’d received previous similar access requests for the entire registry and had released limited amounts of information, apparently without complaint. Eventually, in January 2013, they provided that same limited data to the complaining requester.

So why did the RCMP feel it could destroy data that it knew was part of an active investigation by Legault?

“The copy we provided to the requester is what we felt, what we believe and continue to believe, was responsive to his request for information. So we met our obligations under the legislation,” Rennie Marcoux, the RCMP’s access-to-information head, told the Senate finance committee.

In other words, the RCMP placed its interpretation of the Access to Information Act above that of the information commissioner, who has statutory jurisdiction over the act. While Legault has filed a suit in Federal Court, the Mounties have already destroyed the spoils.

Legault informed the government in March that there were grounds for possible charges against the RCMP under the Access to Information Act for destroying data supposedly protected under her investigative powers.

On May 7, the government introduced a 167-page budget bill. Deep within it is legal language that retroactively exempts gun registry records from the access act. The amendments also exempt any documents related to the destruction of the records and removes the jurisdiction of the information commissioner, the police and the courts. And it’s all backdated to Oct. 25, 2011, the day the bill to end the long-gun registry was introduced in Parliament.

After introducing the budget bill, the government forwarded Legault’s allegations to the public prosecutor, which handed them over to the Ontario Provincial Police to begin a criminal investigation.

Legal, parliamentary procedure and access-to-information experts say the retroactive legal rewrite is unprecedented and “Orwellian,” but also within Parliament’s powers. Legault issued a special report calling it a “perilous precedent” that could be used by future governments to cover up electoral fraud, spending scandals or other wrongdoing. She also went to Federal Court to protect the requesters’ right of access to the remaining Quebec registry records. The government maintains it is closing a “bureaucratic loophole” and simply amending the law to respect the will of Parliament.