What's inside the disturbing report on Ontario's long-term-care homes 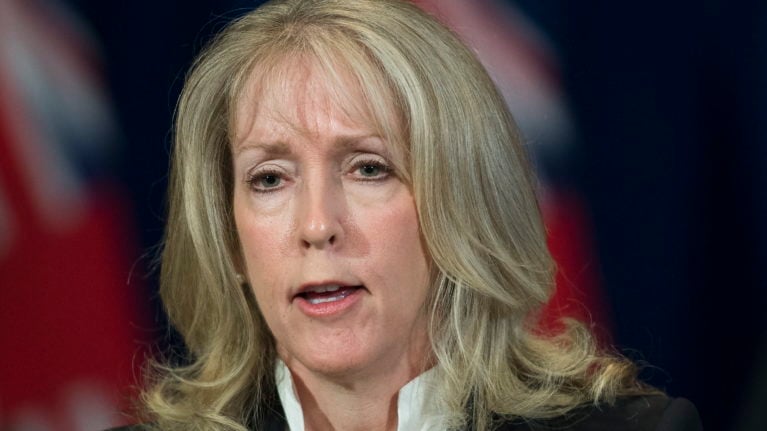 On April 24, Canadian Armed Forces medical personnel and troops arrived at five long-term-care (LTC) homes in Ontario, at the request of the provincial government. The Ontario Ministry of Long-Term Care identified these five homes as needing immediate and intensive intervention: staffing levels were inadequate for the COVID-19 outbreaks in progress, and there were issues with both infection controls and protocols governing personal protective equipment that are essential for controlling such medical crises.

The situation was dire, the Canadian Armed Forces soon realized.

The military was so alarmed that it wrote about its findings in a 15-page report. Military teams witnessed “aggressive behaviour” that they believed was “abusive/inappropriate” as well as “degrading or inappropriate comments directed at residents.” Soldiers saw residents left in soiled diapers, some unbathed for several weeks. They saw cockroaches, ants and rotten food, as well as “significant gross fecal contamination….in numerous patient rooms.” There were “inadequate dosing intervals” for medications for palliative patients. Critical supplies, such as wipes, were “kept under lock, not accessible by those who need them for work.” Some nurses and personal support workers continued wearing their personal protective equipment for hours even while moving between patient rooms. “Forceful feeding [were] observed by staff causing audible choking/aspiration” as well as inappropriate meals were “fed to residents with swallowing difficulties.” Linen shortages “led to residents sleeping on beds with no linen leading to increased skin breakdown.”

“It is deeply disturbing,” Prime Minister Justin Trudeau said of the report, which he read on May 25. “There are things in there that are extremely troubling. We need to take action.”

At the time the military entered these facilities, Ontario had reported that 2,287 residents in LTC homes in the province were infected with COVID-19, plus 1,089 staff. Some 573 residents had already died of the virus.

The death toll has been high in the five homes where the military is helping:

Even now, the situation isn’t under control. Although 142 outbreaks have been resolved according to the ministry, there are still 150 active outbreaks, meaning that nearly half of the province’s 626 LTC homes have either experienced or are enduring outbreaks.

The problems at Ontario’s LTC homes are endemic to the sector. Over the decades, countless reports have documented the problems and deteriorating conditions. In 2018, the new Progressive Conservative government implemented a risk-based inspection process, meaning complaints or previous risks were required before the government would inspect the facilities. The result was a sharp drop in full inspections. CBC reported that only nine of 626 LTC homes received detailed proactive quality inspections in 2019.

The conditions were perfect for a deadly virus such as COVID-19 to strike.

Compounding the existing problems was a slow response by the Ontario government to the COVID-19 pandemic. In early March, British Columbia reported the first outbreak at a long-term-care facility; in total, 20 residents at Lynn Valley Care Centre would die. Yet, even with that warning of what could happen, Ontario reacted slowly. On March 13, Dr. David Williams, chief medical officer of health, issued a recommendation to the LTC sector advising that only essential visitors be allowed into homes. But it was not until March 31 that Williams issued a formal ban on non-essential visits to LTC homes.

The Ontario government waited until April 22 before temporarily banning employees from working at more than one facility in an effort to stop infected staff from spreading COVID-19. Even then, the regulation had gaping loopholes, such as not applying to private agency staff that were called into homes experiencing worker shortages.

The death toll keeps climbing. Some 1,787 residents have died in LTC homes, as of the end of last week, according to Iacovos Michael, a scientist who has tracked the crisis in an open-source dataset. More than 80 per cent of all deaths in the province were in care homes, the vast majority in long-term-care facilities.

Now comes word that in addition to the military report, dated May 14,* the provincial coroner is investigating one death at Orchard Villa in Pickering. The provincial government has committed only to holding a commission, not an independent inquiry.

As for those five homes (four privately-run, one run by a not-for-profit), the Ontario government has “reached out” to request management plans and long-term staffing plans. The first step under the act that governs such institutions is an inspection. It hasn’t happened yet.

As worried families continue to be barred from the facilities and are unable to report on conditions, there is one question that must haunt them: If it took the intervention of the Canadian Armed Forces for the public to find out the dire situation at five facilities, what are the conditions in the other 621 LTC homes in the province?