When it comes to health care, all refugees still aren't equal

Advocates for the Interim Federal Health program to return still don't know when the program will be revived, and what the scope of coverage will be 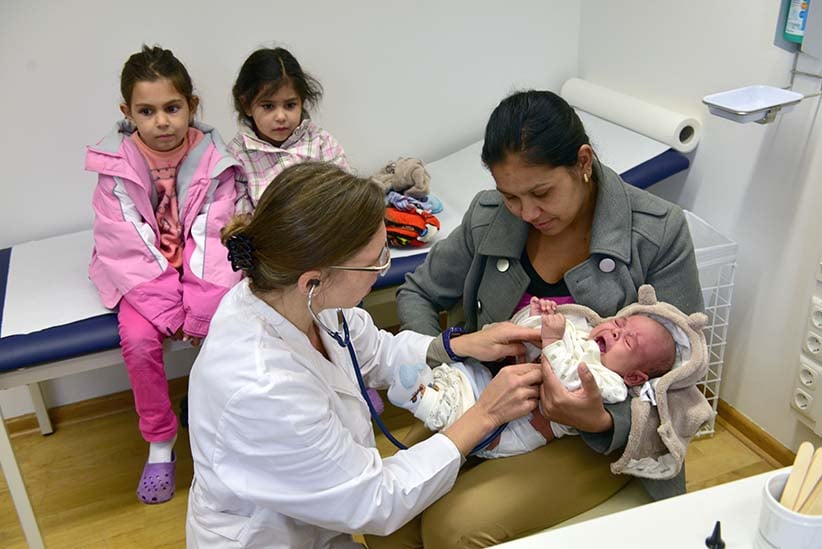 Although John McCallum, the new minister of immigration, refugees and citizenship, has said many times over the last couple of months that he intends to restore medical insurance for refugees, celebrations are on hold.

Canadian lawyers and doctors who have been advocating for the Interim Federal Health (IFH) program to be reinstated in its original form have many questions about the Liberal promise.

In particular, they want to know how soon the program will be revived, and whether it will provide the same scope of coverage for all refugees in Canada.

“We want assurances that the restoration will bring us back to the way things were before the cuts in 2012,” says Lorne Waldman, a Toronto lawyer and former president of the Canadian Association of Refugee Lawyers. “Because what we have now is a half-measure. There are still groups who don’t get coverage.”

Related: A Q&A with John McCallum

In 2012, the Conservatives stripped all refugees, except those resettled by the federal government, of insurance for prescription drugs, prosthetics, physiotherapy, counselling and emergency vision and dental care.

After the Federal Court of Canada called the cuts unconstitutional in 2014, the Conservatives enacted temporary measures that extended coverage to pregnant women and children.

The Conservatives also launched a federal appeal in the hopes of maintaining the IFH cuts. That appeal was supposed to be heard in late October, but has been adjourned until Dec. 31.

McCallum told Maclean’s in September that if the Liberals were elected, “we would somehow indicate that we’re dropping [the appeal] because we want to reinstate the [IFH] program. So it becomes irrelevant.”

So far, that hasn’t happened, says Waldman, who is one of the lawyers on the case: “The ultimate decision on whether the appeal will go ahead lies with the federal government.”

In response to Maclean’s questions this week about when the IFH will be restored and in what form, and when the government will drop the federal appeal, McCallum said, “What I can tell you is that certain things will happen quickly in a few months, if not a few weeks. And one of those is refugee healthcare. We will restore it.”

Answers can’t come soon enough for Dr. Meb Rashid, a Toronto physician and co-founder of Canadian Doctors for Refugee Care. Thousands of Syrian refugees are expected to arrive in Canada over the next several weeks. That will present significant challenges to health care workers already struggling to keep straight which insurance different refugees receive.

“Before 2012, everyone had the same coverage, so it took the onus off of health care workers to figure out what type of refugees they are, and what diagnoses are covered,” says Rashid. “We’d like to see [the IFH restored] before the Syrians arrive. That’s a critical issue for us.”

This story was updated with McCallum’s response on November 13, 2015.