Who is the man behind Trudeau's controversial Christmas vacation?

The Aga Khan enjoys a solid reputation in the world of international development. If Trudeau acted improperly, observers say that's on him, not the Aga Khan. 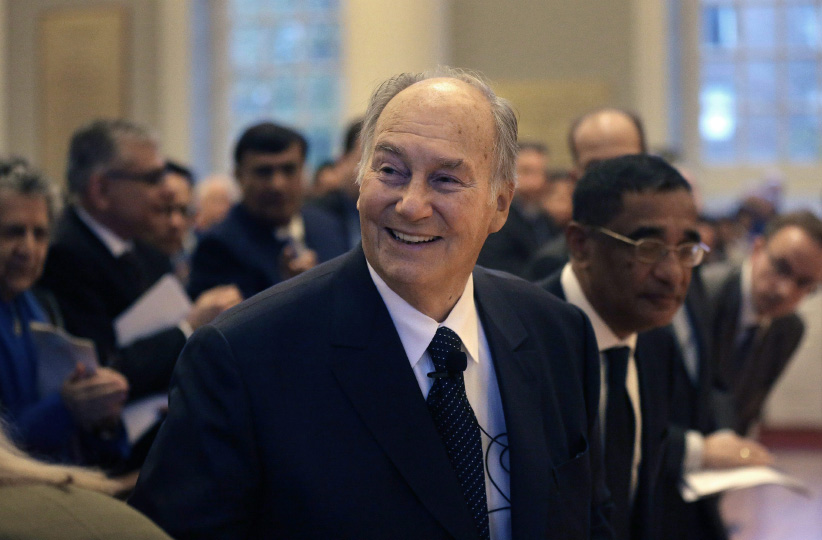 Two weeks ago, during an overseas trip, former prime minister Stephen Harper tweeted to his 1.11 million followers. “Just visited the magnificent #Ismaili Centre Dubai,” he wrote. “Reminds me of what a tremendous force for global peace and pluralism the Aga Khan is.”

Yes, that Aga Khan: the same billionaire philanthropist and Ismaili Muslim leader who welcomed Justin Trudeau to his private Bahamian island over the Christmas break, and whose generosity (including the use of his personal helicopter) is now the focus of an investigation by Mary Dawson, the federal ethics commissioner.

Harper’s out-of-the-blue tweet raised some eyebrows, to say the least. Day after day, his former Conservative colleagues had been pounding his successor, screaming that a prime minister has no business accepting a free vacation from an ultra-wealthy man whose Canadian charity (a registered lobbyist, no less) receives tens of millions of dollars in federal funding every year. Yet there was Harper—who does nothing by accident, and who knew full well the political fireworks back home—reminding Canadians that the Aga Khan is one “tremendous” guy.

Truth be told, he’s right. Although many Canadians hadn’t even heard of the Aga Khan until last month, it’s worth remembering that his Ottawa-based charity has been one of the government’s most trusted foreign aid partners for more than three decades, delivering education and health care to impoverished corners of the globe, especially war-torn Afghanistan. His connections to Canada have only deepened over the years—the Aga Khan built his de facto embassy on Sussex Drive, in the heart of the capital, in 2008—and he is no stranger to prime ministers, both Liberal and Conservative. Trudeau is certainly not the first to call him a friend.

The spiritual leader of the world’s 15 million Shia Ismaili Muslims, the Aga Khan’s followers believe he is the 49th direct descendant of the Prophet Muhammad. In the West, however, it is his family’s vast fortune—and the charmed lifestyle it affords—that garners headlines. When his grandfather celebrated his diamond jubilee in 1946, his followers famously donated his weight in diamonds and other precious jewels. The Aga Khan’s father, who perished in a fiery car crash in Paris, is best remembered for his brief but rocky marriage to Hollywood superstar Rita Hayworth.

The current Aga Khan is no less a target of the tabloids (twice divorced himself, he inherited his dad’s love of race horses), but he is much more than a billionaire who owns a luxurious private island. A lifelong promoter of peace and pluralism, he is the driving force behind the widely respected Aga Khan Development Network, which works to find sustainable solutions to global poverty. Its Canadian affiliate, Aga Khan Foundation Canada, was launched in 1980.

“There is a deep and broad relationship between the Aga Khan Foundation Canada and the government of Canada,” says David Moloney, a former executive vice-president of the Canadian International Development Agency (CIDA) and now an adjunct research professor at Western University’s Ivey Business School. “This is not a relationship that has just popped up with this government.”

Indeed. When the Aga Khan opened Canada’s first Ismaili Centre in Burnaby, B.C. in 1985, Brian Mulroney was among the distinguished guests. Jean Chrétien and Paul Martin both welcomed the spiritual leader to Ottawa when they occupied the Langevin Block, each time reaffirming the government’s fruitful partnership with his foundation. Harper not only granted the Aga Khan honourary citizenship, but invited him to address Parliament, a rarity for a non-head of state.

Since 2004, the feds have forked over more than $300 million to the Aga Khan Foundation Canada, including $55 million for women’s health initiatives in Afghanistan, $16 million for youth employment in Pakistan and $8 million for early-childhood development in Bangladesh.

“They do good work,” says Ian Smillie, a foreign aid and development expert who has evaluated Aga Khan projects in numerous countries. “They get funded not because of friendships with politicians, or because of the Aga Khan’s connections to the government. They get funded on the basis of the quality of their project proposals and evaluations.”

True as that may be, Trudeau’s vacation revelations have many Canadians wondering otherwise. The prime minister and his family not only accepted a free trip from the charity’s namesake, but hopped on his private chopper to get there—an apparent violation of both the Conflict of Interest Act and the very rules the Prime Minister issued to his new Liberal cabinet after winning the 2015 election. Fair or not, the lingering perception is that the Aga Khan wanted something in return—and perception, as everyone in politics knows, is reality.

“The trip was just a bad judgment call,” says Greg Thomsen, the director of research at Charity Intelligence Canada, an organization that analyzes how charities spend their donations. “I’m certainly not saying that funding was the reason Trudeau was invited down there, and it likely wasn’t. But the optics of it are horrible because the government is giving them so much money.”

The ethics commissioner will ultimately separate the smoke from the fire. Should Trudeau have cleared his trip with Dawson in advance? Undoubtedly. Were his advisors naïve to believe they could keep his travel plans hidden from reporters? Absolutely. Does the public actually care? Hard to say. A recent poll conducted by Toronto-based Forum Research found a near-even split: 42 per cent thought the trip was inappropriate, while 41 per cent said it was appropriate.

Will the Aga Khan Foundation survive all this negative attention? Its CEO, Khalil Shariff, did not respond to an interview request from Maclean’s, and a spokeswoman said “we’re not in a position to comment on any aspect of this matter.” But if Stephen Harper’s Tweet is any indication, the Aga Khan’s “tremendous” work will carry on after this brouhaha fades from the news.

“Honestly, I think it’s a tempest in a teapot,” says Smillie, the aid expert. “And whether or not the ethics commissioner or the parliamentary opposition think it’s something more than that, I don’t think it should have any bearing on what the Aga Khan Foundation is doing in Tanzania or Pakistan or India. If the Prime Minister gets a rap on his knuckles, it will be a rap on his knuckles, not theirs.”