Who wants to lead the ADQ? No one.

Will the ADQ survive to fight again without Mario Dumont? 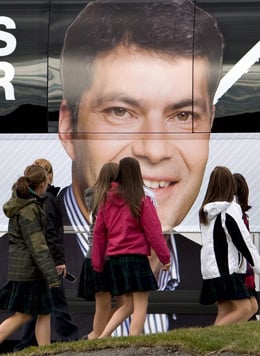 In 2007 the ADQ had a spectacular breakthrough, capturing 41 seats and becoming the official opposition party in Quebec. But now it seems that success provided the party with little more than a higher pedestal from which to fall. After collecting a meagre seven seats in December’s election, the ADQ has now been stripped of official party status and has seen its charismatic founder and leader walk away from politics. A compelling leadership race could have been just the thing to get the party back on its feet. The only problem is that no one seems to want Mario Dumont’s job.

To date, none of the rumoured candidates have stepped forward to confirm they will seek the party leadership. In fact, the only leadership-related news from the ADQ has come from those announcing they won’t be running. Coupled with the party’s marginal role in Quebec’s National Assembly, the dearth of quality leadership candidates doesn’t bode well for the ADQ’s future. “It’s the first hint that it’s not going to be easy to keep this ship afloat,” says Pierre Martin, a political science professor at the Université de Montreal. “Normally, in a party that has even the slimmest chance to play an important role, if not eventually take power, there should be at least minimal interest.”

Premier Jean Charest’s new-found nationalist appeal complicates things even further. If the ADQ is to regain its political footing and fulfill the promise it showed in 2007, it will have to do so in an increasingly crowded corner of Quebec’s political spectrum. Centre-right federalists with nationalist bona fides have suddenly become plentiful in the province. Most daunting of all, however, is the prospect of having to do it without Dumont at the helm.

All 125 ADQ candidates from the last election will be holding a meeting later this month where leadership issues are expected to be discussed. But for now, Dumont remains the only leader the ADQ has ever had. Unless he convinces someone else it’s a job worth having, it just might stay that way for good.