Who will stand up for Canadian beer drinkers?

The beer lobby is fighting a tax that would make your brews cost more. But beer drinkers are actually the yeast of its concerns. 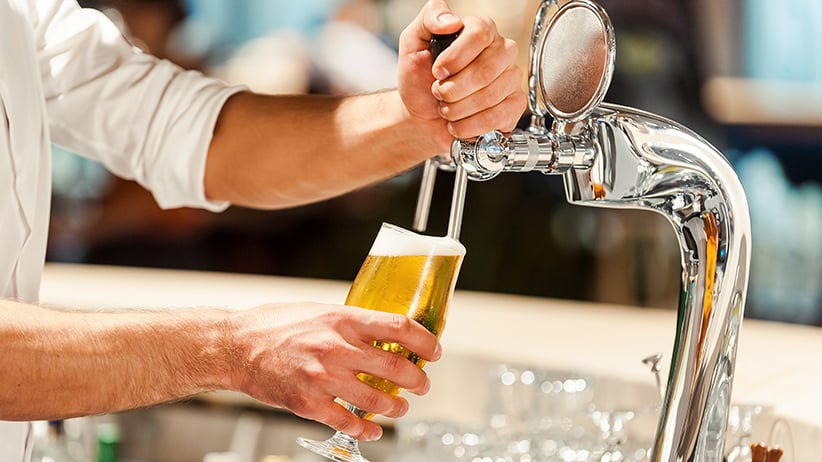 And Beer Canada, the brewers lobby group that styles itself as “the national voice of beer,” is not happy with the federal government and its taxing ways.

In its recent 2017 budget, Ottawa hiked excise taxes on beer, wine and spirits by two per cent. No big deal there. Canadians are plenty used to sin tax hikes at budget time. What’s new is that the federal Liberals have now given themselves the right to increase this tax every year by the rate of inflation—without the bother of having to include the future tax hikes in subsequent budgets.

“We weren’t expecting this at all,” says Luke Harford, president of Beer Canada, of the permanently escalating tax. “It’s pretty cynical.”

Nearly 50 per cent of the price of beer in Canada, on average, is tax: either federal or provincial excise and sales taxes, or provincial liquor board markups. It’s one of the highest overall beer tax rates in the world. And now Ottawa’s take is going up automatically every year on April 1. Forever.

On a cash basis, the amounts involved appear modest. That two-per-cent increase is about 5 cents more per case of 24 beers. But Harford is quick to point out that due to the “tax on tax on tax” feature of beer pricing, the effective total government haul is doubled. Plus, it all adds up: Over the next five years, Ottawa projects it will raise an additional $470 million from its inflation-adjusted alcohol excise tax hike.

Unlike sales taxes, excise taxes are imposed at the manufacturer level. And inflation-indexing of such taxes have caused big problems in the past. A similar policy in the early 1980s led to widespread shut-downs in the Canadian distillery business during a period of high inflation, and hobbled the domestic spirits industry for decades.

This time around, the beer industry is worried the ever-increasing tax will exacerbate headwinds already affecting their own market segment. “We’ve seen an 11 per cent decline in per capita beer consumption in Canada over the past ten years,” says Harford. “And taxes are a big part of that.” Wine consumption in particular has been growing strongly at beer’s expense. (Wine from Canadian-grown grapes is exempt from the federal excise tax.) And with competition from a legalized marijuana industry looming, brewers are getting nervous about their future share of Canadian’s relaxation budget.

The entire alcohol industry has also latched on to the notion of parliamentary responsibility in making its case against the inflation escalator. Building in perpetual increases for excise taxes allows Ottawa to avoid public scrutiny in future budgets while reaping the reward of higher revenues. “Canadians will never again have a chance to talk about this tax increase,” says Harford. It’s a legitimate concern. To head off this possibility, Beer Canada has been lobbying federal senators of all parties to encourage them to exercise their new-found independence by rejecting the inflation adjustment aspect of the tax. A possible Senate v. House of Commons showdown over beer taxes could come later this month.

Whatever happens, however, Canadian beer drinkers shouldn’t fool themselves into thinking this battle has anything to do with them, or how much they pay for beer.

That’s because while the “national voice of beer” is leading the crusade against this particular inflationary beer tax, Beer Canada is also a longtime supporter of a larger and even more pernicious form of government-mandated beer price increases—what’s known as social reference pricing.

In every province except Alberta, there exists a provincially mandated floor price for beer—based on a standard case of 24 bottles, inclusive of tax and deposit—that ranges from $26.83 in Manitoba to $45.58 in Prince Edward Island. These minimum prices are intended to protect Canadians from our own baser instincts; making beer expensive is supposed to prevent us from over-indulging on cheap suds. It’s a holdover from the Prohibition era that enjoys broad support from politicians, lobby groups such as Mothers Against Drunk Driving—and big beer companies. For the vast majority of Canadians who enjoy beer in a responsible manner, however, it’s a punitive and regressive policy.

A July 2015 report from Canada’s National Alcohol Strategy advisory committee—a document that features Harford’s name on the cover, by the way—specifically recommends that “social reference prices need to be updated annually to keep pace with inflation.” In fact, government-mandated minimum beer prices tend to rise even faster than inflation.

In Ontario, for example, the minimum price for 24 bottles of beer was an even $24 in 2008; today, it’s $30.70. That’s an increase of 28 per cent over a time when the cumulative inflation rate has been less than 15 per cent. When it comes to making Canadians pay more for beer, the federal excise tax hasn’t a patch on minimum pricing policies.

Asked about Beer Canada’s position on social reference pricing, Harford says, “we are not opposed to it. It’s a policy that governments use to encourage moderation.” Of course, you could say the same thing about excise taxes.

To recap: the beer industry is upset over Ottawa’s inflation-adjusted tax hike of approximately 10 cents per case. But they’re “not opposed” to other government policies that raise the price of beer by much bigger amounts, and which already include annual inflation adjustments. Both measures force consumers to pay more for their beer. But only one improves beer industry profitability.

So yes: When beer speaks, Canadians listen. But who speaks for beer drinkers?