Who's afraid of Miley Cyrus?

Miley Cyrus visited Canada to protest the wolf cull and riled up the B.C. premier. But why do people get so annoyed at celebrities with causes? 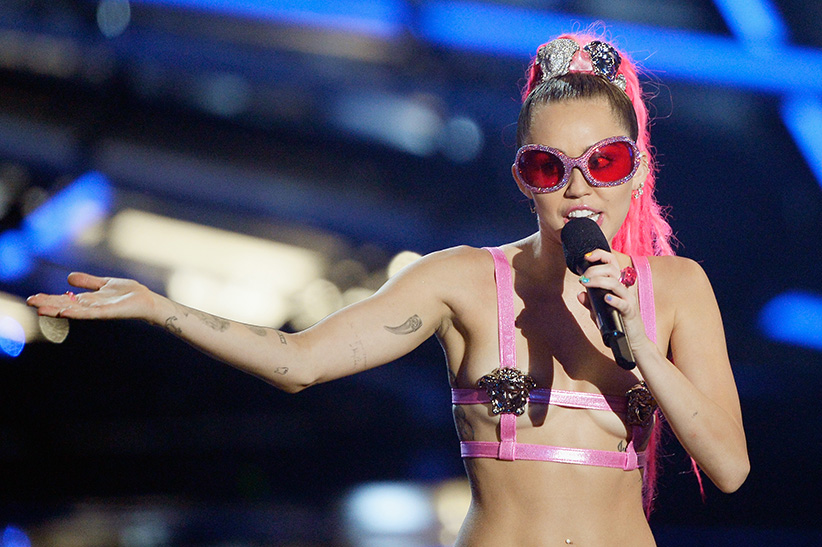 You may have heard the news that Miley Cyrus, that noble member of the Cyrus dynasty, deigned to pay a surprise visit to our country. It’s like a visit by royalty, only more important, because British royalty never gave us Achy Breaky Heart like Miley’s dad.

The former Hannah Montana was in British Columbia with her brother, Braison, to discuss plans for a wolf cull. The plan to save caribou by killing wolves has been opposed by other celebrities, including Pamela Anderson, but she’s actually from British Columbia and her interest in this particular story is less surprising. But Cyrus has made this her pet issue, asking her fans to sign a petition against the cull, then trekking to B.C. to see what was going on and to find out she was right all along. “When I first spoke out, I knew in my heart that the wolf cull was wrong,” she said in her statement. “But after this visit, I know science is on my side, not just on the wolf cull, but also on the trophy hunt issue. Both are unsustainable and both are horrific. Both have to end.”

Celebrities espousing causes have been an easy target for a long time, always good for punchlines such as, “Shut up and sing,” which was actually the title of a book. Christy Clark, the premier of B.C., got in an easy punchline against Cyrus: “If we need help on our twerking policy in the future, perhaps we can go and seek her advice.”

Let’s face it: There is always going to be something funny about stars, who mostly write and sing what others have written for them, trying to be experts on the environment or the population or whatever else. But they may not be wrong to think that it’s necessary for them to speak out. This is, after all, a celebrity-obsessed culture, and even minor celebrities have a big platform. Most of us will never listen to the people Cyrus met with, but we’ll listen to her. In a way, this is the old concept of noblesse oblige in action: The celebrity, who is the aristocrat of our time, uses her fame and power to help less socially advantaged people get their message out.

But why do we get so easily annoyed at celebrities speaking about subjects they don’t know much about? People speak about things they’re not experts on all the time; Neil deGrasse Tyson is constantly venturing out of his field of expertise, and news commentators spend roughly 50 per cent of the time talking about subjects they didn’t care about before the red light went on. Why is it so much more irritating when a singer and sitcom actress talks about saving the wolves?

Part of it is probably just predictability, the thing we cannot forgive in an artist. When an artist gets predictable, that artist gets boring. And because celebrities mostly have the same politics and the same focal points for their politics (the endangered animals may change, but boy, do they love animals), a celebrity cause provokes a reaction of, “Oh, not that again.” This may be one of the reasons why conservative celebrities, such as Ronald Reagan and Arnold Schwarzenegger, get a more respectful hearing for their causes, even from people who don’t agree with them. At least they have something to set them apart from all the other stars. A star who campaigned to kill the wolves and nuke the whales would at least be a novelty.