Who's who in Kathleen Wynne's shuffled cabinet 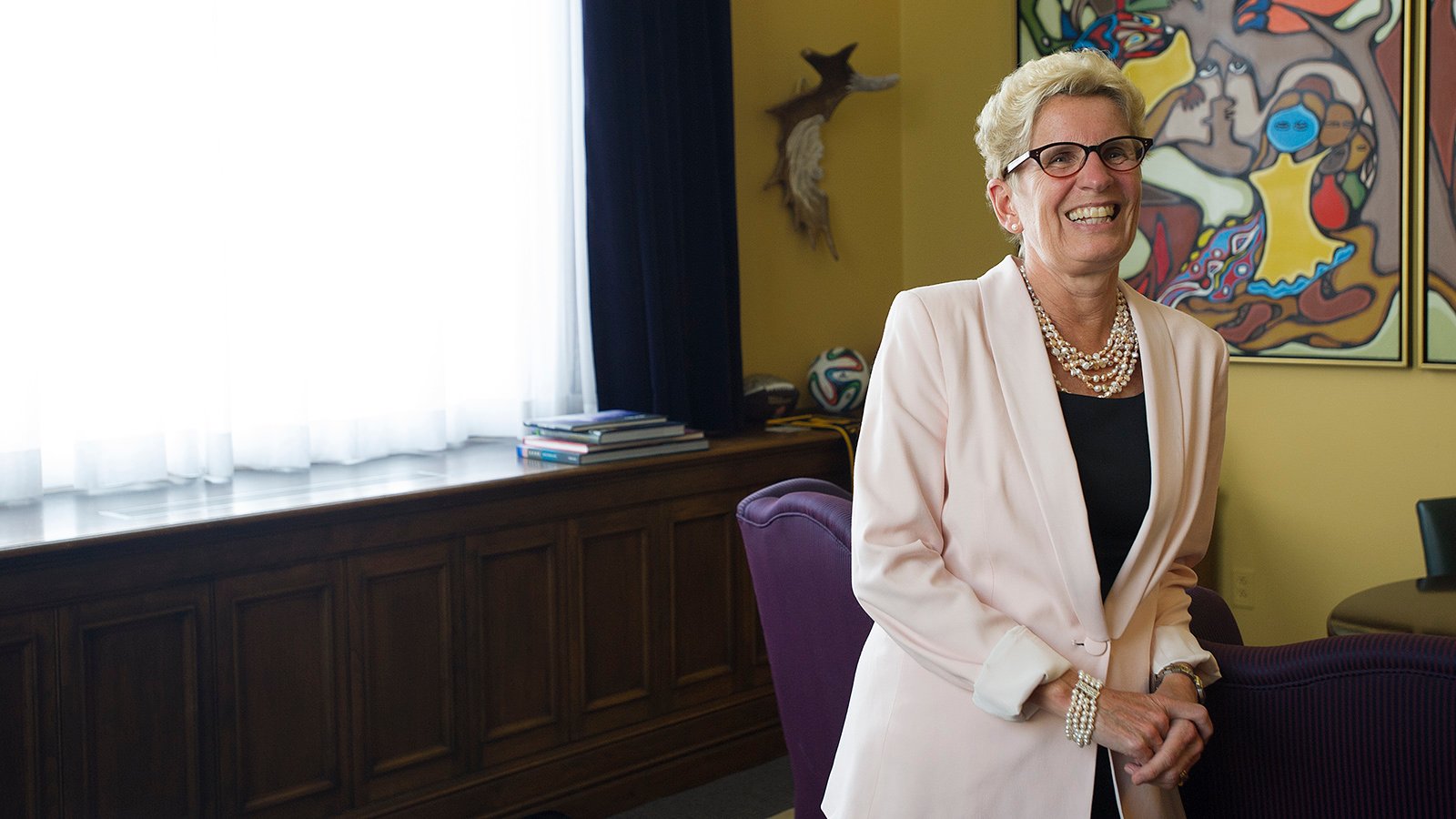 Macleans-Wynne, Ontario Premier Kathleen Wynne sits down with Paul Wells of Macleans at Queens Park in Toronto, ON. (Photograph by Cole Garside)

Thibeault was lured from the NDP by Wynne to run as a provincial Liberal in a 2015 byelection in Sudbury, and was rewarded Monday with a promotion to cabinet.

Six other new faces were promoted to cabinet, including Eleanor McMahon in Tourism, Culture and Sport; Kathryn McGarry in Natural Resources and Forestry; Marie-France Lalonde in Consumer Services; and Indira Naidoo-Harris as associate minister of finance.

Mitzie Hunter will become Ontario’s new Minister of Education, replacing Liz Sandals, who becomes president of the Treasury Board.

Michael Chan moves from Citizenship and Immigration to the new Ministry of International Trade, while Yasir Naqvi will become attorney general.

Wynne says 40 per cent of the cabinet is women, and defends expanding the size of her executive council, insisting the new ministries are needed to implement key parts of the Liberal agenda.

The cabinet shakeup comes with just two years to the next election in June 2018.

Deputy Premier Deb Matthews will be in charge of the new Ministry of Advanced Education and Skills Development and also becomes Ontario’s first ever minister responsible for digital government.

Premier of Ontario, Minister of Intergovernmental Affairs: Kathleen Wynne Premier and President of the Council

President of the Treasury Board: Elizabeth Jean Sandals

Minister of the Environment and Climate Change: Glen Ronald Murray

Minister of the Environment and Climate Change: Glen Ronald Murray