Whose side is Jean Chrétien on?

Terry Glavin: As China wages a political attack on Canada, the former PM's interventions give cover to Beijing—and to Meng Wanzhou's lawyers 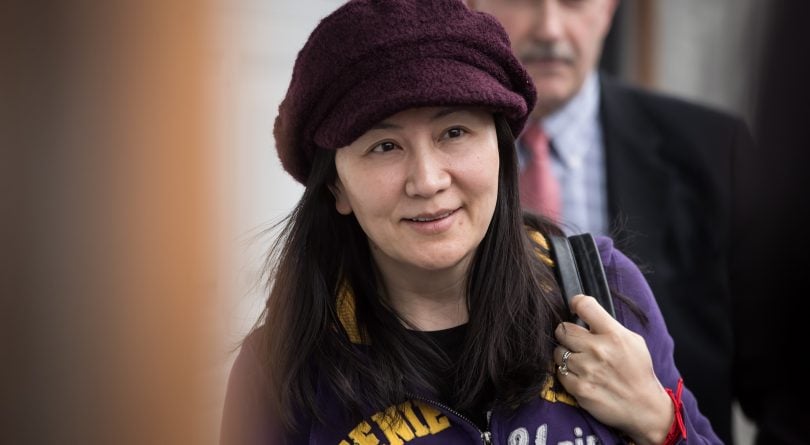 When a Beijing-controlled telecommunications conglomerate is spending untold millions on elaborate influence-mongering and public relations efforts in order to bully Canada into giving into its demands—the hiring of Liberal and Conservative insiders, the sponsorship of Hockey Night in Canada, the lavish retention of blue-chip opinion-moulding firms—you’d think it would be able to do better than this.

I mean the stunt the lawyers for Huawei chief financial officer Meng Wanzhou attempted to pull off in Vancouver on Monday. What it boils down to is a three-page hodgepodge of distortion, truth-twisting and manipulative appeals to Canadian vanity, all constructed around the unwarranted exalted-statesman status of a yesteryear Prime Minister who has been greasing China’s wheels for a living, to Canada’s continuing disadvantage, for the past 15 years.

Its first sentence begins: “Given recent comments by former Prime Minister of Canada Jean Chrétien …” And it ends by referring to the credit Chrétien has been allowed to get away with claiming, for standing up the Americans and keeping Canada out of the war in Iraq, for at least as many years as that. Nominally authored by lawyers Richard Peck, David Martin, Scott Fenton and Eric Gottardi, the “press release” contains no new information and no new legal insight. It’s nothing much more than a disingenuous appeal to Canadians to get behind an objectively rancid idea.

RELATED: What Jean Chrétien has done to Canada on the Meng Wanzhou case

The pitch is that Justice Minister David Lametti should be encouraged to do for Huawei’s Meng Wanzhou pretty well exactly what his predecessor, Jody-Wilson-Raybould, was scandalously punished for refusing to do for the bosses at SNC-Lavalin. Apparently oblivious to how that turned out, and despite Foreign Affairs Minister Chrystia Freeland’s bedrock, no-way, not-in-a-million-years response going back months, the lawyers want Lametti to directly intercede in judicial extradition proceedings against Meng, and just let her walk free.

Says Freeland: “We are a rule-of-law country, and rule of law is not something you can pick and choose.” Pleasing China and enraging Americans, Democrat and Republican alike? Exposing Canadians all over the world to rogue-state ransom demands for political concessions from Ottawa? Disgracing ourselves and betraying the allies Ottawa has enlisted in Canada’s defence against Beijing’s belligerence? Succumbing to foreign pressure to scuttle a U.S. extradition request for the first time in history? Surrendering to Beijing at a critical juncture in Chinese President Xi Jinping’s forward strategy of global digital domination? This is precisely what Jean Chrétien says Canada should do. Pick those things. Choose those things.

It’s what his deputy prime minister from back in the day, John Manley, says Canada should do, and he’s happy so say so, loudly, publicly, and usually without being troubled by anyone pointing out that he’s on the board of directors of Telus, which stands to lose upwards of $1 billion if Huawei gets frozen out of Canada’s 5G internet rollout. It’s what China’s Foreign Ministry says Canada should do. It’s what the bosses at Huawei headquarters say Canada should do.

In the usually murky world of ruptured diplomatic relations between nation-states, at least this time around there’s no ambiguity about who’s on whose side.

“Either you are a rule-of-law country or you are not,” Freeland has pointed out. In the aftermath of the SNC-Lavalin scandal, at least someone in the Trudeau cabinet has learned a lesson or two about the necessary sanctity of an independent judiciary. Freeland may have learned the hard way, but it’s a lesson she’s learned by heart.

In the SNC-Lavalin case, the pitch was to drop corruption charges arising from the company’s unseemly arrangements in the bribery market of Moammar Gadhafi’s Libya in favour of a remediation agreement that would let SNC-Lavalin conduct business in Canada untroubled by the possibility of a criminal corruption conviction. In Meng Wanzhou’s case, the pitch is to allow her to evade prosecution arising from a U.S. Justice Department criminal indictment in return for Beijing speaking softly to us again. And maybe even ending its hostage-taking of diplomat-on-leave Michael Kovrig and entrepreneur Michael Spavor, and its similarly retaliatory embargo on Canadian canola products, and its harassment of Canadian pork, beef and soybean exporters.

The investigation leading up to the charges goes back 12 years. Meng’s arrest warrant was issued last August. She was picked up at Vancouver International Airport in December while attempting to clear customs to pop in on one of the mansions she owns in the city, during a layover on a flight from China to Brazil. In a related indictment, also unsealed in January, Huawei is facing 10 counts of attempted theft, wire fraud, conspiracy to steal trade secrets, and obstruction of justice.

There is a distinct smell of desperation about Monday’s caper. While the lawyers declined to release the submission they say they’ve put to Lametti, the legal pleadings in their elaborate “press release” have been public knowledge since Meng’s first court appearance last December. The thing that’s really new in the lawyers’ pitch is the reference to Chrétien’s endorsement of their political claims, which they would otherwise have absolutely no competence to assert. It’s a sort of conspiracy theory.

The hypothesis, which coveniently serves the purposes of shoring up the reputations of Canada’s China-trade enthusiasts—and you can’t blame them for trying, since they’ve never been right about China, once, over the past 25 years—is that Meng’s arrest is all a setup job in aid of U.S. President Donald Trump’s trade-negotiations agenda. It’s an American “trick,” as Chrétien has reportedly put it. For publicly insisting on the reasonableness of the theory, Chrétien-era cabinet fixture John McCallum, who was Canada’s ambassador to China when Meng was arrested, was quite properly fired. Although twice warned, he was happy to carry on implying that Beijing had a point, that indeed Canada was playing the part of a patsy, after all, to the scheming Trumpists in Washington.

Never mind that there is no evidence that Trump was even aware of the Justice Department’s extradition warrant, and the White House denies it, up and down. And never mind that when the Justice Department began the investigations that led to Meng’s arrest warrant, back in 2007, Trump was still just a boorish American celebrity running the Miss USA pageant, hosting a reality-television show called The Apprentice and ripping off construction contractors in the customary fashion of a shady real estate developer from Queens.

The other heavy element in the lawyers’ pleading is the idea that the extradition relies on “double criminality.” Canada cannot deport someone to face charges for crimes that don’t exist in Canada. Set aside the fact that bank fraud, wire fraud, money-laundering and so on are replicated on both sides of the border. Meng’s lawyers say the U.S. and Canadian sanctions on Iran were sufficiently different at the time of Meng’s alleged offences as to render sanctions-evading charges in the U.S. non-existent in Canada, and therefore non-extraditable.

RELATED: Sorry Beijing, the SNC-Lavalin affair is not your ace card in the Meng case

For fun, then, let’s pretend Meng’s lawyers have a case that’s as solid as they claim. They could take the case directly to a judge and have him summarily dismiss the extradition proceedings, and there would be no cause for their foot-dragging lawsuits alleging various Charter-right wrongdoings that Meng laughably claims to have suffered at the hands of the RCMP, the Canadian Border Services Agency and so on.

You’d think Meng’s lawyers and China’s foreign ministry and Jean Chrétien and Huawei’s nominal boss Ren Zhengfei, who is also Meng’s dad, would be chafing to get on with it. There certainly seems to be a high degree of self-righteous unanimity in their corner. Chrétien says the extradition warrant is an abuse of process. The Chinese Foreign Ministry’s Hua Chunying says the warrant is an abuse of process. Beijing says Canada has made a terrible mistake and only Canada can fix it. So does Jean Chrétien. So does Huawei.

“Over our history, the Canadian government has stood up for Canadian values, including the rule of law, even in circumstances where this has meant a departure from American foreign policy initiatives.” This is the way Meng’s lawyers audaciously sum up their case for an intervention of a wholly unprecedented kind undertaken by Lametti on Huawei’s behalf. Which, strictly speaking, he may well be lawfully entitled to make. One example of Canadian pluck that Meng’s lawyers cite is Canada merely not joining the Trump administration in reinstating certain sanctions on Iran. The other, more pertinently, is Chrétien’s fabled “resistance to joining the war against Iraq.”

Chrétien has been dining out on his purportedly gallant “resistance” to the Anglo-American misadventure in Iraq for years—even though Canada was never even asked to sign up. As Maclean’s’ Julian Beltrame reported at the time, when Chrétien met with George W. Bush in Detroit to discuss the issue in September 2002, Chrétien didn’t offer any help, but “Bush never asked for any,” either. Canada’s position was that a declaration of war would have to rely on a UN Security Council resolution, which wasn’t forthcoming.

And that’s what’s different this time around. Back then, Canada was effectively neutral. Canada didn’t sign up for Shock and Awe, but Canada certainly didn’t join the war on the side of Saddam Hussein. This time around, Canada itself is facing a sustained attack on its diplomatic, geo-strategic, technological, economic and political integrity.

We’re being attacked by China. And Chrétien and Manley and the rest are on China’s side.