The Wildrose Party's opposition to earlier sessions of the Alberta legislature was a PR disaster, but also entirely valid 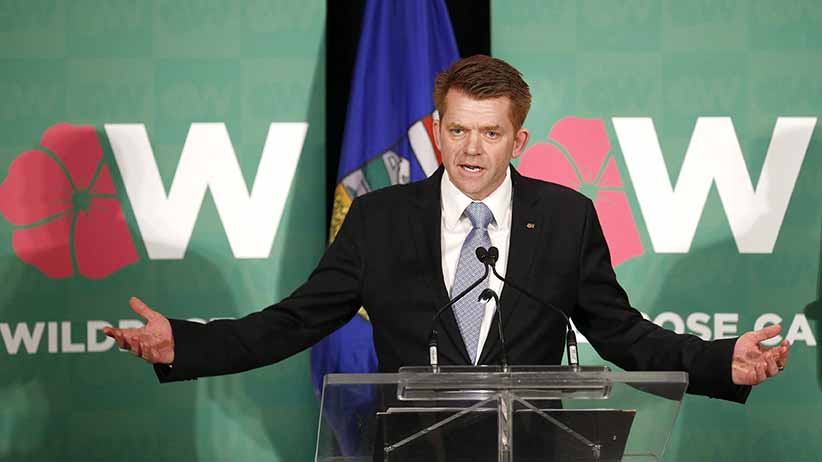 It’s catchy satire — simultaneously pointed and blunt. An Alberta politico’s website wildroseopposition.ca directs to a clone of the Wildrose Party’s website, obscured by a “Sorry, we’re closed” sign with hours of operation that would make bankers blush: not earlier than 10 a.m. any weekday.

This, and a barrage of similar snark, came after Wildrose politicians fiercely debated—even threatened to filibuster—against introducing morning sittings in the legislature that begin at nine o’clock Tuesday through Thursday.

The NDP call it a move to limit evening sittings and make legislature more family-friendly for their young caucus with daycare needs (and, come spring, the first sitting Alberta legislator to give birth). Wildrosers wanted 10 a.m. as the earliest start time.

Related: An interview with Brian Jean

This was joyful fodder for the New Democrats: Lazy bones! Albertans start work at 9 or earlier! NDP House Leader Brian Mason recalled his bus driving days, which started at 5:30 a.m. “It’s a shame that they’re wasting their time in this legislative agenda because they don’t want to start work at a reasonable time in the morning,” he told reporters. Wildrose perked up and abandoned its tack after getting Tuesday starts adjusted to 10.

Was this a boneheaded choice of battle for a conservative clan otherwise preoccupied with Alberta’s dire economy and massive deficit? In the social media reaction cycle, there aren’t enough o’s to add to “stoopid” for how Brian Jean’s party handled it. “Cheer up, sleepy Jean,” said one of Twitter’s wittier cracks. But for proper care and feeding of Alberta’s traditionally lacking democratic institution, the span between 9 and 10 a.m. matters.

In terms maybe better understood by a ruling party that’s mindful of public sector workers: It’s akin to teachers’ prep time. Overworked, underprepared teachers are inclined to put on a Bill Nye the Science Guy video to “edu-tain” class while they catch up on lesson planning. The political equivalent is poorly improvised democracy.

More preparation makes for better debate speeches and more attuned pitches during Question Period. That daily edition of Accountability Theatre can be a sloppy affair at present, and that’s with sessions beginning at 1:30 p.m. Opposition members and staff expect they’ll have to start daily at 6:30 a.m. to plan before the first three hours of pre-lunch proceedings.

Preparing the night before can prove futile amid the churn of morning and overnight revelations. There’s a reason Ottawa and other provinces (except Ontario and Nova Scotia) don’t start assembly work at 9 a.m. During the Tories’ long reign, Alberta had among the fewest sitting days in Confederation. Extended morning hours won’t necessarily bode well for that change, especially if evening hours don’t vanish apace, as opposition worries. Mason says his younger colleagues will hold him to a promised crackdown on evening sessions, but the NDP will retain the option as a “pressure release valve” if Wildrose or smaller parties take too long debating bills.

Bus driver Mason’s early mornings would have been to ferry passengers on familiar routes, then clock out by 1:30 p.m. When you’re making political sausage, 12-hour days often count as short ones. In their formerly perpetual opposition days, NDP members bemoaned adding to their morning burdens.

What’s more irritating in this pile-on debate is how it revels in that toxic anti-politician myth: that they’re not working whenever out of the legislature.

When former Prime Minister Stephen Harper repeatedly prorogued the House of Commons, opponents rallied and demanded MPs “go back to work.” Many opposition members nodded along with the rabble, as though it’s all pool halls and beach umbrellas in weeks the Parliamentary pages don’t don their breeches. Member offices have perpetual stacks of policy matters to research, associations to hear from, and constituents to meet, fight for and congratulate on their 30th wedding anniversary.

Harper had scant few non-working days in the 3,500 he served as prime minister, the majority of them down days for the Commons. In the 2011 election debate, NDP Leader Jack Layton clubbed Liberal Michael Ignatieff for missing most Parliamentary votes: “Most Canadians, if they don’t show up for work, they don’t get a promotion.” This wasn’t Ignatieff’s greatest failing as Liberal leader—so many to choose from!—but it will sound offensive to home viewers.

“It’s not an issue that has done us any favours in the press,” Jean says. Perhaps the lesson here is one any opposition party can also heed: headlines that undermine the actual work politicians do aren’t always worth grabbing.