Why Andrew Potter lost his 'dream job' at McGill 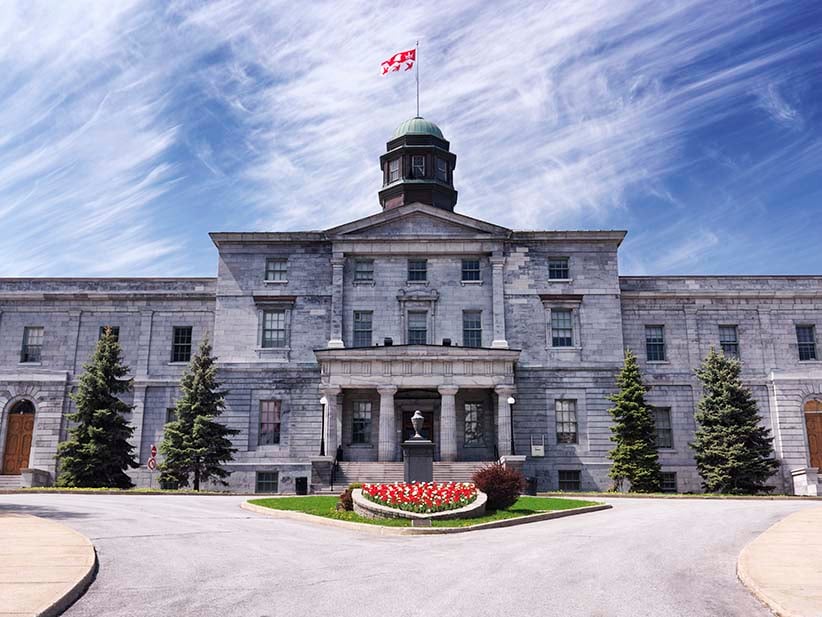 Andrew Potter has resigned as director of McGill University’s Institute for the Study of Canada, two days after writing a controversial Maclean’s column that infuriated many Quebecers and triggered a heated debate over academic freedom.

In a brief interview Wednesday night, Potter confirmed that he submitted a letter of resignation earlier in the day to MISC’s board of directors and to the university’s dean of arts. On Thursday morning, he released a further statement on Facebook, saying he chose to step down from “the dream job of a lifetime” because of “the ongoing negative reaction within the university community and the broader public to my column.”

“I deeply regret many aspects of the column—its sloppy use of anecdotes, its tone, and the way it comes across as deeply critical of the entire province,” the statement says. “That wasn’t my intention, it doesn’t reflect my views of Quebec, and I am heartbroken that the situation has evolved the way it has.”

Although Potter is out as MISC director, he will stay on as an associate professor in the faculty of arts. It is a three-year contract, part of his original appointment.

Sources say McGill endured such intense backlash over Potter’s Maclean’s piece that the university left him only two choices: resign or be fired. Sources also say that numerous high-profile figures have contacted McGill since Monday to express their personal displeasure with the column, which lamented the social malaise “eating away at the foundations of Quebec society.”

Neither Potter nor the university will say whether he was forced to resign. Asked on Wednesday night whether he feels his academic freedom had been violated, Potter declined to comment. “I’m going to let that debate play out on its own,” he said.

Others were not so reticent after leaning that Potter had been forced to resign. “I think that’s a disgrace,” said Emmett Macfarlane, a political science professor at the University of Waterloo. “No one at McGill can feel safe that they enjoy academic freedom or freedom of expression. The community of McGill needs to seriously consider whether they are going to stand by and allow this to happen. This is absolutely unacceptable.”

In a press release jointly issued by McGill university and the McGill Institute, the MISC board of trustees confirmed it has accepted Potter’s resignation and thanked him for his “contribution” and “various achievements” during his seven-month stint as director. “MISC will make no further comment or release regarding the resignation of Mr. Potter,” the statement concluded.

On Monday, Maclean’s website published an opinion piece in which Potter suggested that a recent snowstorm-induced traffic jam in Montreal had exposed something much larger: that “Quebec is an almost pathologically alienated and low-trust society, deficient in many of the most basic forms of social capital that other Canadians take for granted.”

The article sparked significant outrage in Quebec. “As far as I’m concerned, it’s an article of very poor quality,” Premier Philippe Couillard told reporters, according to the CBC. “It aims to paint a negative portrait of Quebec, based on prejudices.” Federal Heritage Minister Mélanie Joly reportedly described Potter’s article as “a shortcut that is totally absurd.”

By Tuesday afternoon Potter had issued a Facebook apology saying he regretted “some rhetorical flourishes that go beyond what is warranted by either the facts or my own beliefs.”

But McGill’s response to the article’s fallout was equally controversial. In a Tuesday Tweet from its official Twitter account, the university wrote: “The views expressed by @JAndrewPotter in the @MacleansMag article do not represent those of #McGill.”

Many criticized the university for what they regarded as a public rebuke, saying such a statement threatens academic freedom and undermines all scholars.

Other professors have joined Mcfarlane in expressing outrage over Potter’s dismissal.

Peter Loewen, director of the school of public policy and governance at the University of Toronto, says this issue extends well beyond one person and one magazine article. “If Andrew Potter has been made to resign from McGill, every professor at that institution should now ask themselves the following question: ‘Are they more or less secure now in their intellectual endeavours today than they were yesterday?’ ” he said. “It seems to me that they are less secure, because what you have now is this nagging sense that if you say something that steps over the line, your university will, as quickly as possible, cut you loose.”

Potter is a renowned author, political philosopher and former editor-in-chief of The Ottawa Citizen. Between 2007 and 2012, he was a regular columnist at Maclean’s.