Why are the cannabis regulations so different from province to province? - Macleans.ca 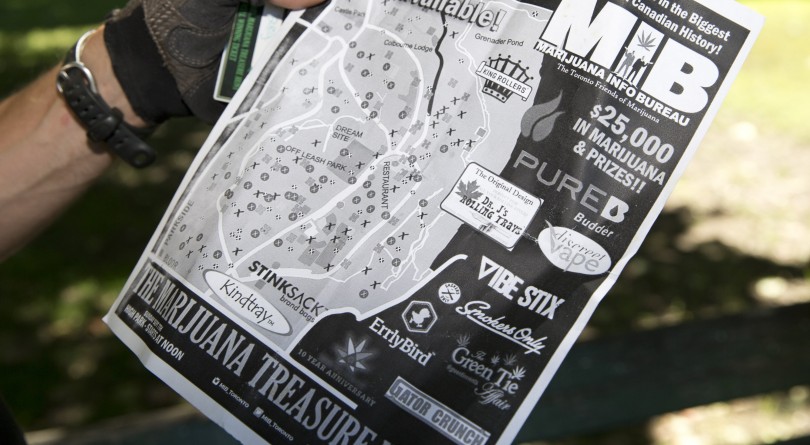 The feds wanted to allow provinces to regulate pot sales, just as they do alcohol, says John Conroy, a B.C. lawyer who has led the way in medicinal marijuana law. He says the feds believed the provinces were best-positioned to distribute recreational marijuana by piggybacking on the existing liquor distribution system.

About that liquor distribution system: Canada’s booze laws are all over the map. Quebecers have been allowed to buy beer and wine in corner stores for ages, but it’s only been legal in B.C. for a few years and in Ontario since Aug. 1.

When it comes to pot, each province will control how and where it is sold, where stores are located and how they are operated. Across the country the minimum age for purchasing is 18, but provinces can up it if they choose. They can also lower the possession limits, ban growing if and pass rules on where the drug can be used. There is no place where pot smoking and driving will be tolerated.

As of Oct. 17, British Columbians over the age of 19 will be able to stock up in either government-run or privately owned shops. If you have a green thumb, you’ll be allowed to grow your own—up to four plants—at home. In Quebec, the age limit is a year lower, at 18, but home cultivation is prohibited. In Saskatchewan, all the shops will be private.*

It’s all a bit confusing, which the feds admit with this cautionary statement on its own pot regulation website: “You are responsible for knowing what will be legal in the province or territory where you live or visit.” The only area over which the federal government has maintained control is medical marijuana.

Meanwhile, a handful of Canadian municipalities, such as Richmond Hill and Markham in Ontario, and Richmond, B.C., are flat out rejecting cannabis shops within their city limits. Richmond has already passed a bylaw to that effect. It was done with consent from the province, which opted not to foist marijuana on communities that don’t want it. Richmond pot enthusiasts needn’t despair. They are but a short train ride away from Vancouver where cannabis retailers have been going strong for years and legalization is going to look a whole lot like status quo.

For more on this, read our September cover story by Jason Markusoff, in which, among other absurdities, he writes about one cannabis lawyer who designed an app so that people can figure out what they can or cannot do with cannabis depending on where they find themselves in Canada.

CORRECTION, Oct. 3, 2018: An earlier version of this story stated Ontarians will only be able to buy cannabis products at government-operated stores or online. In fact, Ontario will allow privately run cannabis stores to operate.