Why Canada needs to disrupt the child care industry 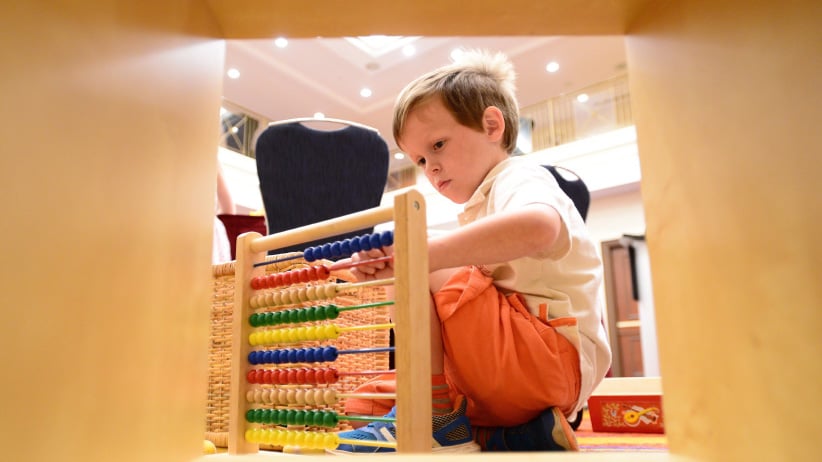 “Disruption”—describing what happens when an industry lulled into complacency is jolted by fresh ideas, new players, and innovative approaches—is a word that’s thrown around too often. It’s used so recklessly across so many industries, it’s become catalyzed into cliché.

But for the child care system in Canada, even a slight change seems like an alien concept. Maybe disruption is just what it needs.

Case in point: On June 11, the federal Liberal government announced that it has an agreement in place with Canada’s provinces and territories to support child care and early learning initiatives. Part of this deal is a plan to invest $7.5 billion over 11 years to fund child care programs across the country and create 40,000 completely new subsidized child-care spaces in the first three years.

This may look impressive at first glance, especially when funding amounts reach the order of billions. But this approach is taking the oft-beaten path. Throwing money to carve out subsidized spaces is as bland and inefficient as child care solutions come. This is the kind of thinking that the government had to address the child care situation 20 years ago, and look at the situation now: a lot of parents and child care providers are still echoing the sentiment that the child care system in Canada is in crisis.

Of the $7.5 billion, only $100 million will go towards “early learning and child care innovation.” That’s a measly one per cent of the promised funds. It’s hard to tout the plan as innovative when you’re only allocating that much.

It’s 2017 and we need to push the envelope a bit further. Where’s the innovative thinking here?

The plan looks to double-down on throwback ideas, money-wise. With over $2 billion earmarked in Years 1 to 3 of the plan, the government will effectively spend $56,000 per child care space they hope to create. This money will likely go to licensed child-care providers in the non-profit and public agency sectors. These would be roughly the same beneficiaries of government funding, both federal and provincial, over the past decades; this is already a mature system.

To me, this is the single biggest missed opportunity in the Liberals’ child care solution. Why spend to expand on sectors with low upside? If we want to start thinking creatively, we should consider alternatives with untapped potential—like putting funds into creating better regulations for home-based child care, and developing more supports for unlicensed care.

Home-based child care is generally not accredited by the government, with the exception of those affiliated with licensed home child care agencies. These agencies provide some level of oversight, quality control, and training to home daycare operators, but these also come at a cost, both in finances and time. The government does investigate complaints about home child care providers, and can shut them down if necessary.

The math would appear to work. Instead of using the $56,000 to create a single child-care space, imagine using the money to jump-start a private child-care business. That business, even unlicensed, can take at least two young children. Some provinces allow more than three children to be under the care of an unlicensed home daycare, with certain parameters: in Alberta, they can take up to six; in Ontario, it’s five; in Manitoba, four. Data from the Childcare Resource and Research Unit (CRRU) estimates that the percentage of children age 0–5 for whom there is a regulated full- or part-time centre space only increased by 1.6 per cent from 2012 to 2014. An expansion of home-based child care—and more supports for unlicensed care—could be a solution to Canada’s child care space shortage just waiting to happen.

Granted, there is plenty of stigma around unlicensed child care. Home daycares have been the setting of high-profile child daycare deaths. In January, Macallan Wayne Saini died while being cared for in a home in East Vancouver, B.C. The 2013 death of Eva Ravikovich in an illegal home daycare in Vaughan, Ont., prompted the province to make reforms in child care laws, including stiffer penalties to illegal child care operations. And for every media-covered incident, there are other countless anecdotes of child injury and abuse. These have rightly put the sector in a bad light.

While the gravity of the tragedies should not be downplayed, having a blanket view that all unlicensed child care is unsafe or or unable to provide a nurturing environment would be a fallacy. The 2014 Auditor General of Ontario’s Report cites 29,000 serious occurrences in licensed care in the province from 2009-2014 with more than 2,200 reports of children that went missing and six deaths; that’s one more death in licensed care than in unlicensed care over that same time period. “When you consider this statistic on a per capita basis, with unlicensed care caring for the majority of children in Ontario, this makes the licensed sector death rate alarmingly high,” says Heidi Higgins, executive member of the Coalition of Independent Childcare Providers of Ontario (CICPO).

And part of the stigma comes from a lack of data. By investing in Canadians who want to start their own daycare business, the government would be collecting information too, shedding light on a sector that is seen as the bête noir—or, more charitably, the grey market—of the child care industry. The data would give more insight into the quality, demand, and qualifications of individuals who run daycares in their homes. This will go a long way in ensuring better oversight, quality standards, and safety in home child care.

“That is the biggest gap,” says Higgins of the proposed plan to create child-care spaces. “That money could go a long way to creating a new licensing system that affords independent childcare providers the ability to receive the oversight they’ve been asking for, implementing mandatory safety standards and fully satisfying our childcare needs.”

The government let the opportunity slip to set better quality standards and put in a stronger framework for home child care. With technology today, requiring an independent child care business operator to submit proofs for credentials like vulnerable sector check, first aid and CPR training does not require a lot of manpower. Institutionalizing easy-to-achieve child care standards can reduce the risk of injury and death.

Furthermore, funding home child care businesses would be the ultimate boost to people who are passionate about taking care of children. Many home daycares are running at razor-thin profit margins. An IBIS World report in 2015 estimates that the average net profit for operating licensed child care in Canada is six per cent. There’s a lot that thousands of dollars can do to motivate home daycare owners to focus more on proving top-notch care than sweating the bottomline. Aspiring entrepreneurs with space in their homes can start up their child care businesses with safe environments and materials, as well as better standards to adhere to.

If the Liberal government is truly committed to solving Canadian families’ child care issues, they should escape old-school thinking. They should look beyond child care in licensed child care spaces. The word bedamned: They have to think disruption.

Regnard Raquedan is the co-founder of CubbySpot, an online marketplace that matches parents and child care centres to fill available open spots.