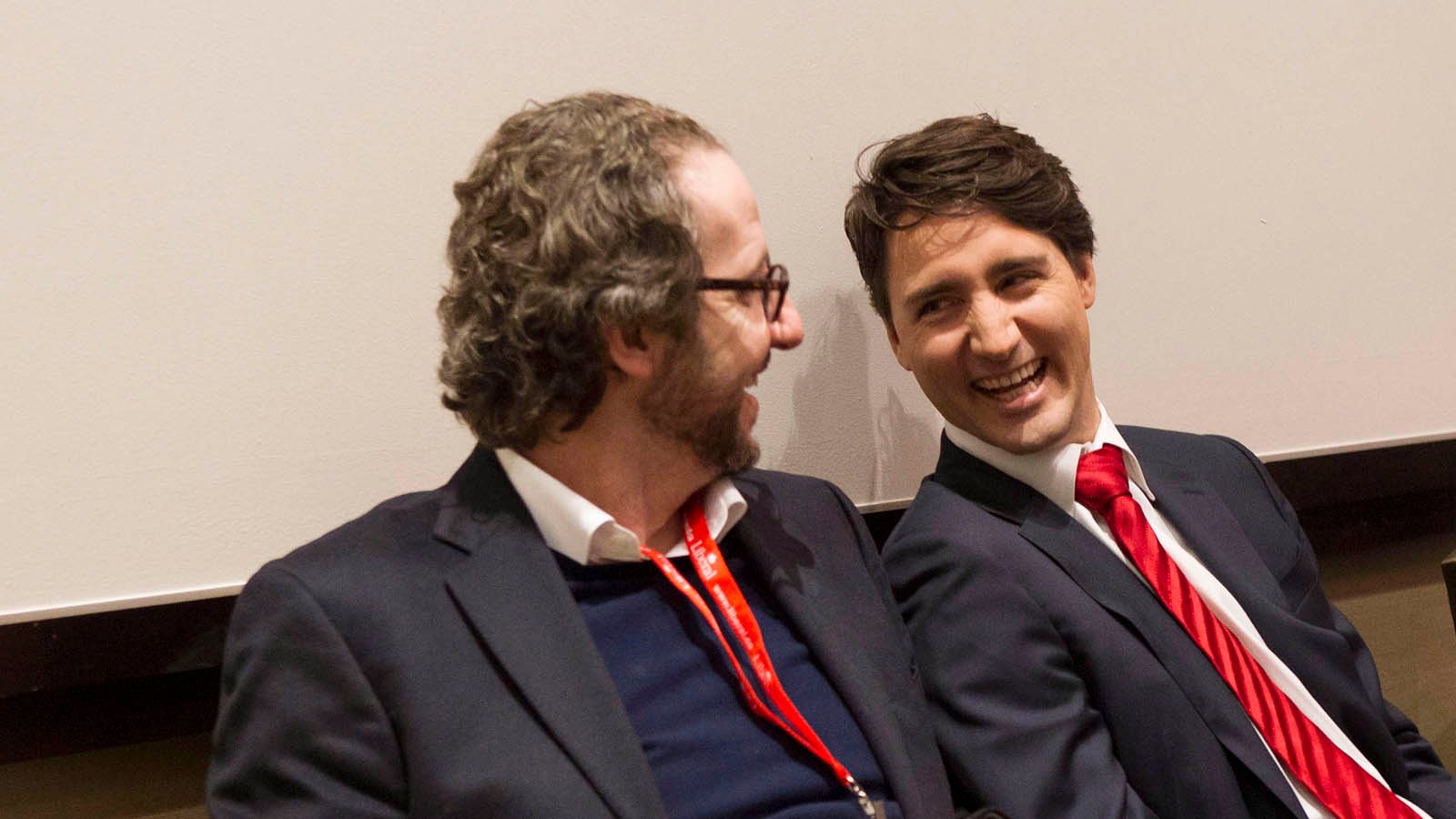 Liberals across the land are understandably chuffed with Justin Trudeau these days. Whether it be for his bold take on abortion or marijuana, or his ability to bring buzz to the once-beleaguered Liberal brand, the Liberal leader has energized the party. Liberal organizers have harvested more money from more people than the party’s closest ideological rivals in the NDP, according to Elections Canada data. National polls suggest the party is in an extended upswing across the country.

Yet while he may be a Quebecer at heart, many Quebec Liberals say the party has become decidedly less Québécois under Trudeau. His arrival has hastened a centralization of the party’s power in Ontario, they say, largely at the expense of its traditional base in Trudeau’s home province. These Liberals believe Trudeau has taken Quebec for granted, concentrating instead on seat-rich Ontario and assuming that Trudeau’s swagger is enough to prompt a Jack Layton-style wave in Quebec.

They point out how Trudeau has lost four key Quebecers from his inner circle since becoming leader, including executive assistant Louis-Alexandre Lanthier, who long served as Trudeau’s eyes and ears in Quebec. The party has also eliminated several key positions in Quebec as part of its streamlining effort, with duties being shifted to Liberal headquarters in Ottawa. Its national director, Jeremy Broadhurst, can barely speak French. The result: “The party is being run by English Canada,” complains Yves Lemire, a former director-general of the party’s Quebec wing and chief of staff to former federal cabinet minister Lucienne Robillard.

The perceived snub will surely be on the minds of Quebec Liberals when they gather this weekend in Victoriaville for the provincial wing’s biennial convention. There is also an existential worry to add to what critics say are the party’s structural woes in Quebec. Trudeau has long presented himself as a fighter of separatists—a suddenly unnecessary role since the election of a resolutely federalist provincial government in Quebec last April.

“We don’t need a Captain Canada anymore. There’s no threat of a referendum,” says political analyst and former federal Liberal cabinet minister Jean Lapierre. “My impression is that the issue in Quebec will be the economy [in the 2015 election], and the name Justin Trudeau and the economy don’t exactly go hand in hand. All he does is say ‘middle class’ 100 times in his speeches.”

Linguistic duality is enshrined in the Liberal Party of Canada; the space and importance given to French has been a near-constant throughout the party’s 153-year history. Trudeau’s own father became prime minister alongside a coterie of equally strong-willed politicians from Quebec­—the so-called rise of “French power” in Ottawa.

Yet present-day critics within the party say the tilting of power toward Ontario is extensive and largely unprecedented, and will hurt its chances in Quebec. “Everyone who was a pillar in Quebec is gone,” says one former Liberal executive who is still involved with the party. “There are 19 months until the election, and we need Quebec to win. Except everyone is disillusioned.”

To be sure, the centralization of the Liberal power base in Ontario began before Trudeau became leader. In 2012, under interim leader Bob Rae, the Liberals began cutting regional positions across the country, in part to staunch the bleeding in the wake of the party’s dreadful 2011 election, in which it was reduced to 34 seats. In Quebec, the party was both unpopular with voters and archaic in structure. “The structure that we had up until a few months ago was the same structure we had when I started volunteering in the 1990s,” says Liberal campaign co-chair and chief organizer for Quebec Pablo Rodriguez, who is also running as a candidate in the 2015 election.

In Quebec, this meant cutting five positions, including the executive and financial director. Rodriguez says the cuts were necessary to weed out “people who were only there to get paid.” Lemire thinks otherwise. Because of the cuts, “people who worked for the party felt the party was drifting away from them. Apart from getting emails every day asking for money, there was no other communication with the party,” the former director general says.

The sticking points started to pile up. Internal memos were often sent out solely in English. Campaign packages were prepared for Quebec without candidate pictures on the sign—which doesn’t wash in Quebec. “We always had to fight against Ottawa,” says the former executive.

According to Lemire and others, things worsened once Trudeau became leader. Many Quebec Liberals remembered how the Liberal scion supported Gerard Kennedy for the Liberal leadership in 2006—and how Kennedy was dead set against the motion to recognize Quebec as a distinct nation within Canada. Last summer, Trudeau moved his family from Montreal to Ottawa, which didn’t help the impression that the Liberal party was decamping to Ottawa.

Then there was the Liberal convention in Montreal earlier this year. Trudeau’s 40-minute keynote speech was larded with big ideas about the middle class and bromides about linguistic peace. It was also delivered almost entirely in English. “That congress was an insult to anyone who thinks the Liberal Party of Canada should be bilingual and respectful of the French language,” says Jean Lapierre.

Trudeau’s entourage has become decidedly less Québécois over the last year. Along with Lanthier’s departure, Trudeau has also lost his press secretary, Kate Monfette, and communications officer Louis-Philippe Champagne. Numerous Liberal sources told Maclean’s that Lanthier, a long-time Trudeau supporter, left the party because the Trudeau camp had pushed him out, something Lanthier denies. “I was getting tired of only seeing my kid by way of pictures on my BlackBerry,” he says.

With Lanthier gone, Trudeau is surrounded by chief adviser Gerald Butts and national election campaign co-chair Katie Telford, neither of whom hail from the province. Nevertheless, national Liberal spokesperson Michel Archambault bristled at the suggestion of a diminished Quebec presence in the party leadership. “It’s false, but you’re allowed your opinion,” he told Maclean’s, before hanging up.

Liberal brass often point to the recruitment of political organizer Dan Gagnier as national campaign co-chair as an example of the party’s presence in Quebec. Certainly, Gagnier’s credentials are impressive: the former Alcan VP was once Quebec premier Jean Charest’s chief of staff.

Gagnier, though, remains a volunteer, and like most volunteers he has divided loyalties. He is a recent recruit to the federal Liberals, having spent most of his political career with the Quebec Liberal Party, which has been formally estranged from its federal cousin since 1965. Gagnier wasn’t even in the province during the Liberal convention in Montreal, arguably the party’s single most important event in the province.

To be clear, even Trudeau’s harshest critics will admit that Trudeau has buoyed the Liberal brand in Quebec. He has a knack for capturing imaginations and prompting camera shutters in his home province and beyond. His positions on marijuana legalization and access to abortion have given the party a boost with younger voters—provided they can be coaxed to the polls. And the cheery, perpetually smiling Trudeau generated 17 per cent more media coverage in the province—and 69 per cent more in the rest of the country—than the bearded and often dour NDP Leader Thomas Mulcair, according to media monitoring firm Influence Media.

Yet Lapierre says Trudeau’s elevated profile in Canada masks an acute problem for the Liberals in Quebec: since the departure of long-time MP Denis Coderre, there is no one making sure the Quebec Liberals get noticed on big files. The party was late in making its position known on the building of the new Champlain Bridge in Montreal; the NDP, on the other hand, has made political hay of the Conservative government’s plan to institute a toll on the busiest bridge in the country. The NDP has also steadily encroached on Trudeau’s lead in the polls. Mulcair’s party has the advantage of having 57 MPs as campaign foot soldiers, compared to Trudeau’s eight. Meanwhile, the Conservatives are hoping for a resurgence in the Quebec City region; party strategists are reportedly looking to recruit provincial MNA Gérard Deltell to the fold to anchor the Conservative team in the province. Lapierre says the party is also hoping to bring back former Conservative minister Lawrence Cannon to run in Quebec City.

With its 78 seats, Quebec is key to a Liberal victory. Many Quebec Liberals fear Trudeau and his entourage won’t remember as much in time for next year’s election.