Why now is better than never for migrants in Montreal

Many of the Haitians fleeing the U.S. don't expect to win refugee status, but they will find a temporary safe haven in a welcoming city

At dark, the Olympic Park in Montreal is almost quiet. One civil engineer who lives in the neighbourhood goes for his evening stroll, while a local harpist crosses the grounds to get to the subway station. Pools are closed and sidewalks as still as the on-site statue of Copernicus. But outside one door of the stadium, there mingles a group of Haitian refugee claimants.

“I’m crazy for Canada,” says a man who worked in Miami painting houses and installing ceramics, after leaving Haiti before the 2010 earthquake to find work. He seems to suggest that he will try to stay in Canada by faking his death. “Supposed dead,” he repeats. “Supposed dead.”

As Montreal receives more than 150 migrants per day this week, sleeping on Red Cross cots in a sports dome, some of the estimated 1,174 migrants who arrived in July don’t expect to be granted refugee status. Haitians are fleeing America after a spring policy change that targeted them for deportation. Past natural disasters, or fear of general crime or poverty in Haiti, won’t likely suffice for receiving refugee status; they would need to be threatened by gangs, violent police practices, abusive spouses or other specific risks.

However, because Canada processes refugee claims so slowly, many migrants find it’s still worth making the claim, for years of safety and basic health care during which they might send some money home, marry a Canadian, or escape the government’s radar. Nicaraguans, Hondurans and El Salvadorians could soon face the same predicament as Haitians in America, meaning 300,000 more migrants could look north. Canada’s backlog doesn’t just delay people who eventually receive protection; it makes Canada more appealing for claimants with little chance. 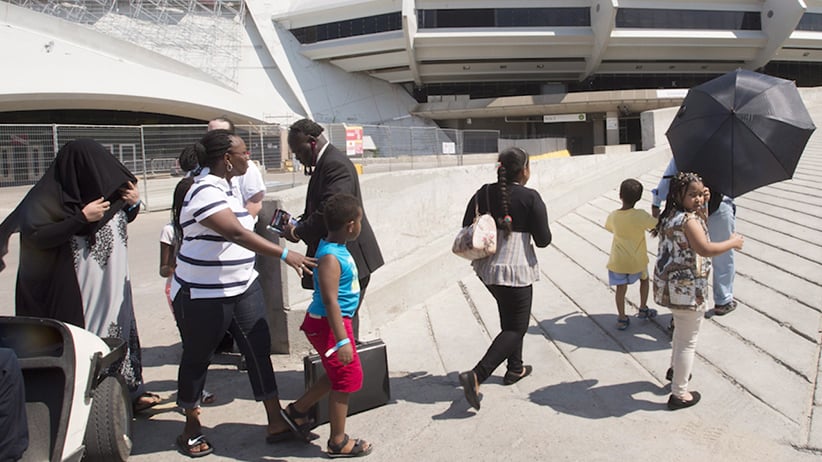 Will the Haitian asylum-seekers in Montreal get to stay?

“It’s not a safe-haven, but it’s the next best option,” says Lody Jean, president of the Haitian Lawyers Association, based in Florida. “There has been a little bit of a hysteria and fear of people being deported, rounded up in the middle of the night,” she says. Since the 2010 earthquake, many of the 58,000 Haitians in America have held temporary protected status (TPS), which has allowed them to work and live in the country. In May, the Department of Homeland Security announced that this status will expire this January, and it also began cracking down on Haitians who don’t have any status.

Republican senators Marco Rubio and Bill Nelson both argued to extend the status past 2018, and after Haiti had a hurricane last October, Jean says, “it was a no-brainer that they’d renew it.” Walt Disney World employees also wrote a letter to the department hoping to keep their 500 Haitian staff members. “They, in the eyes of Disney World, are hard workers,” says Jean.

Along with America’s push factor, Montreal has pull. The city was the first in the world to respond to the earthquake, sending volunteers to train civil servants using funding from the Canadian International Development Agency. Montreal boasts the third largest Haitian community in the U.S. and Canada next to Miami and New York, and Mayor Denis Coderre welcomed Haitians this week over Twitter.

Ironically, another pull is Canada’s slow processing. The Immigration and Refugee Board is expected to have a backlog of 36,000 cases by the end of this year, which it warns could push the wait time to 11 years, according to an internal memo obtained by the Canadian Press via an Access to Information request. The Board says this backlog could cost Canada $2.97 billion in the next five years in social services for pending applicants. “The reality is that for people who ultimately receive Canada’s protection,” says Paul Clarke, president of the Action Réfugiés Montréal, “it’s to everybody’s advantage that the decision come as quickly as possible.”

In Little Haiti, a neighbourhood of Miami, word of Canada is spreading through churches and media. A Haitian radio station, Radio-Mega, has aired reports of a “rush of migrants” entering Saint-Bernard-de-Lacolle, near Montreal, as well as clips from CBC Radio-Canada. Through a Creole Facebook page, Haitians spread tips of how to cross to Canada, and for anyone who doesn’t have family, the best way is the illegal way. 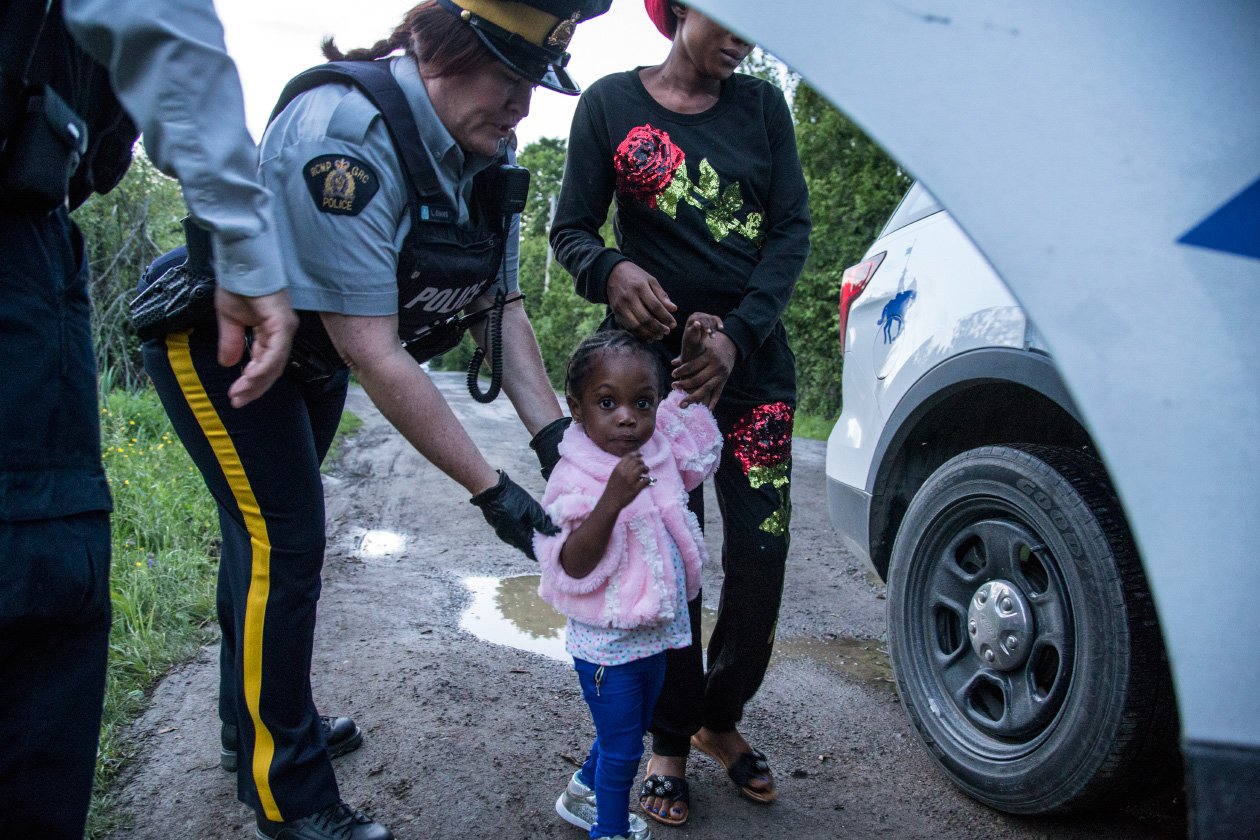 The Safe Third Country Agreement doesn’t apply to people who cross the border illegally, only to those who cross at official checkpoints. Migrants are crossing within a few kilometres of the Saint-Bernard-de-Lacolle processing centre, such as at Roxham Rd. “It’s become fairly common knowledge to somehow get your feet onto Canadian soil, but not at a regular point,” says Clarke.

Two days after the City of Montreal opened Olympic stadium to migrants, the park has already become a pop-up Little Haiti, where migrants have found the closest Caribbean restaurant to supplement their provided dinner of pork chops, rice and broccoli. Free to explore the city before the 11 p.m. bedtime, each migrant wears a bracelet with an identifying code. A three-and-a-half-year-old girl, sucking on a toothbrush, wears the bracelet fastened to her wrist at the second-tightest notch.

Naibenz Vil, wearing code 4N2, is a musician/mechanic from Croix-des-Bouquets, Haiti, where his father still grows rice, mangoes and avocados. Vil moved to Brazil after the quake, then New York for one year before bussing to the border. Unlike some of his friends, he believes he will successfully get refugee status and live the rest of his years in Canada. He wants to become a customs officer.