Why Ottawa has its hands on your sunblock

Sunscreen in Canada is regulated like a drug, and critics say it's a policy overdue for a change. 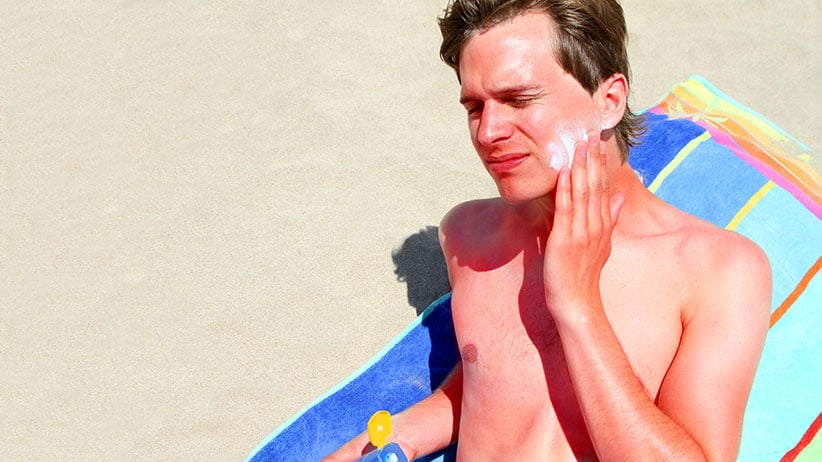 Sunscreen in Canada is regulated by the Food and Drugs Act. (Tom And Steve/Getty Images)

Sunscreen shares few properties with metamorphine, but its distribution is regulated by the same federal law. Stadiums cannot offer Coppertone in dispensers, and camp councillors cannot technically give Neutrogena to children without nurse supervision.

Every bottle of sunscreen in Canada is subject to the Food and Drugs Act. When sunscreen came onto the market in the 1960s, Health Canada recognized that the product could be dangerous, as evident from complaints this spring about Banana Boat products causing rashes and burns. Although sunscreen may need to be regulated, critics say the legislation badly needs to be tailored to match common sense.

“We get caught in this morass where we say, ‘Whoa, whoa, whoa, whoa, whoa, this doesn’t make sense,’ ” says Gerry Harrington, vice-president of Consumer Health Products Canada. “Our problem historically is we’ve only got one drug act. That’s a fundamental issue we’ve had in Canada for a heck of a long time.”

Advocates against skin cancer want to hand sunscreen out in public and encourage construction companies to give it to employees, and they want clearer rules around which types of sunscreen are regulated as drugs, natural health products or cosmetics. Lobbying Parliament for years, many Canadians want legislation to stop blocking the use of sunblock.

“It’s kind of comical because we actually can’t give sunscreen away unless there’s a medical professional [on site],” explains Annette Cyr, chair of the Melanoma Network of Canada. When her volunteers visit summer camps, they are also prohibited from giving out a drug for free, so Cyr says, “we get people to pay a penny.”

Every bottle of sunscreen in Canada is labeled, in fine print, with a Drug Information Number (DIN) or Natural Product Number, which subjects it to the one-size-fits-all Food and Drugs Act. Sunscreen manufacturers must report their stocks to Health Canada to avoid a sunscreen shortage.

A spokesperson for Health Canada says that giving out sunscreen for a charity “wouldn’t generally be considered ‘sampling’ by Health Canada,” and in July, the City of Toronto launched a pilot project that introduced free sunscreen dispensers to public parks. Cyr says the department has given her no such exemption, and under the law, she cannot give out samples of sunscreen to anyone except veterinary surgeons, dentists, physicians or pharmacists.

The rules make sense for many kinds of drugs—“you don’t hand out antibiotics or cancer drugs to a non-suspecting public,” Harrington says—but less so for self-care products. The law, in fact, has led 10 types of Trident chewing gum to be considered drugs; since the packages claim to prevent cavities, they require DIN numbers. Harrington says the company also tried advertising as a treatment for gingivitis, but gave up due to the cost of meeting Health Canada’s requirements. He says: “You can’t charge $40 for a package of gum.”

But stores can charge $20 for a family pack of Coppertone. Health Canada doesn’t regulate the price of sunscreen, and since Canadian distributors have less competition, shoppers pay a premium compared to the U.S., where sunscreen doesn’t have DIN numbers and Floridians can find sunscreen for sale in corner stores or dispensed like hand sanitizer. Americans pay $3-5 for a bottle of sunscreen made by a brand called Pure Sun Defense, sold at Kmart, while Canadians pay double for the cheapest sunscreen sold at Loblaws. Cyr has lobbied Health Canada to remove the DIN number entirely (she also hopes the Prime Minister’s sunny ways will remove the general sales tax for sunscreen, after Stephen Harper’s government scrapped it from tampons).

Critics still want a degree of regulation because sunscreen can be shady. “Filthy or decomposed” substances, and other foreign matter, is banned from products under the law, which also monitors chemicals like titanium dioxide, which is found in most sunscreen. Without oversight, the public might see more injuries like that of a 12-year-old British Columbian boy in June, whose mother told Health Canada that he suffered blisters from a bad batch of Banana Boat.

“Sweat proof,” “water proof,” and other claims of excellence are also monitored by Health Canada, as well as the sun protective factor. Regulation helps protect shoppers from false advertising, but in terms of preventing sun injuries, Harrington says, “there’s no better way of doing it than handing out the product at the opportune time.”

After Harrington met with Health Canada last year, the department says it’s holding consultations to “modernize” how it regulates all self-care products, including sunscreen. It reports no plans yet to change legislation, but the time is opportune.

Correction, Aug. 29: This article previously stated that sunscreen cannot legally be sold at corner stores or other stores without pharmacists on site. Health Canada does not in fact regulate the place of sale of sunscreen.