Why Quebec is fighting against its rights 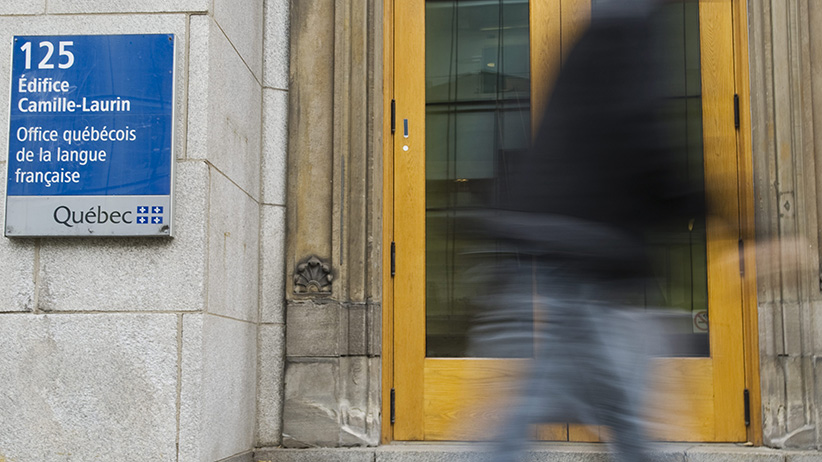 Like much of its brethren outside of Quebec, Yukon’s French population faces a constant demographic challenge. Less than five per cent of the territory’s population have French as a mother tongue, according to the most recent census data. Survival of the language is largely predicated on French institutions like École Émilie-Tremblay, Yukon’s sole French school.

In 2009, the Yukon government sought to strip the Commission scolaire francophone du Yukon, which oversees the school, of some of its funding and powers to recruit students from beyond Yukon’s 1,630 francophones. The matter went all the way to the Supreme Court of Canada.

The school board’s plight would seem to have a natural ally in the Quebec government, often considered North America’s most formidable protector of the French language. And the government did indeed intervene in the case—against the school board. Giving the board such recruitment powers, Quebec’s attorney general’s office argued, “would compromise the fragile balance of Quebec’s linguistic dynamic.” Last May, the Supreme Court rendered a decision that mostly sided with the Yukon government.

“We were surprised and upset at Quebec’s involvement. We tried to convince [Quebec] lawyers to support or case or at least stay home so they wouldn’t hurt us. We weren’t able to do so,” says Roger Lepage, one of three lawyers who represented Yukon’s French school board.

It isn’t the only time that the Quebec government has gone to court to intervene against a francophone minority outside of the province. In fact, according to l’Observatoire national en matière de droits linguistiques, a nascent language rights observatory affiliated with Université de Montréal, Quebec has a long history of suppressing rights of non-Quebec francophones.

This curious pattern is among the observatory’s first findings; its co-founder, Frédéric Bérard, has expounded on it for his doctoral thesis to be published this summer. “Since even before the 1980s, the government of Quebec has never once helped French speakers outside the province in front of the courts,” says Bérard. “Essentially, Quebec has hurt the French fact in Canada outside Quebec’s borders.”

In an interview, Quebec Intergovernmental Affairs Minister Jean-Marc Fournier said linguistic minority rights “wasn’t a motivation” for the government intervention; rather, Quebec wanted to ensure that admissibility to educational facilities remains a provincial, and not a school board, jurisdiction.

Yet the government’s own brief in the Yukon case suggests Quebec worries about affording the same rights to its own linguistic minority—Quebec’s 835,000 anglophones—that other provinces would give to French speakers.

By law, only students of parents who went to English school in Canada can attend English school in Quebec; everyone else, Quebec’s francophone population included, is legally mandated to attend French school. (The law doesn’t apply to private schools.) “In the Quebec context, where English has a strong power of attraction to francophones and allophones, increasing the powers of the province’s anglophone school boards would have grave consequences for the protection of the French language,” reads the brief from Quebec’s attorney general.

Quebec’s intervention against minority linguistic rights outside the province is enduring and bipartisan. In 1989, Quebec’s Liberal government intervened in the landmark Supreme Court case of Jean-Claude Mahé, which sought to enshrine the rights of linguistic minorities to have their own school boards. Quebec argued against the right. (Mahé won.) In 1999, the Quebec government again intervened in the case of Jean Beaulac, a convicted murderer from British Columbia who, the Court ultimately decided, deserved to have his trial heard in French in his home province.

Following the Beaulac decision in 1999, Parti Québécois justice minister Linda Goupil gave a decidedly bizarre press conference in which she said the case would “limit the collective capacity of Quebecers to protect the blossoming of their language.” She then quoted Voltaire—“The joy of some creates misfortune for others,” she said—and promptly refused to take any questions in English.

Quebec’s interventions in linguistic minority cases “are seriously disappointing for activists in minority language communities,” says official languages commissioner Graham Fraser, whose office intervened in favour of Yukon’s French school board. “They see Quebec as a potential ally, and they feel they’ve been betrayed.”

Fournier balks at the interpretation, noting that the Quebec government is now giving $25,000 a year for the next five years to various francophone initiatives in the Yukon. “We are the first to promote French in Quebec and across the country,” Fournier said.