Why buy a city home when you can get a whole town instead?

All over Canada, entire towns are listed for less than some small houses in the city—but owning one can come at a steep price 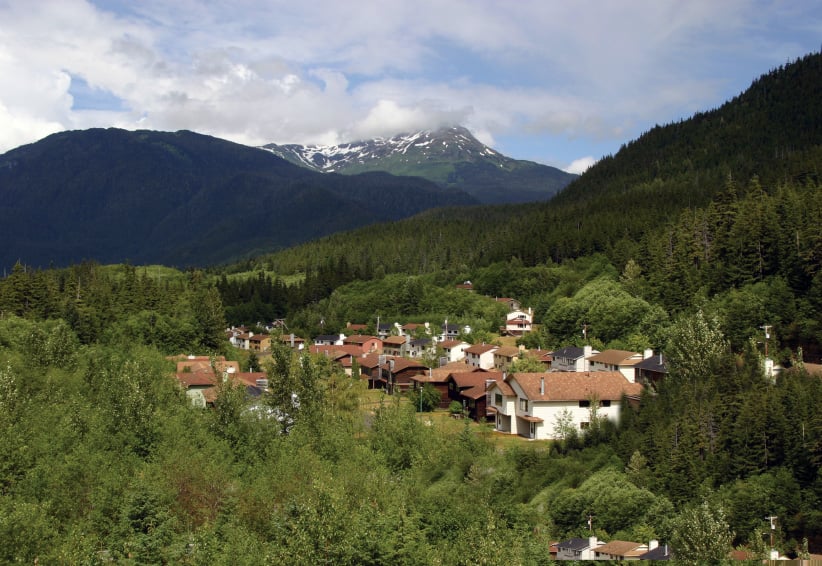 In pursuit of happiness, a Canadian occasionally decides to buy an empty town. The buyer can become mayor, police chief and priest, claiming, through a real estate agency, agency of life. “It’s the romantic notion of being able to control your own destiny,” says John Lovelace, a realtor who has sold a town in British Columbia. “It’s a control thing.”

Town buy-and-sell has become a niche market in Canada, and is certainly one of the stranger trends in a country that has gone real estate crazy. A former settlement in B.C. is currently listed at $1.2 million; another north of Montreal is up for $2.8 million, and others are privately owned in the Prairies. These places were abandoned through urbanization or mine closures in the 20th century, and they’re now advertised by the likes of Century 21. However, from dreams of freedom come the drudgery of sewer maintenance, snow removal and five-figure electricity bills. And since an empty town tends to have no taxpayers, buying one can be a financial mistake.

“The vision and reality are different things,” says Lovelace, who recently sold a former gold mining settlement north of Whistler named Bradian. After Bradian was no longer incorporated as a municipality, a Vancouver couple—two flight attendants—bought all the properties from the province—22 houses in total—along with the sewers, water pipes and ﬁre hydrants. They spent summers restoring the place as a hobby, then sought Lovelace to sell it in 2010. Potential buyers envisioned the snow-powdered oasis as a retirement refuge or religious commune, naive to the need for carpenters, lawyers, surveyors and an engineer to test soil stability. “Everyone just thought they could show up with a can of nails and a tin of paint,” Lovelace says. He sold Bradian for $995,000 to a Chinese company that hoped to repopulate and sell the plots at a profit, but the company is now trying to unload it again, this time for just over $1 million.

Town owner Krish Suthanthiran is more determined to bring settlers to Kitsault, B.C., another former mining hub. The businessman has now spent in excess of $25 million in renovations and hires 20 staff each summer to fix roofs, mow lawns, replace pipes, clean swimming pools and hot tubs, and stock the hospital with full IV bags—all in an effort to attract residents.

“This year, we will have many, many more staff as we are trying to accelerate the completion of the renovation of the town,” Suthanthiran says by email. He aims to convince Spectra Energy that one of its proposed gas pipelines should be built to end in Kitsault, which could handle the exports, shaving distance off the original route to Prince Rupert, B.C. If Spectra workers move to Kitsault, Suthanthiran would be able to apply to the B.C. cabinet to incorporate Kitsault as a municipality, hold elections and collect taxes. For now, he spends $50,000 per month on electricity alone.

Other ghost towns hold potential. Bennett, B.C., boasts a former brothel called the Arctic Hotel, which was operated by Donald Trump’s grandfather in 1899. That makes it an obvious tourist attraction, according to the Carcross First Nation, which controls the land. The band is partnering with Parks Canada to rejuvenate Bennett.

Then there’s Canadiana Village in Quebec. “Village for sale!” reads the listing for the cluster of 45 properties located north of Montreal, which includes a taxidermy store, a prison and all their contents. The village is currently used as a movie set but could become a cottage country destination. Through Sotheby’s International, the town’s current owner is asking just under $3 million. Jérémi Sirois, a Sotheby’s realtor, admits the town will require work. “This is no project for someone who wants do it all by himself!” Sirois said by email. “In this case, we are lucky enough to have access to wonderful buyers from all over the world who are interested in this jewel of a property and are up for the challenge!”

The whistle stop of Mowbray, Man., could be a long-term investment for the truck driver who bought it last year with his inheritance, according to people in the region. The town holds a Canadian Pacific railway station, a schoolhouse and a community hall, based on photos from the Manitoba Historical Society. Meanwhile, the town of Sandon, B.C., almost entirely owned by a single British Columbian, could one day lure train connoisseurs to witness eight vintage trolleys that operated throughout the province before being abandoned in Sandon.

Lovelace himself now owns a collection of 44 properties, including a saloon and horse barns, called the Flying U Ranch, northwest of Kamloops, B.C. Since retiring from real estate, he has turned the ranch into a destination for horseback riders and hobby pilots from as far away as Switzerland. Although Lovelace is responsible for the sewers, wells and roads, he does not consider the ranch a town, and he does not call himself mayor. Instead, the ranch is a corporation, of which, Lovelace says, “I’m president.”