Opinion: What started as a single campaign against Keystone now amounts to a categorical rejection of the whole oil sands business 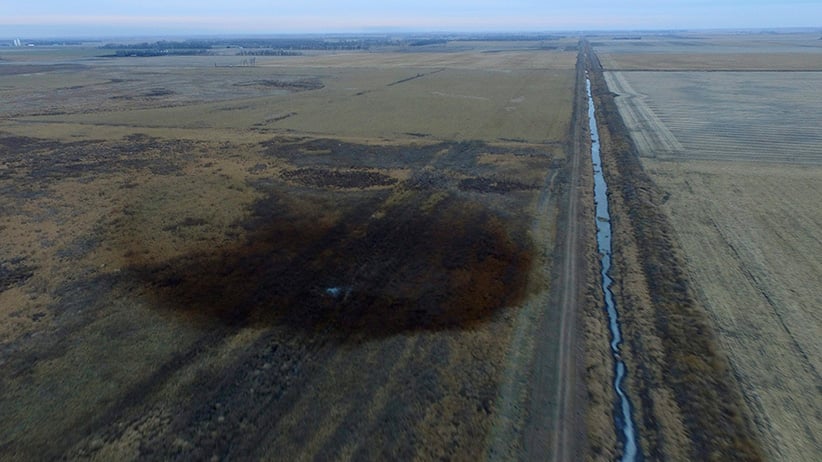 Chris Turner is the Calgary-based author of The Patch: The People, Pipelines, and Politics of the Oil Sands.

After nearly ten years of legal wrangling, political grandstanding and international protest, the Keystone XL pipeline cleared its final regulatory hurdle this week when Nebraska’s Public Service Commission gave its assent to the project. Still, there likely wasn’t cause for much celebration in Calgary’s office towers, not least because the approved route was an alternate to the one preferred by its builder, TransCanada Pipelines, and thus sure to bring new legal challenges and land rights disputes. More troubling than that, though, was the news that landed just before the approval—a major leak in the original Keystone pipeline, which spilled 210,000 gallons of diluted bitumen into a farmer’s field in South Dakota, and thereby reminded everyone along the various routes that oil sands producers would like to send their products that there’s no such thing as a leakproof pipeline.

From the industry’s point of view, the Keystone spill was a minor disaster, properly contained—the pipeline’s emergency shutdown mechanisms kicked in within fifteen minutes of detecting the leak, and the oil didn’t contaminate local waterways. There are about 200,000 miles of pipe carrying fossil fuel liquids from place to place in the United States, and spills like this one, while regrettable, are commonplace. By one estimate, the Keystone leak was the thirteenth largest of more than 1,500 crude oil pipeline spills in the U.S. since 2010. If the United States is to produce nine million barrels of oil each day and the world consumes more than 90 million, such is the cost of doing business.

READ: Why oil sands protesters and companies both get it wrong

But there is a reason why 210,000 gallons spilled from the Keystone pipeline have repercussions that did not come to bear on the 672,000 gallons leaked into the Gulf of Mexico by an LLOG Exploration pipeline in October, or the 530,000 gallons that poured from a Belle Fourche crude oil pipeline into a North Dakota creek in December 2016, or the 319,000 gallons spilled from a Seaway pipeline in Cushing, Oklahoma, in October 2016. It’s the same reason why none of those spills prompted prominent coverage in the New York Times or inspired Senator Bernie Sanders to take to Twitter to announce that “pipelines are dangerous and must be stopped.”

Only the Keystone name and the bitumen it transports draw such ire. And this presents a major challenge to the whole oil sands business that shows no signs of dissipating. If the industry intends to make a case to lawmakers and the public in Canada and beyond for its ongoing viability, that case begins from a place where a significant and active minority view the oil sands as the single worst environmental criminal on the planet. What began as a symbolic campaign against Keystone XL became the end in itself, the whole target. The map became the territory. To stand against an oil sands pipeline is to fight the whole climate change catastrophe on its most urgent front.

Whether the industry has committed all the crimes on its rap sheet matters less than the fact that any further misstep is so likely to make the pages of the New York Times. The onus is now on the industry to prove that it represents no singularly enormous harm; incidents like the Keystone spill damage that case for the whole business and bolster opposition to other projects, like Kinder Morgan’s planned expansion of the Trans Mountain pipeline.

Oil sands producers and especially pipeline companies find themselves in a tangle of thick political weeds that they’ve shown little skill at navigating their way through. Their flat-footedness is perhaps understandable, since they had no need for such dexterity as recently as ten years ago, when public scrutiny of their work was minimal. In 2008, for example, Kinder Morgan completed an expansion of its Trans Mountain system that involved laying 160 km of pipe in Jasper National Park and Mount Robson Provincial Park in the Rocky Mountains. The National Energy Board hearing on the project drew exactly four interveners. And in 2010, Enbridge completed its 1,600-km Alberta Clipper pipeline from central Alberta to Superior, Wisconsin with so little hue and cry that the Regina Post-Leader dubbed it “the invisible megaproject.”

These projects, not even a decade old, are remnants of a different era, when the baseline necessity of oil was the start and often the end of any pipeline debate. To be categorically against pipelines, the industry understood, was akin to categorically opposing power lines or highways. How else would you propose to run an advanced industrial economy? And so the industry treated its critics like annoying speed bumps en route to a destination that was inevitable. Even as the more muted complaints of local and regional environmental groups built into a global crescendo in opposition to Keystone XL and the climate threat it posed, industry responses stuck to the usual mix of rote reassurances and unconvincing safety pledges—pipelines that might never leak, spills that would always be tidily contained, emissions that were close enough to the norm. These measures were accompanied at times by recklessly divisive boosterism from federal and provincial politicians—as natural resources minister in 2012, Joe Oliver engaged British Columbia’s environmental activist community on the pipeline question with an open letter that was the rhetorical equivalent of a hockey enforcer’s dropped gloves.

The net result of all the pushback, in any case, was to entrench an opposition that began with a single campaign against Keystone XL but now amounts to a categorical rejection of the whole business. And that opposition is certain to make sure last week’s Keystone spill is front and centre in the clash soon to come in suburban Vancouver over Trans Mountain. It shows every sign of being a vicious affair, maybe the most pitched environmental battle in a generation. And it shows every sign of inevitability.

The middle ground between these two camps has grown so thin it sometimes seems to leave only enough room for Justin Trudeau and Rachel Notley to dance urgently upon it, hoping to conjure a wider consensus, a plateau broad enough to balance Canada’s abundant fossil fuel resources with its climate change goals. And yet the majority of Canadians actually live in that middle strip—80 percent of us (and 71 percent of British Columbians) are either in favour of or neutral toward the prospect of new pipeline construction. The fastest growing group are the neutrals, caught between pitched partisans, searching for a less divisive way forward.