Why the Rebel's yell won't be stifled so quickly

Ezra Levant has built up a money-making operation through videos and donations. With its international audience, it's unlikely to wither. 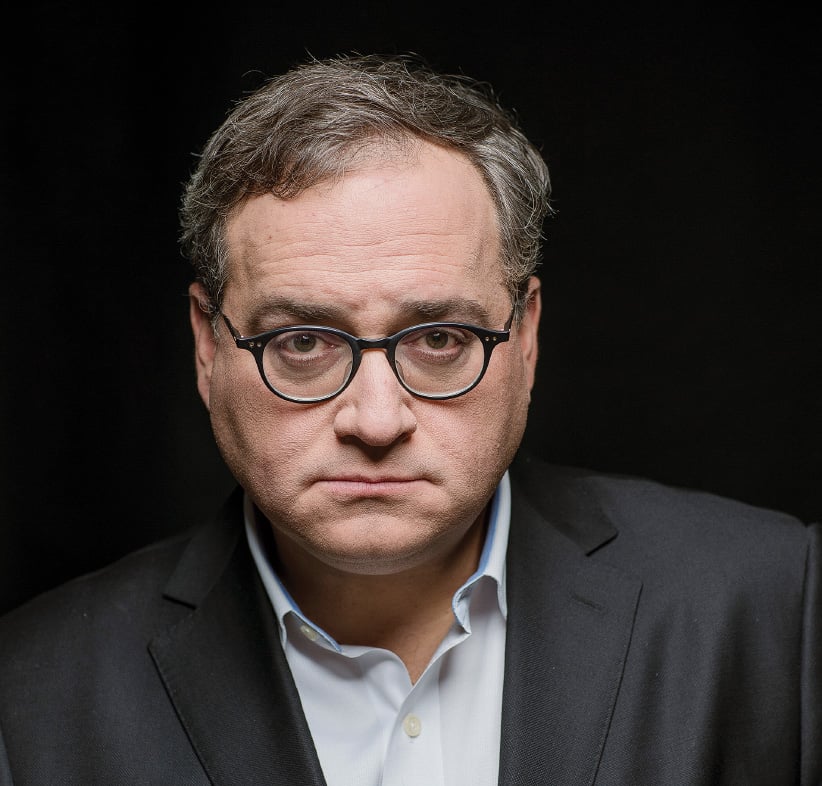 It’s never a good week if you have to loudly and repeatedly profess to the world that you’re not a white nationalist or racist, like Rebel Media “commander” Ezra Levant did after one of his colleagues showed all kinds of appreciation for the white supremacists marching in Charlottesville, Va., last week.

If his Monday and Tuesday were bad, as some contributors began quitting, Thursday was a tornado: word broke that top Rebel host Gavin McInnes was leaving, a ship line cancelled his Rebel cruise, he canned his other big draw Faith Goldy for doing a neo-Nazi podcast, Conservative leader Andrew Scheer said he will no longer do Rebel interviews, and a recently fired U.K. correspondent released a YouTube video lashing out at Levant and the Rebel’s business model.

With this many wounds in a single day after taking many beatings already, it’s tempting to wonder if this activism-media beast might quickly bleed out or suddenly expire.

Losing his most click-friendly talent and the legitimacy that political interviews provided would, for many a web upstart, spell doom. But death-forecasting isn’t so simple. The Rebel’s finances are a black box; it’s unclear whether it’s in fact the plucky crowd-funded grassroots site Levant has insisted it is or whether there might be some larger benefactors (who may not love the white identity politics the Rebel has lately peddled in).

But from what we do know about how Levant’s venture pulls in money, he’s not going to wither away all at once–though the latest hits will hurt him, and he’s shifting from days of rapid growth to salvaging the base.

The Rebel boasts more than 874,000 YouTube subscribers, a 62-per-cent increase since January, and lifetime views (since launching two years ago) now surpass 259 million. YouTube ad rates range widely–between 50 cents and $10 per 1,000 views–but it’s likely safe to say that’s, on the low side, a few hundred thousands dollars a year for an organization that lacks the high overhead or production values of conventional broadcast media (this tracker estimates up to US$905,000 per year). [UPDATE: By late afternoon Friday, Rebel YouTube subscribers dropped below 866,000, compared with the above-mentioned figure captured a day earlier. Losing 8,000 regular viewers in a day isn’t crippling, but does signal politicians and contributors aren’t the only ones ditching Levant’s outlet.]

Here’s the problem: of the 30 most-viewed videos of all time (873,000 clicks each, or more), half of them were rants by Gavin McInnes, the Vice founder who long ago cut ties with that organization and has rebranded as a chauvinistically brash and decidedly jerkish pundit who founded the Proud Boys group, which disrupted an Indigenous demonstration in Halifax last month.

Levant has confirmed McInnes will be gone to a competitor at month’s end; we’ll see if his international following of frat dudes and bros leave with him. Another five of the top 30 videos are by Lauren Southern, who left this spring. Since the YouTube videos run from the Rebel website, this could be a good indicator of who’s attracting clicks, and the degree of star power Levant has lost.

Levant attests that this is his largest source of revenue. A “donate” button appears all over his website on every page, and he’s constantly making special pleas for legal defence funds, travel projects, infrastructure upgrades, and so on.

Among the many unproven allegations made in a video Thursday by a disgruntled former correspondent in an expose-style rant was that the Rebel was pulling in more money than it needed. If anything, that’s a sign that his fundraising pitches fare well. The Rebel also boasts hundreds of thousands of names on its email list, gathered by the same NationBuilder software that political campaigns use through relentless solicitation of contact info on petitions. So if even one per cent will respond with $10 each to one of Levant’s donor pleas, that’s easily more than $20,000 in one shot.

Activists have persuaded hundreds of companies to yank website advertisements, but those are much smaller dollars than Rebel’s donations, Levant has said.

Levant insists that not only can nobody else provide what the Rebel provides, but that the political, media and business classes are conspiring to shut him down. Now Levant is fundraising for the spectre that YouTube will shut them down, and he needs to build a replacement app.

Here’s one sign that Levant’s donor pitches work: he’s sent Rebel staff in the last year to Israel, India, Morocco, Iraq and repeatedly to the United States, including last weekend in Charlottesville.

The loss of McInnes and other top draws to the website stands to hurt giving to this non-charity. But how many will actually bother to unsubscribe from Levant’s mailing list and its regular, exclamation-mark-laden alerts?

The activist-media outlet holds rallies and speech-fests occasionally. It helps give fans the warm fuzzies when they get to see Rebel stars in the flesh, but Levant gets something out of it too. He sold tickets to a gathering in Toronto in June. Last year, when Maclean’s attended a Rebel rally in Calgary, Levant pleaded for donations. His colleagues walked around with buckets that attendees eagerly stuffed with dollar bills, mostly 20s; so much so that they had to empty out some buckets and do second runs. That’s where the diehards come, and they come with wallets at the ready.

The cruises always appeared to be a mixture of brand loyalty enhancement and revenue generation; Levant has hosted celebrity cruises for his past media ventures as well, Western Standard magazine and Sun TV. Norwegian Cruise Lines has cancelled on Levant in the wake of an activist campaign drawing attention to the Rebel’s inflammatory content. It’s hard to imagine that another cruise line will pick up this cargo; event venues may also get targeted to reject hosting Levant’s crew in the future as well.

Canadian conservative politicians have finally turned on the Rebel; Scheer, as well as Alberta’s Brian Jean, a United Conservative leadership candidate, have said they will no longer appear on the site unless it changes its editorial direction.

Most of the recent contributor departures have also been Canadians. As perceptions of the Rebel shift more and more from being Canada’s conservative outlet to its alt-right channel, domestic audience will likely suffer.

That might be okay. For a long time, Levant has been courting Islamophobic and pro-Trump audiences in other countries, with correspondents and sub-channels in the United Kingdom and Australia. The Rebel’s American coverage doesn’t care much about NAFTA, but plenty about MAGA (Make America Great Again). So if those donations dry up from Canada but keep rolling in as U.S. dollars or British pounds, that doesn’t sound so shabby.