Why the Tories said no to a star candidate in Newfoundland

Ches Crosbie's family’s political roots go deep in Newfoundland. And yet his career was crushed before it began. 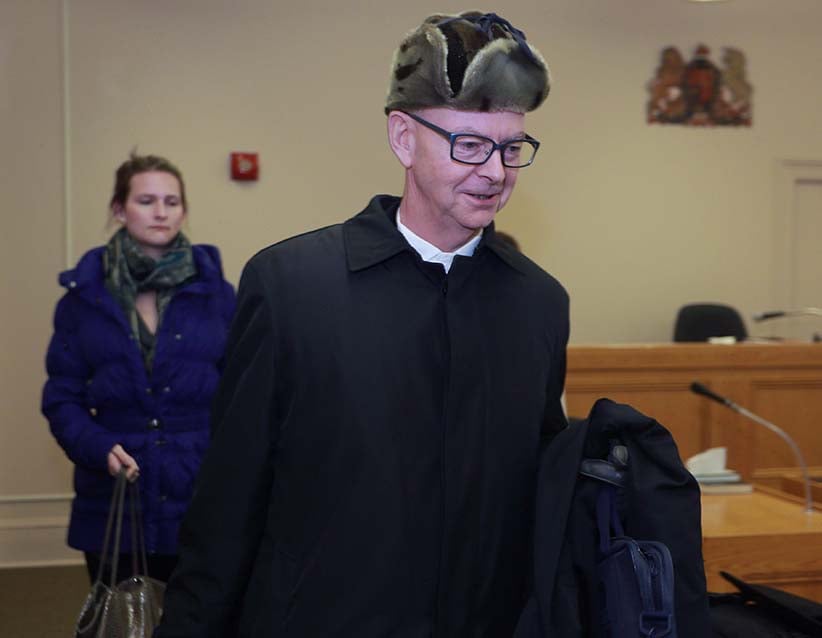 George Crosbie moved to Newfoundland in 1858 and established himself as a successful businessman and hotelier. John Chalker Crosbie, a son of George, was elected to Newfoundland’s House of Assembly in 1908, would go on to serve in government as a minister, and was knighted in 1919. Chesley Crosbie, son of John, became a player in Newfoundland’s path to Confederation. And John Carnell Crosbie, son of Chesley, then spent a decade at the Assembly before moving to federal politics, where he served as a cabinet minister under two prime ministers.

John Crosbie, the younger, established himself as a quotable personality and political force. So it was a matter of interest when his son, Ches, announced last December that he was seeking the Conservative candidacy in the riding of Avalon. But Ches Crosbie’s political career is now most notable for its sudden stop. His candidacy was rejected last week by party officials, setting off several days of controversy and drawing out John Crosbie, who defended his son and denounced the party in typically colourful fashion.

Ches’s chances of actually winning were likely slim. But, with him might have gone any chance of a Conservative win in Newfoundland and Labrador. Indeed, whatever the Conservative party’s lack of interest in a son of one of the province’s most famous families, it is at least matched by the province’s current antipathy to the Conservatives. “It’s likely the least hospitable province for a Conservative candidate right now,” says pollster David Coletto of Abacus Data.

Though not the firebrand his father is, Ches Crosbie is a prominent lawyer and a Rhodes Scholar. “There was a little hope around his candidacy,” says Tim Powers, a Conservative strategist from Newfoundland and a cousin to both John and Ches. Scott Andrews won the riding by 1,200 votes as a Liberal in 2011, but he was ejected from the Liberal caucus last fall amid allegations of misconduct.

The Conservatives will only say that Ches Crosbie’s rejection is “an internal party matter.” Unofficially, explanations have focused on Crosbie’s performance as a Shakespearean version of the Prime Minister (“MacHarper”) in a satirical play, a seemingly unremarkable interview he gave to the Hill Times, in which he discussed his chances, and his work as a lawyer in a class-action lawsuit launched against the federal government by former students of residential schools. “The decision-makers at party headquarters in Ottawa decided I wasn’t the type of candidate they wanted,” Ches Crosbie said in a statement. “That’s unfortunate, because I think I could have been the strong, independent voice that the people of Avalon deserve in Ottawa.” John Crosbie told a reporter his son should run as an Independent. “I feel like running myself and beating the piss out of them,” he said.

It might have been the possibility of independence that raised concerns. “I think, in large measure, the concerns were probably really about [whether] Ches would be a bit like his father, a candidate who would do his own thing to succeed,” Powers says. But then, possessing some version of one’s own thing is perhaps the only way a Conservative is going to be elected in Newfoundland this fall. “If Ches or anybody else were going to get elected there, they were going to have to do it on their own coattails,” Powers argues.

Conservatives won three of Newfoundland’s seven seats in 2006, but, a year later, then-premier Danny Williams launched an “Anything but Conservative (ABC)” campaign, loudly encouraging Newfoundlanders to avoid voting Conservative, after he clashed with the federal government over equalization payments. The Conservative share of the Newfoundland vote in the 2008 election fell to 16.5 per cent—down from 42.7 per cent—and the Conservatives were reduced to zero seats.

The Conservative vote rebounded to 28.4 per cent in 2011, and Peter Penashue eked out a 79-vote win in Labrador, but he lasted less than two years—resigning after the discovery of ineligible campaign donations, then losing a by-election.

According to a survey released last week by Abacus Data, conducted before the news of Ches Crosbie’s disqualification, just 13 per cent of Newfoundlanders support the Conservatives. Sixty-nine per cent held a negative view of Harper. One Conservative attributes the party’s poor polling to the lingering effects of the ABC campaign, along with the controversies around the closure of a search-and-rescue centre in St. John’s, as well as potential compensation to Newfoundland fisheries for losses related to a free-trade deal with Europe.

If there was little chance of a victory in Newfoundland, there might have seemed little reason to run a candidate who presented even a slight chance of complication. “If you know you’re not going to win a seat in Newfoundland and Labrador, what you want to do, generally, is have candidates who aren’t going to be a distraction,” Powers suggests. Still, he says the party has suffered a “self-inflicted wound”; it should have at least found a way to deal with Crosbie earlier and quietly.

In announcing his disqualification, Ches Crosbie left open the possibility that he could again seek office in future. So another Crosbie might win power yet, with or without the Conservative party. Perhaps in the current situation, being rejected by the Conservatives will be a badge of honour in Newfoundland.