Why we should give children the vote

Here's one fix for youth voter apathy. Don't wait till they're 18; start them at 4. Sarmishta Subramanian on why we should #Givekidsthevote. 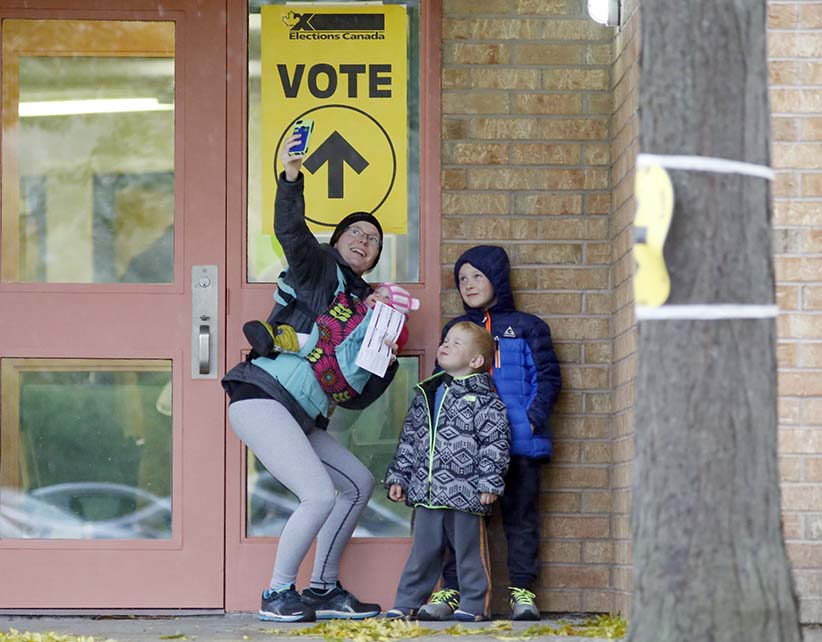 Alexandra Pettit takes a selfie with her kids at the Gloucester Presbyterian Church polling station, in Ottawa, after casting her vote in the Canadian federal election on Monday, Oct. 19, 2015. (PATRICK DOYLE/CP)

I was in my mid-twenties before I could vote in an election. As an Indian expatriate, I was forced to sit out agonizingly lively campaigns in both the U.S. and Canada, before becoming a Canadian citizen. I’ve voted with a vengeance ever since.

My son will have a very different memory of his first vote: He cast his first ballot this morning at age 4, after I yanked him out of junior kindergarten to accompany me to the polling station 100 m away. He didn’t get a ballot, of course, but he stepped into the polling booth and used the Elections Canada-issued pencil to scrawl in his choice on a piece of card-stock paper I supplied. (Spoiler alert: Orange is his favourite colour.) When the good-humoured volunteers allowed him to drop his ballot in the box, it was a thrilling moment for him. 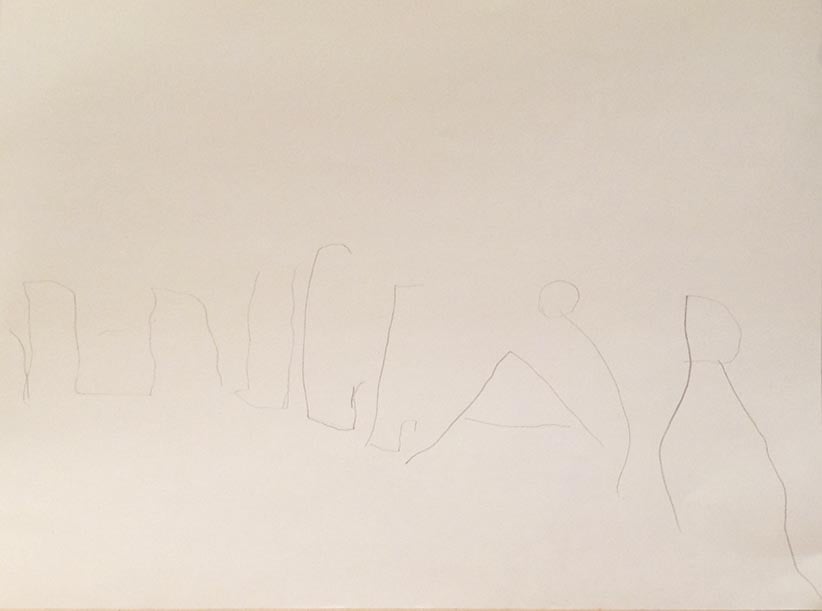 The ‘ballot’ cast by the author’s son (Supplied photo)

It’s a moment every kid should have. We bemoan the apathy of voters aged 18 to 24. Here’s a simple fix: Don’t wait till they’re 18.

That idea is gaining traction. Lots of elementary- and high-school students already get to vote via the Student Vote program, a partnership between Elections Canada and the civic organization Civix. Across the country, 7,500 schools have signed on—“more than half of all schools in Canada, and more than we’ve ever had participating before,” says Dan Allan, the program’s research and communications coordinator. Student Vote organizes a parallel student election, as well as seminars, a student poll that assembled a list of questions for the federal leaders, and, this year, an entertaining meme war, thanks to the enterprising Grade 7 and 8 students of Aaron Warner, a teacher at Douglas Park Elementary School in Regina. (One clever entry used an image of the “interesting man” from the Dos Equis commercials, with the text: “I don’t always vote NDP, but when I do . . . it’s never.”) After election day, Student Vote posts the results—which, incidentally, aren’t far off from the actual election results; in 2011, students voted in the Conservatives (with 130 seats) followed by the NDP (113 seats) and the Liberals (47). The group has worked on 26 elections to date—every federal campaign since 2004, notes Allan, and many provincial and municipal races, too.

That’s impressive. But it’s still some schools, and some elections. There’s no reason we shouldn’t also make voting by children a routine part of every election—federal, provincial and municipal. It can cost as little as the price of placing a children’s ballot box in every polling station. These votes don’t even have to be enumerated, as they are in Student Vote programs, whose aim is more ambitious. What matters here is the exercise of showing up at the polling station, and casting a vote, that simple act that 41.5 per cent per cent of adult Canadians didn’t seem to manage in the last federal election.

We could also learn something from the #TakeAGirlToVote initiative, which lit up Twitter all day. There were selfies, photos and effervescent tweets from women—and lots of men—who took their daughters with them to the polls, perhaps deciding that even if it hasn’t been a great election for women, it can be one that girls will remember. Daorcey Le Bray, communications adviser to Calgary Mayor Naheed Nenshi, was there with his daughter. Darlene McLeod, a designer and self-professed home-schooler, took two girls to her Ottawa polling station. One voter—Elaine Allen, who also happened to be the Conservative candidate for Vancouver Centre—borrowed a neighbour’s kid for the occasion. Another, Calgary writer and artist Tamara Lee, took her daughter for ice cream after, “because Pavlov.”

The #TakeAGirlToVote project is a wonderful initiative from Equal Voice, the Ottawa-based organization with the aim of driving up the numbers of women working in government. It makes simple sense: Get girls involved in the process early, and they’ll be more likely to remain engaged with politics.

We should borrow a page from their playbook. Even while we encourage girls—a mandate that requires all the support it can get—we should also aim broader. After all, while the gender gap in government is wide, young men aren’t any more engaged than young women: Voting rates for men aged 18 to 24 in the 2011 federal election were actually slightly lower, at 37 per cent, versus 41 per cent.

Getting kids voting may even drive up engagement among adult voters. The enthusiasm was certainly infectious on Twitter—not to mention at Thanksgiving dinner in our household, which included an energetic discussion of voting preferences, led by a four-year-old. “Nobody is voting for Stephen Harper,” he pronounced, reporting on the proportions of signs in our neighbourhood. He knows the names of the leaders, and the name of his candidate, at least. Let’s set up a kiddie ballot box, and I bet all his friends will vote, too. #GiveKidsTheVote.