Kenney declined to comment, but both Alberta PCs and Wildrose appear to reject the reported idea of uniting the right 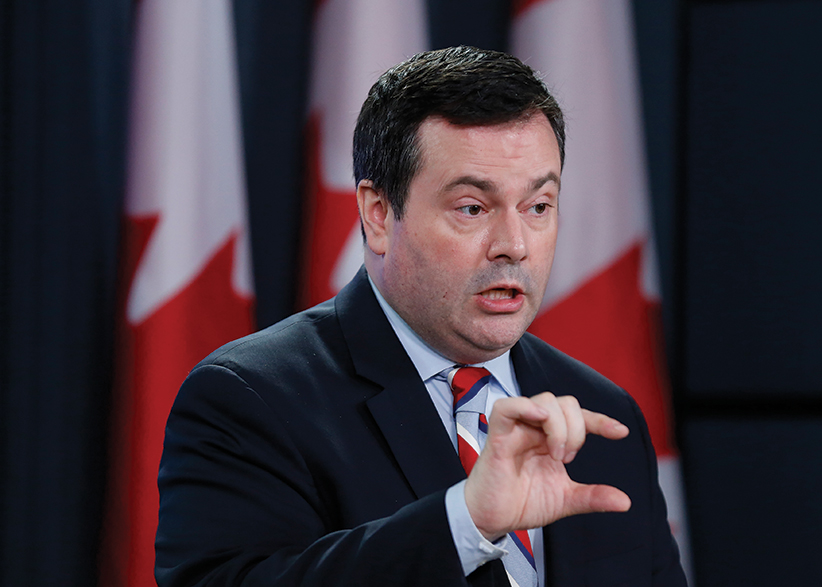 After the Progressive Conservatives made it clear Tuesday they are looking for a leader but aren’t keen to merge, the Wildrose caucus announced Wednesday it’s happy to link up — but only under its banner and with its leader, Brian Jean, calling the shots.

“We welcome anyone willing to get involved with Brian Jean’s efforts to consolidate conservatives,” the Wildrose caucus said in a statement.

“(But) Wildrose under Brian Jean is already set to defeat the NDP government in 2019 and has a growing campaign war chest to do so. Brian Jean is Alberta’s most popular leader and has the growing confidence of Albertans across the province.”

The Wildrose declined to make Jean or anyone with the caucus available for an interview.

MORE: Can Jean’s Wildrose rise from the ashes of Fort McMurray?

Party president Kathleen O’Neill said Wednesday the decisions reflect a renewed determination to give power to the rank and file. The party is also changing to a delegated leadership convention, to be held in the spring of 2017, rather than allowing people to buy a one-time membership to cast a ballot.

“This will not be top-down,” said O’Neill. “The membership will be able to choose the leader.”

O’Neill declined to comment on the Kenney rumours, citing respect for the impartiality of the leadership process.

Kenney declined to comment but has said it’s crucial for conservatives to work to derail Premier Rachel Notley and her NDP.

Uniting the parties has legal challenges, given that merging parties under provincial rules would require the retiring party to hand its cash over to the province instead of to the conqueror.

The bigger problem could be political. The Wildrose movement was launched by disaffected Tories about a decade ago and the two sides have historically shown as much mutual love as two scorpions in a bottle.

The Wildrose grew out of anger with former PC premier Ed Stelmach’s top-down leadership style and a perceived determination by the province to erode private land rights.

The two sides never reconciled as the Wildrose gained popularity.

They have since carved out their own spots on the right-centre of the political spectrum — the Wildrose further to the right on fiscal issues, the PCs leaning leftward on social ones.

The PCs tried to kill the Wildrose in its cradle, calling a snap election just weeks after two competing parties merged to form the Wildrose Alliance in 2008.

The ensuing battles were rancorous and petty as the Wildrose became the Official Opposition under Danielle Smith in 2012.

The PCs fought the Wildrose on having Smith’s name on letterhead until she won a seat in the house. The Wildrose tested the Speaker’s patience, walking a fine line by accusing the PCs of criminal behaviour. Cabinet minister Thomas Lukaszuk once dared Wildrosers in the house to step outside to duke it out.

There was tension between federal and provincial Conservatives, with the provincial PCs warily eyeing their federal cousins as covert Wildrose sympathizers.

Kenney himself contributed to the simmering animosity when, as immigration minister in 2012, he sent out a private email reply later leaked in which he called Lukaszuk “a complete and utter a-hole.”

In December 2014, new PC leader Jim Prentice appeared to have ended the war for good, leading to a mass floor crossing of the Wildrose caucus to the Tories, including Smith. Instead, the defection led to voter anger and boomeranged, propelling Jean and the Wildrose back to official Opposition in 2015 and the PCs to third-party status.

In recent months, some members of the parties have held informal talks on reuniting but nothing has come of them.