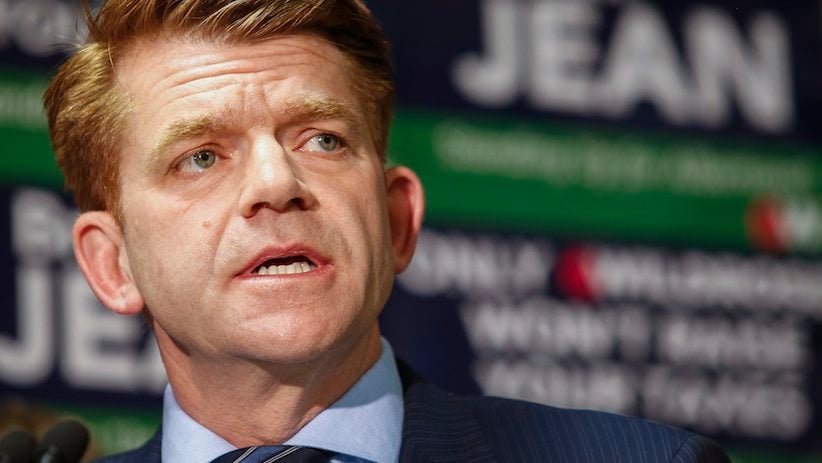 EDMONTON — The NDP government’s plan to get Alberta out of the low-oil debt spiral is only going to make things worse, Wildrose Leader Brian Jean said Tuesday in a televised, provincewide address.

Jean said the province can’t spend and borrow its way out of the current fiscal crisis.

“Interest payments will soon be the largest expense in government after health, education and social services,” said Jean in the short speech, which served as a rebuttal to last week’s kitchen-table TV address by Premier Rachel Notley.

“Credit rating agencies are taking notice. Large deficits have become the norm over the last decade and it’s just not sustainable.”

Ceci has already said it will contain a $10-billion deficit, and government spending has the province on track to rack up $50 billion in debt by the end of the decade.

Jean said there are solutions available, such as reducing the small business tax and halting the government’s looming carbon tax.

He suggested the government should take a page from the book of former premier Ralph Klein, who reigned in spending when low oil prices hammered the province’s economy in the early 1990s.

“We need from the government a firm timeline to get back to balanced budgets,” said the Opposition leader.

“We need to actually hold the line on spending and look for ways to find just a few pennies of savings for every dollar spent. We can get back to balanced budgets without any cuts to the nurses and teachers that Albertans rely on.”

Deputy Premier Sarah Hoffman, responding to the speech, said it sounded “like a presentation of ideas from the past” in referencing cuts of the 1990s.

“The opposition wants to recycle failed experiments from the past but we’re certainly moving forward,” said Hoffman.