Will criminal records for pot convictions be expunged after legalization?

Public Safety Minister Ralph Goodale: 'That’s not an item that’s on the agenda at the moment' 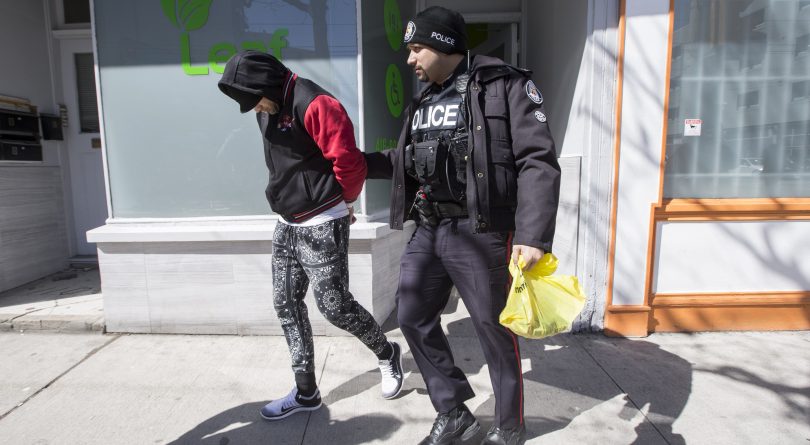 You’re out of luck—at least for now.

In January, the Trudeau government squashed hopes for exploring amnesty on possession charges until after the federal government’s legalization framework is instituted. A few months later, an NDP motion to pardon all cannabis offences that won’t be against the law post-legalization failed when the Liberals voted against it. “That’s not an item that’s on the agenda at the moment,” said Public Safety Minister Ralph Goodale in May.

In 2016, 58 per cent of all police-reported charges related to the Controlled Drugs and Substances Act (about 55,000) were related to cannabis, and of those offences, roughly three-quarters were for possession. As of 2014, at least 500,000 Canadians had been charged with possession.

But until cannabis is legal, the idea of expungement isn’t really on the table, says Simon Fraser University criminology professor Neil Boyd. “There’s nothing in bills C-45 or C-46 that eliminates previous possession convictions,” he says. “I don’t think we can say anything about expungement until we see what legislation is put in place post-legalization.” Expungement has some corporate support: Aurora Cannabis, one of Canada’s biggest licensed producers, recently donated $50,000 to advocacy group Campaign for Cannabis Amnesty.

For now, those convicted of a summary possession offence (less than 30 grams) must wait five years to apply for a record suspension under the Criminal Records Act, assuming all outstanding sentences have been completed. Under new legislation, possessing that amount of weed would be legal for adults.

The application cost for a record suspension is $631, but Toronto-based cannabis lawyer Paul Lewin says that with added fees for documents and record checks—along with the opportunity cost of going through the government’s 10-step application—it could total more than $1,600. To wealthy cannabis users, that might not seem like much. But Lewin says the cost represents a barrier to a clean record—which brings employment opportunities, improved health and other benefits—for marginalized people with charges to their name, who are often overrepresented in possession-based arrests.

As for getting charged again, the federal government has stated repeatedly that it will continue to charge Canadians for cannabis offences until legalization, which is set for Oct. 17. So you can still be busted for carrying green until then. “But this expungement question really isn’t one we can fully answer at the moment,” Boyd says.