Will the factors that led to Trump add up in Canada?

He is not, however, an Ottawa politician.

And he’s banking on that to get him elected as leader of the federal Conservative party and then, prime minister of Canada.

A claim of being an outsider, an operator, was partly what propelled Donald Trump to victory in the U.S. presidential election. Ever since, Canadians have been consumed with the question of whether what happened there could happen here.

Over the coming weeks The Canadian Press will dive into that question in stories that seek to explore the extent to which conditions exist in Canada for what happened in the U.S., and how Canada’s political system is evolving as a result.

The starting point is figuring out exactly what happened.

“We tend to have this desire to be able to express it in this grand way, that something shifted,” said Clark Banack, a political science professor at Brock University who has extensively researched populist movements.

“But I resist the temptation to define it in any one way.” 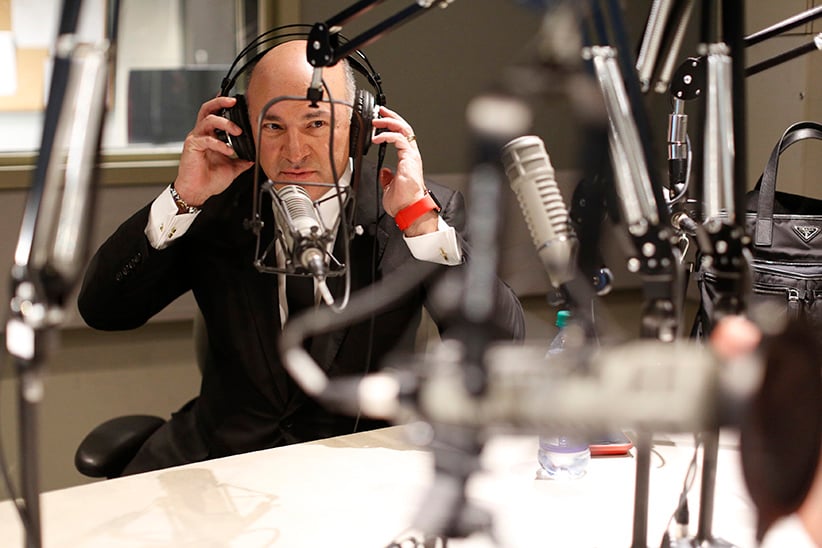 The word most commonly applied to Trump’s victory is “populist” — a political term for people rising up for change when an elite class is seen to be oppressing the majority.

“People who have fallen behind badly, who see no prospects for a better future, so they are fearful and angry and resentful; and that triggers and engages receptivity to certain types of political approaches that normally wouldn’t be that resonant,” is how Canadian pollster Frank Graves described what happened in both Trump’s victory and the stunning upset in a British referendum last summer to leave the European Union.

What people are receptive to, Graves said, is a leader who proposes a decisive set of answers to the questions plaguing them.

For people who feel left out by globalization, it’s a promise to end free trade. For people concerned about illegal immigration, it’s thicker borders.

What happened in the U.S., argues Banack, is that Trump was able to speak to many different constituencies at the same time and rally them enough that they were willing to overlook the elements of his personality, his politics and his policy they may have found offensive.

“It is unusual for all of these constituencies to come together,” he said.

“It’s almost a fluke in my estimation.”

Whether the fear and anger can be harnessed into change also depends on the political system. In England, it was a referendum on staying or leaving the European Union that allowed for those frustrated with the status quo to let off steam.

So if fear plus anger plus the political system create the conditions for populist-driven change, where are things in Canada?

Broadly, the consensus among political scientists and economists seems to be that factors underlying fear and anger do exist in Canada — but nowhere near U.S. levels.

Take intergenerational income mobility, the extent to which differences in income are transmitted from one generation to the next.

A study by the Conference Board of Canada found this country’s record is far better than the U.S.: if a family here earns $10,000 less income than the average, the children, when they become adults, will earn $1,900 less than average. But in the U.S., children would earn $4,700 less.

“America, if it stays on its current trajectory, you’re going to have social mobility equivalent to that of Victorian England,” said Craig Alexander, chief economist at the Conference Board.

“Whereas in Canada, we have pretty good social mobility and that’s one of the reasons I think we’re at less risk of the sort of backlash that you’ve seen in the United States.”

In the U.S., Trump harnessed fears about border security and terrorism to capture votes.

“In exit polls, people who rated the economy the most important issue broke for (Hillary) Clinton, not for Trump. Trump won among those more concerned about immigration and terrorism,” the D.C.-based Brookings Institution wrote in its post-election analysis.

A July 2016 poll by the Associated Press found that 53 per cent of Americans thought the U.S. should allow fewer Syrian refugees to enter the country, at a time when the level was set at 10,000.

In Canada, a January 2016 poll by the federal Immigration Department found 53 per cent of Canadians agreed with the Liberal government resettling 25,000 Syrian refugees.

But there is a strong undercurrent of opposition to immigration, some of which has boiled up since Trump’s win.

The week of the U.S. election, for instance, a local newspaper in Vancouver published a letter to the editor from someone bemoaning the effect of immigration on their neighbourhood.

“The community of the West End and the gay community are gone, replaced by people from third world countries and refugees who refuse to learn the language and become a part of our mosaic community. I go into stores, and no one speaks English,” read the letter in the Westender.

“Don’t get me wrong, but it’s pretty sad when you are a minority in the place of your birth.”

Then there’s the Canadian political system.

Any leader seeking to upend the status quo would first have to secure leadership of a party. Currently, two parties are on the hunt for new masters, the Conservatives and NDP.

Leadership races are hard for outsiders to penetrate because only card-carrying members can vote, argues Tom Flanagan, the Calgary-based political scientist who was involved in the earliest days of the last federal political movement in Canada that could be considered populism: the Reform party.

A new party would be the only way a populism movement in Canada could gain traction, he argues.

Reform sprung up in response to fear about the breakup of the country due to a rise in Quebec sovereignty and the failed Meech Lake accord. The new party drew from anger over the National Energy Program and federal deficits, combined with the belief existing political parties weren’t speaking for the West’s needs.

But today, while the deficit is concerning to some, it’s nowhere near the levels of the early 1980s and 1990s. And Canadians aren’t afraid of things like illegal immigration or terrorism to the same extent as their U.S. neighbours. Nor is there some existential national threat like the unity crises, Flanagan said.

“I just don’t see the conditions.”

Still, a global poll this past January by Ipsos found 56 per cent of Canadians surveyed felt traditional parties and politicians don’t care about people “like me.”

O’Leary says harnessing that kind of sentiment is central to his campaign.

He reads 100 comments or so a day posted to his social media accounts, he says, and feels as though he is drawing support from a wide swath of previously disconnected and disaffected voters. In doing so, he’s growing the base of the Conservative Party, he said.

“If you have that direct relationship with your base, you can ask them to do extraordinary things for you,” he said.

“And that’s how this journey is going to go.”