Throngs of fans jostled to catch a glimpse of the actor, who is serving as this year's Calgary Stampede parade grand marshal 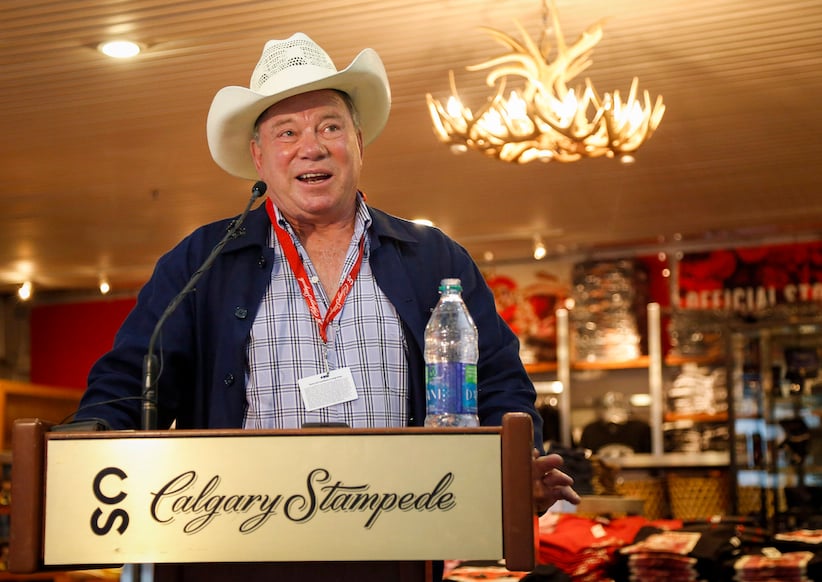 CALGARY – William Shatner got an out-of-this-world welcome Friday as throngs of fans jostled to catch a glimpse of the Canadian-born actor, who is serving as this year’s Calgary Stampede parade grand marshal.

Even before the parade began, some people were yelling “bring out William Shatner,” who played Capt. James T. Kirk in the original “Star Trek” TV series and subsequent films.

A crowd gathered as Shatner and his wife Elizabeth prepared to make their way down the parade route in the back of a light blue antique convertible. Fans snapped pictures on cellphones and clamoured for autographs.

He said with a laugh that he’s looking forward to the end of the parade.

Shatner intends to stay in Cowtown for a while to take in the rodeo and other attractions.

“I’m going to be part of the experience,” he said. “That’s why we’re here, actually. We’re rodeo fans.”

About 250,000 people lined up early on downtown Calgary streets to get the best vantage point.

Rae Thorogood, who said she is a big fan of the actor, got up at 5 a.m. to stake out a prime spot.

“We barely slept. We were so excited,” she said.

Vern Neiley said he has never been able to make it out to the annual parade because he’s always had to work. Now that he’s retired, he said he couldn’t pass up a chance to attend this year.

“The big draw, I guess, was William Shatner. I’ve been a fan of his for a lot of years — ‘Star Trek’ and all the other stuff that goes with it.”

For Neiley’s wife, Sandy, it was a similar story.

“William Shatner is one of my favourites as well too and he’s my big draw too,” she said.

“This is fabulous for Calgary and I think this is wonderful that we get so many people every year for the Stampede parade.”

Before the parade began Jean Cornell sat on a curb with her 18-month-old grandson squirming in her arms, while his siblings played nearby on a blanket.

She said seeing Shatner would be a treat. But for her the main attraction would be “watching these guys’ faces light up.”

The Stampede runs through July 13.