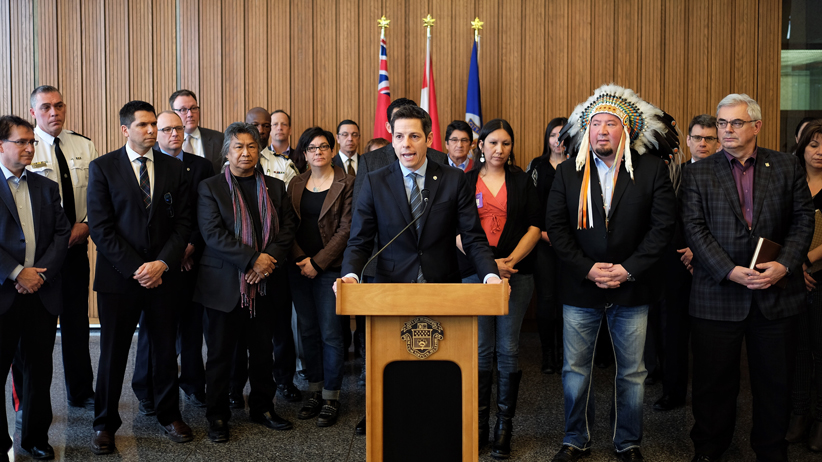 Read: Welcome to Winnipeg: Where Canada’s racism problem is at its worst

Winnipeg’s mayor is calling a summit for next month as the city tries to shake off being dubbed the most racist in Canada.

Mayor Brian Bowman says the race relations summit, to be held by the Canadian Museum for Human Rights, will continue a much-needed discussion about racism.

He says there is no doubt Winnipeg has a racism problem, as do other Canadian cities.

“We do have a problem here,” Bowman said. “Cities across our nation have the same problem _ intolerance, ignorance, racism. We have a problem. It’s not Winnipeg’s alone but together we are ready to lead the nation in the battle to take on racism together.”

Bowman says the two-day summit will bring people together to share ideas on how to fight intolerance and celebrate success stories.

The summit is to feature a keynote speech by award-winning author Joseph Boyden.

Bowman tearfully promised to tackle racism in January when Winnipeg was labelled the most racist city in Canada by a cover story in Maclean’s.