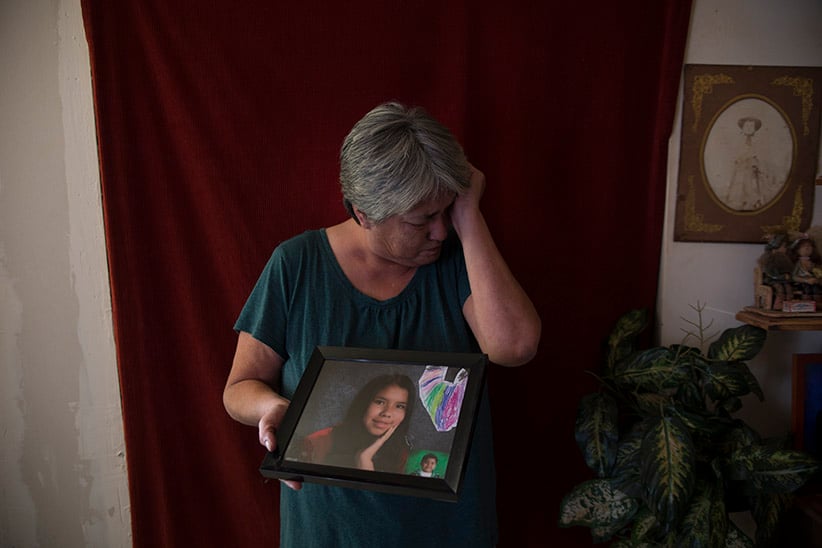 WINNIPEG — A man has been charged with second-degree murder in the death of a Manitoba teenager whose fate galvanized calls for an inquiry into missing and murdered aboriginal girls and women.

Tina Fontaine was just 15 years old when her body, wrapped in a bag, was found in the Red River in August 2014. She was supposed to have been in a group or foster home in Winnipeg, but she had run away.

“I thought I was going to be like some of the other women I know that are still waiting for answers,” said Thelma Favel, a great-aunt who took care of Tina for much of her short life.

“The pain of her never coming home will never leave.”

Winnipeg police called a news conference Friday to announce that Cormier, 53, was arrested in Vancouver earlier this week and remained in custody there while arrangements were made to return him to Winnipeg. They said Cormier, originally from New Brunswick, is unemployed and has lived for several years in Winnipeg.

Deputy police chief Danny Smyth said Cormier has a long criminal history with convictions across the country that include violent offences.

Court documents related to a recent robbery conviction indicate that since 1978, Cormier has spent more than 23 years in prison for various offences including assault and theft.

Fontaine had run away from Favel’s home on the Sagkeeng First Nation, about 70 kilometres northeast of Winnipeg, following the death of the girl’s father. She headed to Winnipeg, where her mother was living a marginalized life.

Police said Tina became an exploited youth in the Manitoba capital and met Cormier at a residence they both frequented.

“It’s believed that Tina and Cormier were acquainted.”

Calls for an inquiry into missing and murdered indigenous women intensified after Fontaine’s death, but the Harper Conservatives refused to hold one. The new federal Liberal government announced this week that it will go ahead.

“The murder of this child — and let’s not forget she was a child — has shocked and outraged our community. And I think that outrage has resonated across the nation,” Smyth said.

Tina was in the care of Child and Family Services. The girl was being housed in a hotel — a practice the Manitoba government says it has since stopped. She ran away from the hotel and the social workers tasked with monitoring her.

The girl was in a vehicle pulled over by two officers more than a week after she was first reported missing July 31, 2014, but she was not taken into custody. Her body was found nine days later.

Police said an investigation did not determined whether the officers knew Tina’s identity at the time, or whether they were aware she had been reported missing.

Favel has said the officers did know the girl had been reported missing. She said that social workers told her that on that night — a few hours after police came across Tina — the girl was found passed out in an alley downtown. Paramedics took her to a nearby hospital.

Favel said Tina was kept for a few hours until she sobered up, then social workers picked her up at the hospital. She ran away again, was reported missing again, and her body was found wrapped in a bag in the river on Aug. 17.

Friday’s arrest was welcomed by aboriginal leaders and government representatives.

“My heart goes out to the family and friends of Tina and I pray they feel a sense of relief,” Sheila North-Wilson, grand chief of northern Manitoba First Nations, said in a written statement.

“This has been an incredibly difficult and emotional time for Tina’s family, and for the entire communities of Sagkeeng First Nation and Winnipeg,” said Mayor Brian Bowman.