Police lose the right to blanket access to cellphone records 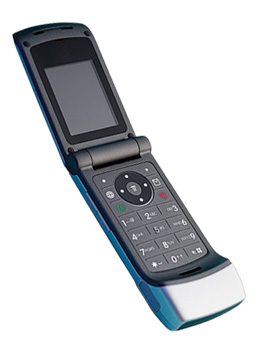 Abdul Khalid was alone in his suburban Toronto jewellery store, the door locked and the alarm set, when the “Burka Bandits” came knocking. It was a Friday, almost noon, and as far as Khalid could tell, the two people standing outside the window were typical clientele—a Muslim man and his wife, dressed from head to toe in a black Islamic gown.

The disguise worked perfectly. As soon as Khalid buzzed them in, the “husband” covered his face with a balaclava, the man under the burka pulled a gun, and a third masked accomplice stormed into the showroom. By the time it was all over, the trio had fled the scene—in broad daylight, at a busy strip mall—with half a million dollars in gold and cash.

Two weeks later, police in Brampton, Ont., still had no idea who orchestrated the heist. Desperate for leads, detectives turned to the only source they could think of: the cellphone towers nearby. Hoping that the thieves called each other in the 90 minutes before the robbery, the cops convinced a justice of the peace to order Rogers, Telus and Bell to hand over the details of every single cellular call (time, number dialed, etc.) that passed through the two towers closest to the crime scene. The results were overwhelming. Between 10:20 and 11:50 on the morning of Nov. 17, 2006, more than 7,000 potential suspects used their phones in the general vicinity of the store.

Though lengthy, the so-called “tower dump records” proved to be the crucial clue. Police eventually found the loot—and four suspects who are now facing criminal charges: Rehan Sheikh, Muzzafar Malik, Abraham Fundi and Arif Mahmood (an illegal immigrant wanted by the feds at the time of the crime).

A trial is still pending, but regardless of the verdict, one thing is already certain: this will be the last case ever solved with the help of cellphone tower dump records.

In a scathing pre-trial ruling, an Ontario judge has scolded the Peel Region officers for embarking on a “high-tech fishing expedition” that violated the suspects’ basic Charter protections against unreasonable search and seizure—not to mention the privacy rights of 7,000 innocent people who used their mobile phones that morning. Justice Michael Quigley said the detectives resorted to such “an astonishingly intrusive snooping technique” that all the evidence gleaned as a result should be tossed out of court “to clearly and unequivocally convey to authorities that Canadian citizens have the constitutional right to be left alone from this kind of unwarranted and unfocused state intrusion into their lives.”

The damning decision doesn’t mean all wireless traffic is suddenly off-limits to police. As with land lines, the Criminal Code allows investigators to access specific cellphone records if they have “reasonable and probable” grounds to believe that a certain person, or a certain number, is linked to a particular crime. Judges issue such warrants every day for suspected drug dealers and murderers. But Quigley’s 68-page decision says police should never be granted blanket access to endless amounts of confidential phone data, no matter how badly they need a lead. “A warrant is not a fishing licence and it cannot authorize fishing expeditions,” he wrote.

In the end, though, it was the cops—and not the alleged robbers—who were saved by a technicality. Yes, the officers committed a “wide-scale breach” by sifting through those phone logs, but because one of the suspects was already on the detectives’ radar screen (the burka salesman tipped them off) the police could have used legal means to access his phone records. If they had, the judge concludes, investigators would have ended up in the same place: at the suspects’ homes, hauling away a “proverbial motherlode” of stolen jewels. “To exclude highly relevant, definitive and probative evidence of such quality in the face of what amounts to little more than a technical breach of their Charter rights would bring the administration of justice into disrepute,” Quigley wrote. “All of that evidence will be admissible at trial.”

But the judge’s message is clear: the technique that cracked this case—a crime-fighting tool that other officers were just starting to exploit—is now illegal. Just like robbery.