By By Peter Rakobowchuk, The Canadian Press December 5, 2014 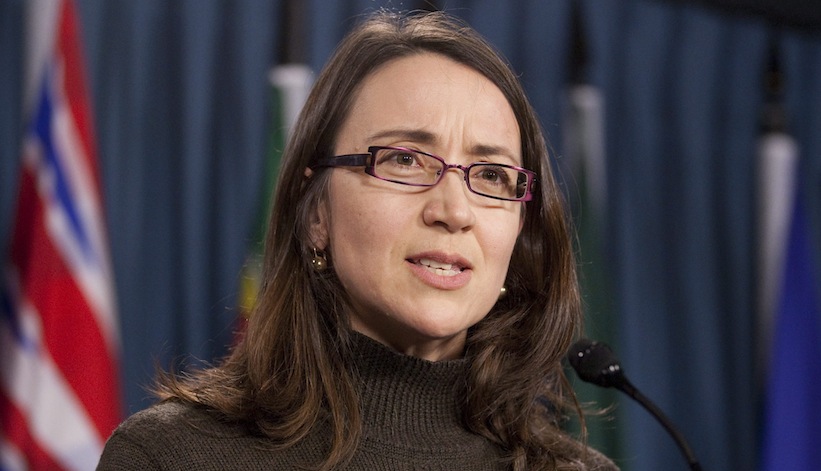 Provost was an engineering student on Dec. 6, 1989, when Lepine went on a 20-minute shooting rampage that eventually sparked a national gun-control debate that continues until this day.

“It (the massacre) is now intimately woven into the fabric of my life in a number of ways,” Provost told The Canadian Press just days ahead of Saturday’s 25th anniversary of the tragedy.

The 23-year-old came face-to-face with Lepine and his 223-calibre Sturm-Ruger rifle in a classroom and she says nothing would have convinced him to change his plan to kill feminists – people he blamed for ruining his life.

“He told us he was there because we were feminists and I just replied that we were not feminists, that we were just studying in an engineering school and that he would be able to come and study with us and then he shot (opened fire),” she recalled.

Provost survived being hit with bullets in the forehead, both legs and a foot.

Asked how the horrific events of 25 years ago have changed her life, Provost said she believes they’ve made her more sensitive and more in touch with her own vulnerability.

“I realized when I was very young that I was not invincible, that I could die quite quickly,” she said of the chilling events.

“I remember when I saw the eyes of one of my classmates. She closed her eyes and I knew she was dead. I remember this image. It’s clear in my memory.”

Lepine took his own life after a 20-minute barrage of bullets that also wounded 13 other people – nine women and four men.

While the date of Dec. 6 brings back painful memories, Provost also recalls “marvellous” ones.

One of her children started to walk on Dec. 6 and she learned she was pregnant with her third child on the 10th anniversary of Polytechnique.

“For me it was a victory of life,” she said.

Yet it took her years to come to terms with what had happened before she could move on.

“The first five years were the longest, maybe, and I was still fighting inside myself with everything around: what happened with feminism, with violence, with the fact that it happened to me,” she said. “After five years I was ready to have my kids and that was a new world that opened to me and Polytechnique faded away a little bit — (but) it never disappears.”

Even today, the sound of a pot cover crashing to the floor brings back memories of the shootings.

“It upsets me because the noise awakens in me a memory of the firearm of Marc Lepine – and I become very upset and aggressive,” she said.

The tragedy also took a toll on relatives of victims.

Jim Edward, whose sister Anne-Marie was killed, said it took 10 years to overcome his grief.

“Eight years of therapy and then being able to forgive the killer and the 10th year – it was a big step in moving on in my grieving process,” Edward said in an interview at his Montreal home.

“I became a Christian in my 10th year, so maybe that had something to do with it.”

His 45-year-old wife Claire said his efforts trying to cope with Polytechnique had an impact well beyond the family.

“Some people I know, after what happened, didn’t even want to be close to him because he was carrying too much pain,” she said.

It also struck at the heart of Luka, their nine-year-old son, “whom I caught several times crying because he wanted to meet his aunt.”

On a positive note, her husband noted that 25 years after the mass murder, Canadian society is much more aware of the proliferation of guns.

The proposed legislation was supposed to be debated Oct. 22 – the day gunman Michael Zehaf-Bibeau stormed Parliament – but has been pushed to the sidelines.

The bill is aimed at overhauling Canada’s gun-licensing rules, making it easier for legal owners to transport their weapons.

Edward is worried any relaxing of controls on legal guns will fuel the illegal market and allow easier access to military-style assault rifles.

“Canada has a great tradition of hunting and fishing and whatnot, but military-style assault rifles have no business in any hunter’s hands,” he said.

Edward said the type of rifle used by Justin Bourque to kill three RCMP officers in Moncton. N.B., last June can strike someone a kilometre away.

“I mean who needs that kind of gun in Canada,” he added. “It’s definitely not the hunters.”

Heidi Rathjen, who survived Polytechnique and became a resolute gun-control advocate, warned in an interview there could be a repeat of such violence.

“Absolutely! Today, if we’re talking about massacres, killing many people rapidly, there are weapons on the market today that didn’t exist in 1989 . . .weapons of war designed to pierce light-armoured vehicles and there are sniper rifles that can shoot up to two kilometres,” she said.

Rathjen blamed the abolition of the long-gun registry in 2012 for the difficulty in knowing how many assault-type weapons are now available.

She said about seven million guns were circulating in Canada in 2012 before the Conservative government scrapped the registry – mostly hunting rifles and shotguns.

“But that list is getting old because the new weapons coming on the market are not being classified as restricted or prohibited,” she said.

“It’s very difficult to be here 25 years later and to see that most of our gains are being destroyed by the current government.”

Rathjen praised Quebec, which has gone to court to protect data from the federal gun registry.

“The only silver lining is what the government of Quebec is doing, which is showing their solidarity with the families of the victims.”

Provost, meanwhile, remembers all the positives she gained from attending the engineering school.

“I am a real engineer, I like to solve problems, I’m curious, I like to understand the way things work and Polytechnique helped me to structure my mind, my way of thinking, my way of looking at problems.”