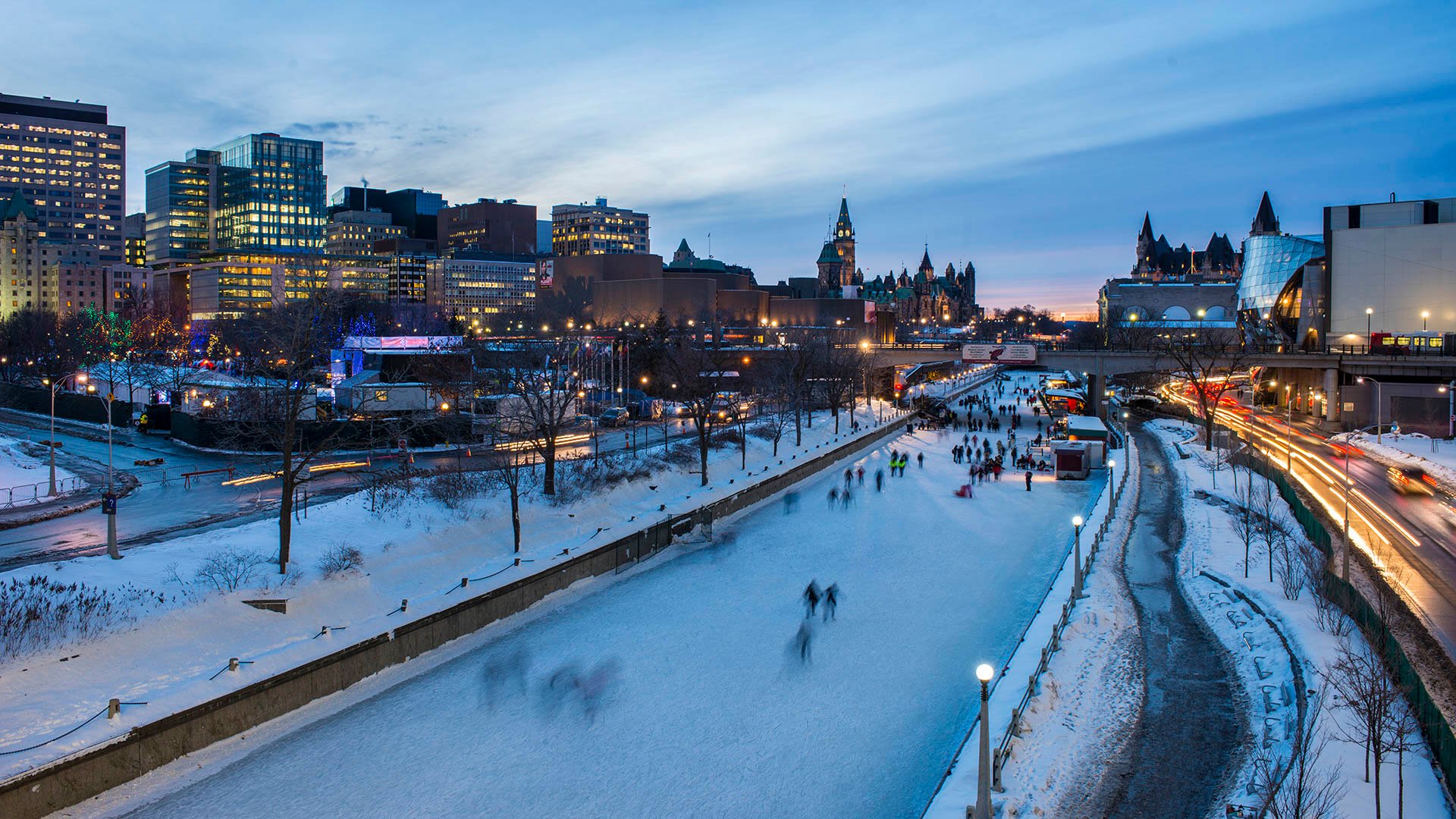 My friend Andrew Cohen is vexed that the city of Ottawa will not widen the airport parkway, as we call the two-lane road out to the airport. Sorely vexed, ladies and gentlemen! The Ottawa Citizen columnist—former Globe editorialist, award-winning author, one-time resident of Washington and Berlin—gets vexed about Ottawa every several months, and this latest failure to widen the “heavily congested” parkway, a “critical, clogged artery,” has set him off once again.

“For its lack of ambition and absence of imagination, Ottawa is the worst capital in the G7,” Cohen wrote in what quickly became the most-read article in the Citizen this week. “It is unable to get anything done very quickly, whether repairing a ceremonial thoroughfare like Sussex Drive or building light rail, which will arrive decades after other cities.”

By this point, longtime Cohen readers can more or less sing along. “For mediocrity, there’s Lansdowne Park,” Cohen writes. “A (nice) stadium, shops, restaurants and condos, with a park and a wading pool as consolation.” Doesn’t sound tragic, although there is in fact no wading pool. “It replaces a sea of cracked asphalt and a crumbling stadium, and for contented Ottawans, that’s fine.” Ah. Good. Yes?

No. “But it’s just not interesting, let alone innovative.”

Ah. “And we squandered a once-in-a-century chance to remake Ottawa’s image, for example to do for our city what the Guggenheim Museum did for Bilbao, Spain.” Here one hears the far-off plaintive call of logic, as one so often does when reading an Andrew Cohen rant about Ottawa, because I am pretty sure Bilbao is not a G7 capital. But passons. There are the obligatory to-be-sure paragraphs, in which Cohen allows a few scraps of hope to drift into his readers’ minds—“Light rail is coming, though it won’t stop in Confederation Square. The brutalist National Arts Centre is getting a new glass facade, and will no longer look like a Stalinist detention centre”—before crushing the hope with a summary graf.

Like this: Whatever else Ottawa may be, he writes, it sure isn’t “a modern, progressive capital, a repository of history and culture, a reflection of our achievements and dreams as a nation.” So weep for the critical arteries, Ottawans!

It is hard to avoid repetition. Cohen wrote that the National Arts Centre resembles “a Stalinist interrogation centre,” in those words precisely, in five separate columns published in 2007, 2011, 2012, 2013 and 2016. I worry about taste. Here’s what happened in Stalinist interrogation centres: people were tortured to death. Pretty frequently. Tonight at the NAC, the family of a former prime minister will hear a bold new composition by a Canadian composer whose music is widely performed outside Canada, following a panel discussion on reconciliation with First Nations attended by author Joseph Boyden and Sophie Grégoire-Trudeau. The pageantry is almost secondary to the work Alexander Shelley, the best young British orchestral conductor of his generation, has done to revitalize what was already a fantastic orchestra. Increasingly these days, if you’re not at the NAC on a school night, that’s your problem. I’m not sure what’s happening in Rome tonight, but I don’t feel particularly cheated.

Cohen has a larger theme, which I’ll get to. But words matter, and the awesome pettiness of his whinging is breathtaking to behold. It is true the new light-rail network, being built on time and on budget under the guidance of a mayor who has consistently been beneath Cohen’s contempt, will not stop at Confederation Square. It will stop 600 m west of Confederation Square. Then it will stop again, 300 m east of Confederation Square. This will make Confederation Square nearly impossible to reach by any LRT rider who is encased in an iron lung. Cohen wonders why Ottawa “cannot produce better, more reasonable restaurants.” How do greater cities produce such marvels? Do they excrete them? Better restaurants generally cost more, and I’m not sure readers outside Ottawa will shed a tear at the news that when I eat at such dynamite Ottawa venues as Fraser Café, Whalesbone, Beckta or Gezellig, I am generally asked to pay before leaving. Meanwhile, if we’re being honest, a lot of Paris bistros are horror shows. A lunch of wilted sushi in London will set you back half a week’s pay. You want to eat well in Washington, you pay K Street prices. Now, Washington does have better jazz clubs, but the last time I was at Twins Jazz on U Street somebody was getting shot in the discotheque downstairs. I can’t believe we’re even having this conversation.

But of course the real complaint of most people who find Ottawa disappointing is not that it refuses to build a train station within six feet of a specified bullseye, or that it has not yet slipped the surly bonds of basic restaurant economics. It is that Ottawa has no Champs Elysées, no British Museum, no Lincoln Memorial, no Coliseum ruins. It does not have a very large number of the sort of things that make one feel impressed with oneself when one realizes one resides in a Place that Matters.

There are reasons for this. They are obvious. They are the sort of thing one might finally bother to acknowledge, when taking one’s 40th run at the same topic. 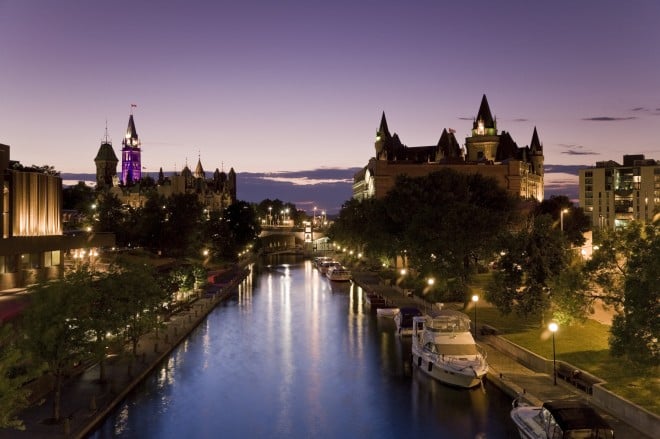 Ottawa does not have wide boulevards because the capitals that do were built by autocratic rulers who hoped at some point to march a victorious army down those boulevards. Paris, London, Rome and Berlin (!) have all, at many points in their very long histories, been war capitals. Washington was designed at a time when Americans were not yet entirely sure whether they wanted to shun imperialist European models or copy them. Tokyo and Berlin were relatively easy to rebuild along impressive lines because they were shattered at brutal human cost as the price of launching a world war. On a single March night in 1945, 700,000 firebombs fell on Tokyo, killing untold tens of thousands and levelling an area much larger than that of present-day Ottawa. This is an actual thing that happened. It directly influenced Tokyo’s development for decades to come. I’m OK with a capital that still adheres to the humble grid of its lumber-town origins.

Cohen worries that Ottawa is not innovative in “recovered green space.” It depends where you look. Gatineau Park is 105 times the size of Central Park in Manhattan and 172 times the size of Berlin’s Grosser Tiergarten. I suppose if it were only triple their size he might have a point. Wait, no he wouldn’t.

Onward. Unlike almost every other G7 capital, Ottawa is not the capital of a unitary state that spent decades under an authoritarian ruler who extorted tithes from the hinterland to build monuments to his greater glory. Napoleon, Bismarck (to pick the most polite of available German options), the Caesars, the Windsors: Handy when you’re building a tourist hotspot of the future. Ottawa is the capital of a federation, as are such sleepy burgs as Canberra, Brasilia, Bonn—because for decades, Bonn was West Germany’s capital—and, indeed, Washington in the years before lobby money started to sluice down that city’s streets.

To say that Ottawa is a federal capital and shouldn’t be home to most of the country’s class or prestige is not to make an excuse for a weakness, it is to give a name to a strength. I know federalism is tiresome for people who find a two-block walk to Confederation Square daunting, but there is a reason why federations are over-represented among the world’s most prosperous countries, and I really don’t feel cheated, as an Ottawan, when I visit the Winnipeg Art Gallery or the Art Gallery of Ontario or the Citadelle in Quebec City or the Ship Pub in St. John’s. We built our Canada where Canadians live, and since they live all over, we built it all over. It was one of “our achievements and dreams as a nation,” to coin a phrase, to do precisely that.

Canada is also a country with, by and large, a long and profound attachment to the liberal European idea that the state needn’t build monuments to itself because it would prefer to invest in citizens’ human capital when it is not simply letting them keep more of the money they earned.

Paris is the ancient capital of Jacobin central planners, dotted with museums and cultural landmarks built, in many cases, not as odes to France’s genius but as mementoes from presidents nearing their term limits. Many are white elephants, like the Bastille opera house that never gets mentioned on anyone’s list of things Ottawa should copy. Washington’s monuments are lovely, but the finest of them remembers a president who was gunned down in the last days of a devastating civil war. And its finer restaurants do a better job of mocking the American dream than of celebrating it.

Ottawa is looking a bit dog-eared these days. Of course: it has come through a nasty few decades. Brian Mulroney and Jean Chrétien spent a decade cauterizing a ruinous public-debt spiral. Most of Stephen Harper’s decade was about coping with the aftermath of the worst global financial crisis in my lifetime. Justin Trudeau is eager to patch up Montreal’s highways before more of them fall on somebody. Which project should we have postponed for quicker access to Ottawa’s airport? Which, incidentally, is 15 minutes from downtown by taxi. I promise you there is no easier airport to reach in the G7, except for Reagan National, a permanent monument to the U.S. Congress’s ability to safeguard its own prerogatives.

In earlier columns, Cohen used to complain that Ottawa had no light rail. It is being built. He didn’t like the NAC. It is being spectacularly refurbished. He worried for the library. On the day his most recent column was published, the National Archives announced plans to work with the Ottawa Public Library on a new downtown showcase. He was upset that the big hockey rink is a half hour from downtown. Plans to return it downtown are well advanced. Meanwhile, I return from Los Angeles, where some locals were buzzing about Janet Cardiff’s art installation Forty-Part Motet, created at Canada’s National Gallery, and others were lining up for a Lawren Harris retrospective curated by the comedian Steve Martin, using paintings on loan from the same National Gallery.

If Ottawa is not full to brimming with the plunder of empire, if it is forced to share its glories with residents of provincial capitals across a continent, if it has fewer marble monuments in a country with more happy citizens, I’m not sure it stands as any kind of failure or disappointment. I know a writer who used to admit as much. “It is unfair to compare Ottawa to Washington, Paris, London, Vienna or Rome, great imperial cities which are, or were, the cockpit of Empire and the hub of their universe,” Andrew Cohen wrote in the Ottawa Citizen on Aug. 4, 2002. Back then he thought the National Arts Centre conferred “a sense of presence.” If any part of Ottawa is getting seriously worn out, it is certainly the tired rhetoric of its most dedicated Cassandra.