Details from the RCMP briefing on its investigation into the Oct. 22 shooting 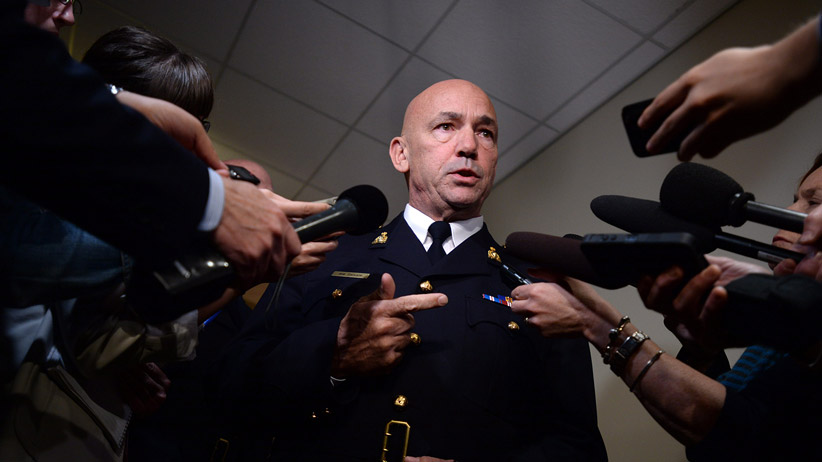 OTTAWA — The man who gunned down a soldier and stormed Parliament Hill last Oct. 22 said his actions were spurred by Canada’s military involvement in Afghanistan and Iraq.

In a grainy cellphone video made shortly before his attack, Michael Zehaf Bibeau speaks of assaulting soldiers to show Canadians they are not safe in their own country.

Zehaf Bibeau asks Allah to accept his actions and says Canadians have forgotten God by occupying and killing righteous people in Muslim lands.

In showing the video to the House of Commons public safety committee, RCMP Commissioner Bob Paulson said a total of 18 seconds had been removed _ 13 seconds from the beginning, five from the end _ for operational reasons.

Zehaf Bibeau fatally shot honour guard Cpl. Nathan Cirillo at the National War Memorial in October before rushing into Parliament Hill’s Centre Block, where he was killed in a hail of bullets.

Paulson said the RCMP considers Zehaf Bibeau a terrorist and that he would have been charged with terrorism offences under the Criminal Code had he survived.

“It’s not relevant to us or our investigation what kind of a terrorist Zehaf Bibeau was, or if he was a particularly intelligent, sophisticated, influential or personally disciplined terrorist,” Paulson said.

“To us it all turns on the evidence we collect, which we compare against the statute.”

The Mounties are still trying to determine if Zehaf Bibeau had accomplices, Paulson added.

“Anyone who aided him, abetted him, counselled him, facilitated his crimes or conspired with him is also in our view a terrorist and where the evidence exists we will charge them with terrorist offences.”

Two days before Zehaf Bibeau’s attack, a man with jihadist sympathies struck and killed Warrant Officer Patrice Vincent with a car in Quebec.

The two assaults prompted the federal government to introduce controversial anti-terrorism legislation that would broaden the mandate of the Canadian Security Intelligence Service.

“The release of this video at this time could be seen as seeking to influence that process,” Paulson told MPs.

“I assure you I have no such motive. The video speaks for itself. It is what it is.”

Watch Maclean’s for comprehensive coverage of these new developments.