911 operators will need better training to use new technologies 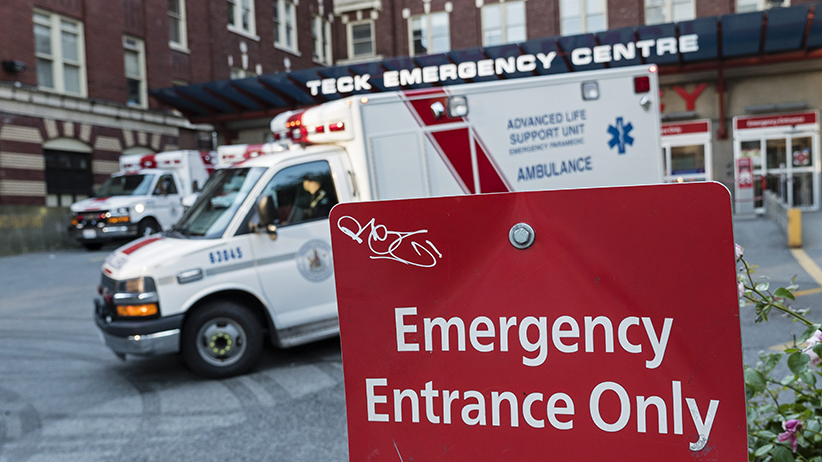 Organizations, including the Canadian Interoperability Technology Interest Group, say a hearing this week by the Canadian Radio-television and Telecommunications Commission into expanding 911 service across the country is just the beginning of what’s needed to upgrade services to take advantage of new technologies.

Police services will need to train their 911 operators to deal with an influx of text messages and the potentially disturbing pictures and videos likely to be relayed by witnesses and victims alike, says CITIC executive director Eric Torunski.

When it comes to texting, “somebody has to read the text, somebody has to interpret the text; sometimes it takes a lot longer than a voice call would take,” said Torunski, who will be an intervener at this week’s hearing in Gatineau, Que.

“Similar with pictures, you might be getting a picture that’s not all that pleasant, say, of an accident scene,” he said. “There’s a lot of extra training that will go into that.”

Torunski and others say 911 services in both Canada and most of the United States are tethered to older voice-centric technology that will have to be upgraded.

Next-generation emergency services, referred to as NG-911, rely on Internet protocol (IP) broadband technology to allow the transmission not only of voice calls, but also text data, pictures and video.

The CRTC, which regulates phone service providers, will study the technical requirements for implementing NG-911 across Canada. It will also examine and ultimately decide who will pay for the upgraded systems. There are also issues of confidentiality that have to be examined.

But the actual provision of 911 services falls under provincial jurisdiction, and the operation of those services is in the hands of local police, paramedics or firefighting authorities.

The city of Toronto voted last summer to have its police service examine the prospect of adopting emergency texting, on the reasoning that sending a text could be a safer alternative in some situations, such as when a caller is hiding from a would-be assailant.

“There are situations in which making voice calls would attract unwanted attention and texting would provide a safe alternative,” Toronto city Coun. Norm Kelly argued in July.

He cited examples of cities in the United States that were considering adopting emergency text services in the wake of the June massacre at the Pulse nightclub in Orlando, Fla.

Since then, nearly 700 dispatch centres south of the border have been outfitted to accept 911 texts, according to the Federal Communications Commission.

The Toronto Police Services Board warned in July that text messaging could overwhelm its already-stretched 911 voice operations.

Hundreds of communities across the country already provide 911 texting service for people with speech or hearing impairments after the CRTC ordered telecommunication companies to upgrade their networks to support the feature by January 2014. Pilot projects were launched in Vancouver, Montreal, Toronto and Ontario’s Peel region.

Making those services available to everyone will require co-ordination of CRTC regulations with governments, phone service providers and emergency responders on the ground, said Torunski, whose not-for-profit organization represents the national Association of Fire Chiefs, the Canadian Association of Police Chiefs and the Paramedic Chiefs of Canada.

“One of the main concerns … is a lack of co-ordination and consistency with the current 911 environment,” added Diane Pelletier, who chairs a volunteer group of provincial, territorial and municipal experts known as the NG-911 Coalition of the Willing, which was scheduled to testify at the hearing Monday.

Lawyer Timothy Denton, who was appointed by the CRTC to research next-generation telecommunications networks, echoed those concerns, warning that such a lack of coordination would lead to problems that could mean the difference between life and death for 911 callers.

“Without organization, a national (not federal, but nationwide) response to the challenges of transiting to IP-based systems will be less efficient, effective and swift than it might otherwise be,” Denton wrote on his blog, calling for “a body of policy-types who can talk, plan, consider, exchange ideas, and otherwise concern themselves with the transition.”

About 94 per cent of landline telephone and smartphone service subscribers across the country currently have access to enhanced 911 service, where emergency call centres automatically receive an address or location of the caller. Another two per cent of Canadians, largely in the Yukon and Newfoundland and Labrador, have to provide their location to a 911 operator. Emergency 911 service is not available in Nunavut and the Northwest Territories.