Canadian gold, but not for Paula Findlay

With a ninth-place finish, the 26-year-old triathlete didn't make the podium—but now she can finally leave London 2012 behind her 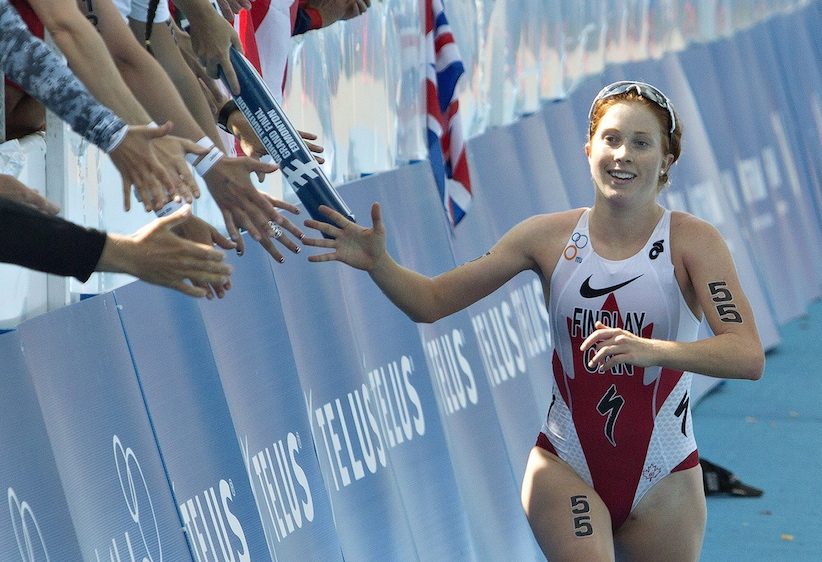 The good news is that Canada sits atop the medal table at the Pan Am Games. The bad news, at least for triathlete Paula Findlay, is that it wasn’t her.

The 26-year-old from Edmonton was still on the Toronto course—and at times in the lead on her bike—when Emilie Fournel, KC Fraser, Michelle Russell and Hannah Vaughan took gold in the women’s 500-m K4 kayak race a couple of hours down the road in Welland, Ont. But Findlay faded in the final 10-km run portion of the event, finishing ninth, two minutes and 36 seconds behind the winner, Barbara Riveros of Chile. Fellow Canadian Ellen Pennock of Calgary came sixth, 47 seconds off the last podium spot.

Findlay is currently ranked 34th in the world, but she has struggled with various injuries since the London 2012 Summer Games. Although, in recent months, she had been showing signs of recapturing the form that won her five golds on the world circuit.

“I came here to win. I won’t lie,” she told reporters after the race. “It’s really disappointing.”

Findlay has niggling knee problems and a pretty solid cold—”sore throat, cough, boogers,” as she described it—but said she wasn’t offering excuses. She accomplished her goal of running in front of the home crowd, and perhaps dispelling the ghost of London 2012. There, suffering from a misdiagnosed hip injury, she limped across the finish line in last place, openly weeping over her failure to secure a medal. “People need to stop putting emphasis on the injury I had two-and-a-half years ago,” said Findlay, who has clearly had enough of living in her past. “Everybody has been hurt since then. And I’ve been healthy for the past year.”

Her goal remains securing a spot on the Canadian team for Rio, and showing that she again belongs amongst the sport’s elite.

Ellen Pennock, who is coming from her own injury problems—a broken right collar bone sustained at the Commonwealth Games last summer—said she was overjoyed at her best result of the season.

“I had a bit of a tough year. It’s been a long journey back,” she said.  The recovery “was 18 weeks off my bike and out of the water.”

Pennock said she couldn’t help but smile at the cheering along the course from the home crowd. “Someone yelled at me to run like my little brother because he does triathlon,” she said. “That made me laugh.”

Findlay felt the love, too. Post-race, during her walk back to the changing area, a group of orange-shirted Pan-Am volunteers stood and applauded her effort, chanting her name. She smiled weakly, and raised her arms. For someone who is used to earning her accolades, it looked like the worst moment of her day.