Canadian officials in North Korea in effort to free prisoner 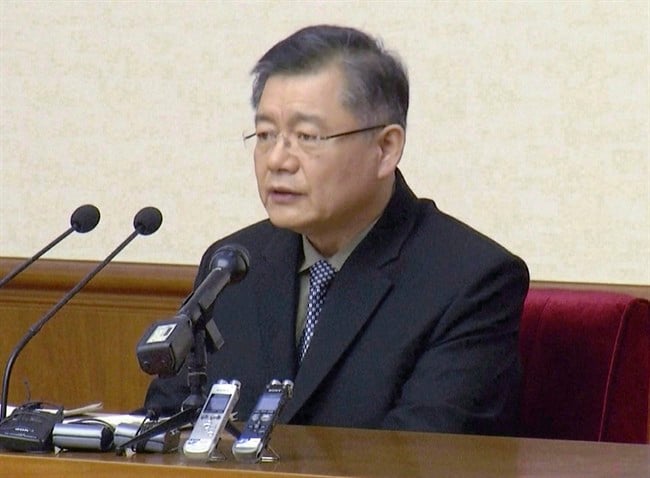 A delegation from the Canadian government is in Pyongyang, North Korea, to discuss the case of imprisoned Canadian pastor Hyeon Soo Lim, the Prime Minister’s Office confirmed Tuesday.

Lim, a pastor with the Light Korean Presbyterian Church of Mississauga, Ont., was sentenced in December 2015 by a North Korean court to life in prison at hard labour for what it called crimes against the state.

The Canadian delegation — which is led by Daniel Jean, the national security adviser to Prime Minister Justin Trudeau — is in the North Korean capital as tensions continue to rise between the United States and the isolated nation, which announced Tuesday it developed the ability to fit a small nuclear warhead on top of a long-range missile.

“Pastor Lim’s health and well-being remain of utmost importance to the government of Canada as we continue to engage on this case,” Cameron Ahmad, a spokesman for the Prime Minister’s Office, said in an email.

“As this is an active case, we will not provide further comment at this time.”

Lim’s relatives and colleagues have said he travelled to North Korea on Jan. 31, 2015, as part of a regular humanitarian mission to the country where he supports a nursing home, a nursery and an orphanage. They said Lim has made more than 100 trips to North Korea since 1997 and that his trips were about helping people and were not political. They also have said he needs medication to manage his blood pressure.