With more and more people looking for love online, police caution the best approach is never to give someone money 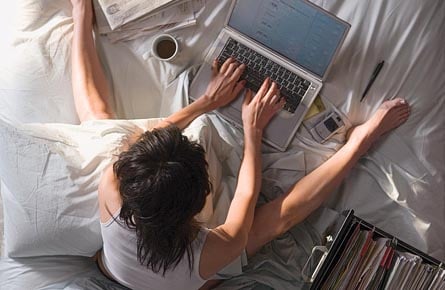 It started with a Facebook conversation with a stranger, then progressed to Skype exchanges, declarations of affection and promises to meet up in person.

By the time Louise, 56, contacted police roughly a year later, she still hadn’t met her online connection — but she had sent roughly $100,000 overseas at his request, and spent another $25,000 on travel and related expenses.

“He was very charming, very nice,” said Louise, who did not want her full name used in order to protect her privacy. “I thought he was sincere, that he would pay me back.”

With people increasingly looking for love online, RCMP are warning Canadians to protect their wallets as well as their hearts.

Some 748 people lost more than $17 million to online dating scams last year, the force said as it urged anyone using apps or websites to find dates to be cautious.

The victims are largely in their mid-40s to late 50s, with each gender as likely to fall prey to scams, said Sgt. Guy-Paul Larocque. Some, like Louise, have been cheated out of more than $100,000, he said.

“It’s devastating, some of them have lost all their savings… It hurts their pride as well,” he said.

“The victims are basically falling for that person, they have some type of affection going on, and the scammers take advantage of that,” he said. “We’ve all fallen in love, we know the high when we think we’ve found the person that we’ve been looking for, and from there we can become very vulnerable.”

Louise said they spoke for months before the man asked for money, and even then, it was small amounts, purportedly to help him deal with unexpected expenses related to his exporting business, she said.

Over time, those expenses ballooned and he began asking for tens of thousands of dollar at a time, vowing to reimburse her, she said.

She grew suspicious in September of last year when they made plans to meet in Toronto but he never showed up, claiming he’d been detained in the Ivory Coast after getting caught with an ivory bracelet meant for her.

The financial loss has meant pushing back retirement, said Louise, adding the bank put limits on her credit. She has also had to leave her home in Fort MacMurray, Alta., and move in with her mother in northeastern Ontario.

She filed a report with the RCMP in Fort MacMurray and they are investigating, but no arrests have been made.

The experience has caused Louise tremendous stress and made her far more vigilant online, she said.

RCMP said many people who fall prey to such scams are reluctant to report the crime, out of embarrassment or — in the case of older people — out of fear that they will lose independence as concerned family members step in.

Scammers create fake online profiles in order to gain someone’s trust then ask for money, often claiming to be faced with an emergency, RCMP said. That can involve fake social media profiles as well as those on dating sites or apps.

Some red flags to watch for include someone professing their love before meeting in person, or claiming to be from the same town but working overseas, which may be a setup to ask for money later, the force said.

The best solution is to simply not send anyone money, it said.

RCMP also said there are safety risks with online dating because it’s difficult to verify a person’s identity or motivations before meeting them.

They recommend having the first date in a public place and arranging your own transportation so that the other person doesn’t know where you live.

They also suggest telling a friend or family member the person’s name and where you’re meeting them as well as when you expect to be back.