Ryan Gemser on rescuing 40 cows by Sea-Doo during the B.C. floods

‘We didn’t lose any cows. If they had stayed there, they probably wouldn’t have made it.’ 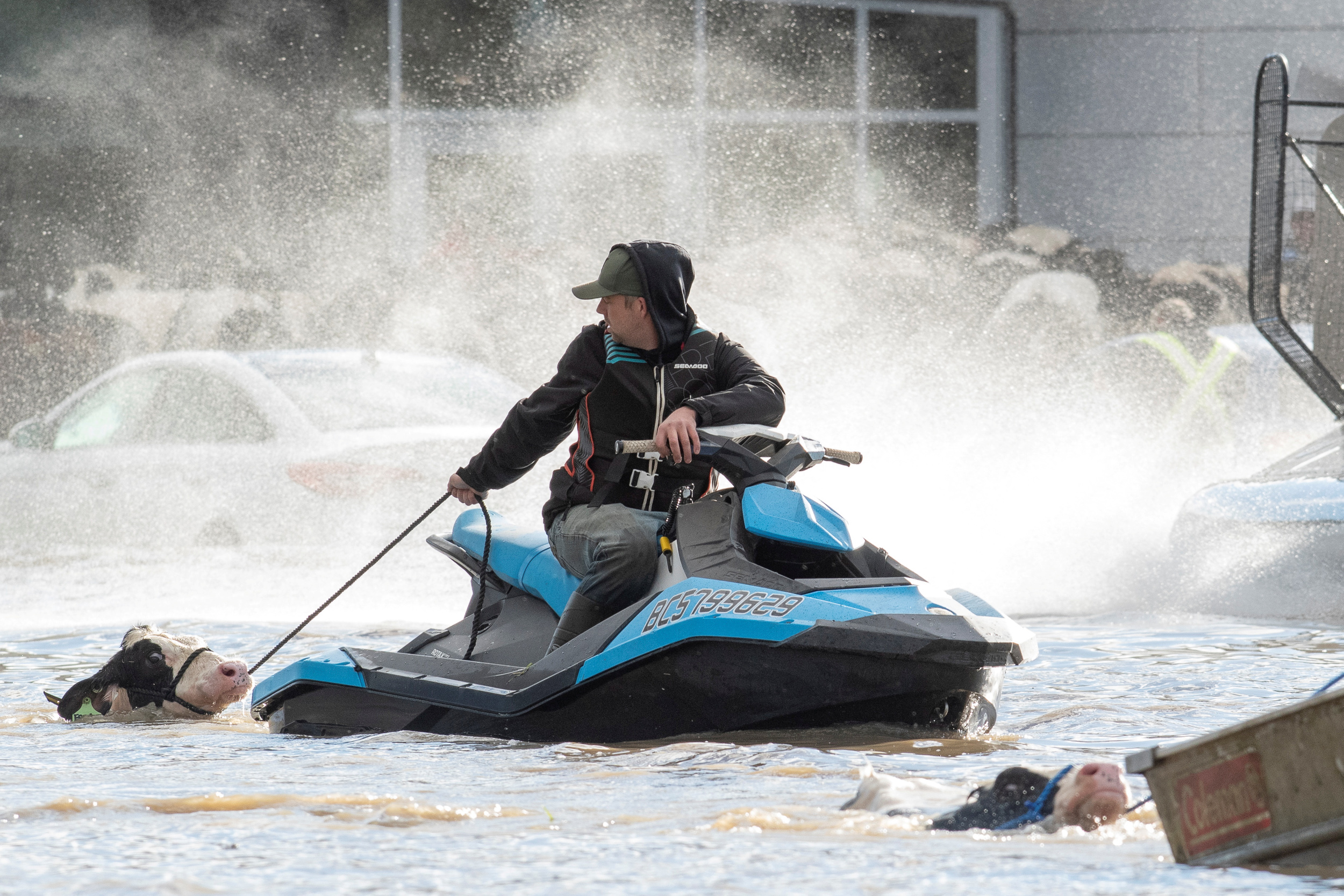 Ryan Gemser on rescuing cattle by Sea-Doo during the B.C. floods in November (Jennifer Gauthier/Reuters)

There was talk about moving cows from my friend’s farm next door onto dry land, on Highway 1. We tried running the cows at first, to see if they would go on their own. That didn’t work. So we jumped to Plan B.

I’ve had a Sea-Doo for two years. I live two minutes from work, so I just hooked up to it and took off.

It’s obviously really hard to pull cows through water, but it was a great team effort. I pulled a cow to the freeway, where they had cattle trailers loading them right away. By the time I got back to the barns, they had another one ready for us.

When we had to call it quits, many people had been standing in waist-high water for five hours. I didn’t stay dry, either—everyone had got pretty cold by the end.

We didn’t lose any cows. If they had stayed there, they probably wouldn’t have made it. I was just focused on getting them to safety. Farmers can adapt to a plan pretty fast. If it might work, they’re gonna try it.

I did a small part. I’ll do it again, in a heartbeat. If I could be out there more, I would, but my boss still has a farm that has to be run.

This story was told to Michael Fraiman by Ryan Gemser, 34, an equipment manager on a dairy farm in Abbotsford, B.C. When the area flooded on Nov. 15, he helped rescue 40 cows from his friend’s farm.