Karim Baratov's lawyer says Donald Trump is using the Yahoo case 'to make it appear as if he is going after Russian hackers." 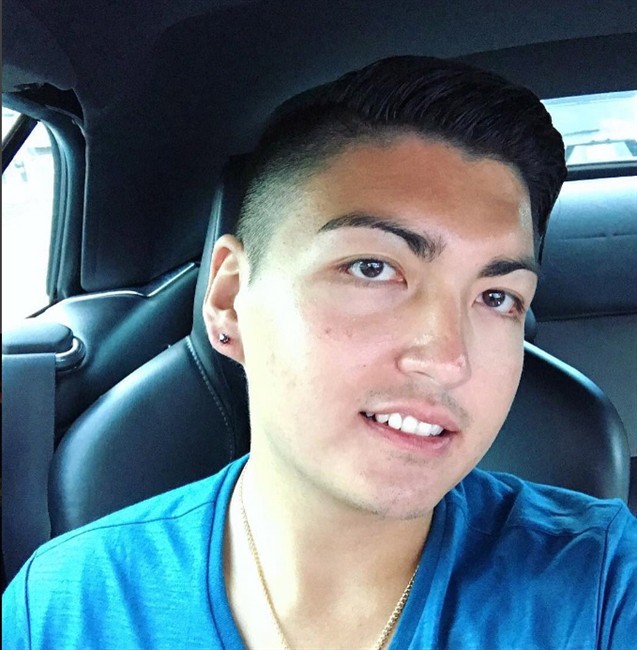 Karim Baratov is shown in a photo from his Instagram account. A lawyer for a Canadian man arrested as one of four suspects in a massive hack of Yahoo emails says the charges against his client may be “politically motivated by the U.S. THE CANADIAN PRESS/HO-Instagram

A lawyer for a Canadian man of Kazakh origins arrested as one of four suspects in a massive hack of Yahoo emails said Thursday that the charges against his client may be “politically motivated by the U.S.”

Jag Virk suggested that his client, 22-year-old Karim Baratov, is being used as a scapegoat by American authorities.

“I believe (U.S. President) Donald Trump is using this to make it appear as if he is going after Russian hackers,” he said. “These allegations are from three years ago.”

Baratov maintains his innocence and has no prior criminal record, his lawyer said, adding that people should wait for all facts to emerge in the case.

Toronto police said Baratov was arrested Tuesday in the Ontario community of Ancaster at the request of American authorities.

The U.S. Department of Justice said a grand jury in California has indicted Baratov and three others, two of them allegedly officers of the Russian Federal Security Service, for computer hacking, economic espionage and other criminal offences.

He was arrested under the extradition act, and appeared in court in Hamilton on Wednesday morning, court staff said. His case was put over until Friday afternoon, when he was expected to appear by video.

An acquaintance described Baratov as an exotic car buff who was popular and flashy but tight-lipped about his personal life — including his job, which involved working with computers.

Dokuchaev and Sushchin are said to be Russian intelligence agents who allegedly masterminded and directed the hacking, the justice department said.

Dokuchaev and Sushchin allegedly tasked Baratov with hacking more than 80 accounts in exchange for commissions, according to U.S. authorities, who submitted a provisional arrest warrant to Canadian authorities March 7.

Belan, who had previously been indicted in 2012 and 2013, was named one of FBI’s most wanted cyber-criminals in November 2013 but escaped to Russia before he could be extradited from Europe, the department said. It’s not clear whether he or Dokuchaev and Sushchin, will ever step foot in an American courtroom since there’s no extradition treaty with Russia.

Dokuchaev has been in custody in Russia since his arrest on treason charges in December, along with his superior and several others.

Yahoo, which is based in California, sent an email in September alerting users that their account information — including email addresses, telephone numbers, dates of birth, passwords and security questions — had been stolen in a cyberattack two years earlier.

The company said at least 500 million user accounts were affected.

Yahoo is also facing a proposed $50-million class action lawsuit related to the personal information of Canadian users. The representative plaintiff, Natalia Karasik, of Barrie, Ont., heard from the company late last year that her information was stolen in a hack in 2013.

With files from the Associated Press.