Second chance, same impression
The good news for Ottawa Mayor Larry O’Brien is that Crown prosecutors won’t be appealing the recent verdict that acquitted him of influence-peddling charges. But O’Brien has confounded many of his colleagues with a risky new PR strategy at a moment when strong reputation rebuilding is essential. O’Brien has hired Jasmine MacDonnell—the young former aide to Natural Resources Minister Lisa Raitt who resigned in June following the “Chalk River scandal”—to serve as his new communications director. MacDonnell stepped down last summer after a recording device she accidentally left in a House of Commons washroom was revealed to contain a private conversation with Raitt in which the minister described the medical isotope crisis as a “sexy” issue. Mayor O’Brien told the Edmonton Sun that he had interviewed three candidates for the position, but that MacDonnell was simply the most qualified. “Jasmine comes with excellent credentials and will be able to work closely with the media in both official languages,” he said. But some city councillors were less convinced. “It’s making eyes roll over at city hall,” said Bay councillor Alex Cullen. West Carleton-March councillor Eli El-Chantiry agreed, adding, “I will remind Jasmine we have many washrooms in city hall, so she should be careful.”

Colbert gets truthy
In a rare not-in-character interview, Stephen Colbert, star of the Comedy Network’s The Colbert Report, told Rolling Stone about the important role the Catholic faith and traditions play in his life. At Christmastime, he says, his extended family of 50 people processes through the house singing Christmas carols. “We process from the youngest to the oldest,” he says. “The youngest puts the baby Jesus in the manger on Christmas Eve and we sing Silent Night.” Colbert, who is notoriously private, teaches Sunday school to seven-year-olds. “I saw how my mother’s faith was very valuable to her and valuable to my brothers and sisters, and I’m moved by the words of Christ, and I’ll leave it at that.” 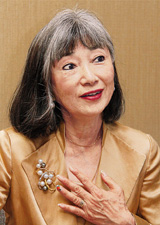 Life on Venus
As of Sept. 16, Japan will have a new first lady, Miyuki Hatoyama, a gifted chef and a former actress who spent six years with an all-female musical theatre group called the Takarazuka Revue. Miyuki, who is married to prime minister-elect Yukio Hatoyama, is also the author of a book called Very Strange Things I Have Encountered, published last year. One of the strange things she describes is a UFO ride she believes she once took to another planet. “While my body was asleep, I think my soul rode on a triangular-shaped UFO and went to Venus,” she wrote. “It was a very beautiful place and it was really green.” She recalls waking up the following morning and telling her first husband about the experience, but he insisted it was a dream. “My current husband has a different way of thinking,” she wrote. “He would surely say, ‘Oh, that’s great.’ ”

Off the map
Swiss parliamentarian Christa Markwalder told a local TV station last week that when Moammar Gadhafi comes to New York on Sept. 23, he intends to ask the United Nations to abolish Switzerland and divvy up the land between its neighbours France, Italy and Germany. A UN spokesperson later revealed that Gadhafi had already submitted such a proposal last month, but the UN rejected it. The feud between the two nations began last fall when Gadhafi’s youngest son Hannibal and his wife were arrested in a Geneva luxury hotel for beating up two of their servants. Gadhafi waged a furious punitive campaign against Switzerland, recalling diplomats, withdrawing $5 billion from Swiss banks, and threatening to cut oil supplies. Four days after the arrests, Libya also detained two Swiss businessmen and refused to allow them to leave the country until Switzerland apologized for Hannibal’s arrest. Two weeks ago, Swiss President Hans-Rudolf Merz travelled to Libya—à la Bill Clinton—to apologize and secure a written promise for the men’s release. Libya thwarted the agreement, however, and now the Swiss are blaming their president for bungling the mission, and calling for his resignation.

Colour wars
The case of Brandon Huntley, a 31-year-old South African who was recently granted refugee status in Canada, has ignited diplomatic tensions between Canada and South Africa over what critics in that country are calling a “moronic” immigration board ruling. According to a report made public last week, Huntley, a white man, applied for refugee status on the grounds that he was being persecuted in his native country because of the colour of his skin. William Davis, a member of Canada’s refugee board, ruled that South Africa had failed to protect white citizens like Huntley from “persecution” by black criminals, and that Huntley is a target for black criminals because he “stands out like a sore thumb” in his country. He also agreed that it would be difficult for Huntley to secure employment in South Africa because of the country’s affirmative-action policies. On Thursday, the South African government asked Canada to appeal the ruling on the grounds that there is no factual basis for it. Putting it in blunter terms, columnist Michael Trapido of the Johannesburg Mail & Guardian wrote, “Their decision is patently ridiculous and based upon misconception and a failure to do even the minimum research.” Huntley, shocked to find himself in the centre of it all, told the Ottawa Sun he hopes the Canadian government doesn’t reverse its decision. “I can’t go back now,” he said.

Becoming part of the story
Last Wednesday, documentary filmmaker Christian Poveda—whose latest film explores the devastating breadth of gang violence among youth in El Salvador—was found slumped over the steering wheel of his car just outside the capital city of San Salvador. He was shot in the back of the head, evidently the victim of a “gangland murder.” Poveda’s film La Vida Loca—critically acclaimed at European film festivals—depicts the brutal realities of life for the roughly 30,000 gang members who operate in the notoriously violent Central American nation. Poveda spent 16 months in the region making the documentary and witnessed seven murders, including the deaths of three of the youths prominently featured in his film. His colleagues believe his exposé angered gang members but, according to the U.K. Independent, he wasn’t afraid of them. “As savage as they can be, they’re people of their word,” he said in a recent interview. “They’re very well structured organizations, and the decisions made by a gang is the final one. From the moment I understood that, I had no problems. I was never afraid of them.”

Muppet activism
Elmo, one of Sesame Street’s favourite residents, has teamed up with three U.S. federal agencies to help teach kids about how to avoid swine flu—stressing the importance of frequent handwashing and sneezing into the crook of your own arm. The red Muppet’s do-gooding comes despite the fact that Elmo is going through a tough time at home—according to a new PBS prime time special, Families Stand Together, his mom has lost her job. The special, co-hosted by Al Roker, aims to help teach kids about making compromises in a tough economy. For Elmo’s family, that means no more eating out at restaurants, and Elmo can forget that trip to the pirate amusement park.

Too bad dreams don’t pay bills
Dov Charney, the Canadian-born founder and CEO of American Apparel, announced he would be letting go of hundreds of Los Angeles-based factory workers by the end of September after a recent government inspection found that roughly 1,600 of the company’s employees were immigrants not authorized to work in the U.S. In a maudlin document entitled “A Farewell Letter,” Charney lamented their departure, saying, “I just cry when I think that so many people will be leaving the company.” He also expressed an understanding for their plight: “Although many of you do not know it, my grandmother was a sewer in a clothing factory in the 1930s in Montreal.” Finally, he buoyed the soon-to-be unemployed with his “true dream” that “one day we will all live in a world without borders.”

The Toronto International Film Festival is being targeted by a group of artists and activists—including Naomi Klein, Jane Fonda and David Byrne—who claim that in choosing to spotlight films about Tel Aviv this year in its “City to City” program, it is denigrating the Palestinian perspective at a crucial political moment. The campaign was sparked by Canadian filmmaker John Greyson, who pulled his film Covered from the festival, accusing TIFF of “playing into the Israeli propaganda machine.” Since then, dozens of prominent filmmakers and artists have signed on. In a statement, the group said: “Looking at modern, sophisticated Tel Aviv without also considering the city’s past and the realities of the Israeli occupation of the West Bank and the Gaza Strip would be like rhapsodizing about the beauty and elegant lifestyle in white-only Cape Town or Johannesburg during apartheid without acknowledging the corresponding black townships of Khayelitsha and Soweto.” Festival officials invited concerned parties to watch the films before jumping on the bandwagon. 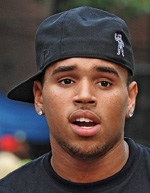 Wrong target
R & B singer Chris Brown, who was convicted of assaulting his ex-girlfriend, pop star Rihanna, appeared on CNN’s Larry King Live last week in a first step toward repairing his tattered reputation. Brown also talked to People, telling the magazine that he was disappointed that Oprah Winfrey had done a show on abuse inspired by the incident. “I commend Oprah on being like, ‘This is a problem,’ ” he said, “but it was a slap in my face. I did a lot of stuff for her, like going to Africa and performing for her school. She could have been more helpful, like, ‘Okay, I’m going to help both of these people out.’ ” Oprah sent a seething response through a representative: “Oprah is very appreciative that Chris Brown performed at her sc

hool but she takes domestic abuse very seriously. She hopes he gets the counselling he needs.”