While Bombardier laid of thousands and sought government funding, its executive compensation jumped by half 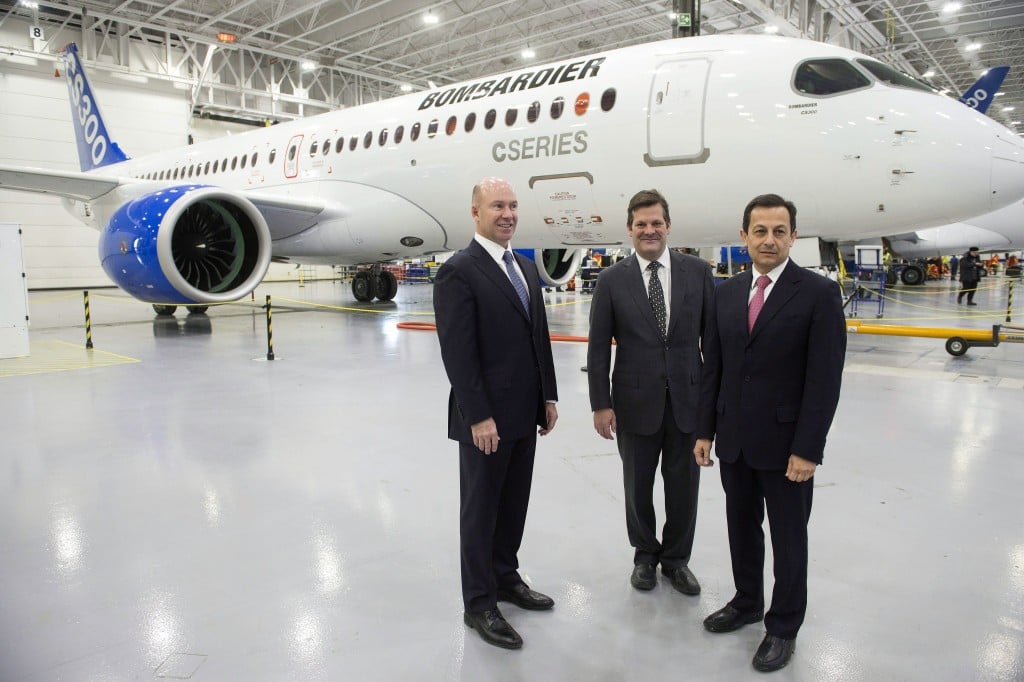 MONTREAL – Bombardier’s senior executives saw their compensation rise by nearly 50 per cent last year at a time when it laid off thousands of workers, sought government aid and saw the first CSeries passenger jet take flight.

Total compensation for the Montreal-based company’s top five executives and board chairman Pierre Beaudoin was US$32.6 million in 2016, up from US$21.9 million the year before, according to a proxy circular ahead of its May 11 annual meeting.

MORE: Government to provide Bombardier with $372 million in loans

CEO Alain Bellemare received US$9.5 million, up from US$6.4 million in 2015, including US$5.2 million in share and option-based awards and a US$1 million salary.

Beaudoin’s compensation increased to US$5.25 million from US$3.85 million a year earlier.

In the regulatory filing, Bombardier attributed the higher compensation to a number of factors, including achieving profit and cash flow targets, securing CSeries orders and completing the first flight of the Global 7000 business jet.

Bellemare was also credited with achieving earnings at the high end of the company’s guidance, exceeding profit margin targets in all business segments and making significant progress on achieving the company’s plan to revive its fortunes.

Company spokesman Simon Letendre added that a large portion of the compensation is not guaranteed.

“For instance, 85 per cent of the compensation of the president and CEO is at risk and 28 per cent is comprised of stock options whose value depends on the appreciation of the Bombardier stock, something that would of course benefit all shareholders,” he wrote in an email.

Bombardier is in the midst of a five-year turnaround plan that has involved mass layoffs as it tries to regain its financial footing. It is eliminating 14,500 jobs around the world by the end of next year.

Shares of Bombardier (TSX:BBD.B) last year increased 61 per cent to $2.16 on the Toronto Stock Exchange. They gained one cent at $2.09 in Wednesday morning trading.

The company cut its loss to US$981 million last year, down from US$5.34 billion in 2015 despite lower revenues.

The federal government announced in February a $372.5-million loan for the CSeries and Global 7000 programs to be repaid over 15 years.

Last year, Bombardier received a US$1-billion investment for the CSeries program from the Quebec government in exchange for a 49.5 per cent stake. The company also sold a 30 per cent stake in its railway division to pension fund manager Caisse de depot for US$1.5 billion.

Bombardier also revealed Wednesday that former Quebec premier Daniel Johnson and ex-Bell and Nortel CEO Jean Monty are stepping down from its board of directors. They will be replaced by Camso CEO Pierre Marcouiller and Antony Tyler, former CEO of Cathay Pacific Airways and the International Air Transport Association.