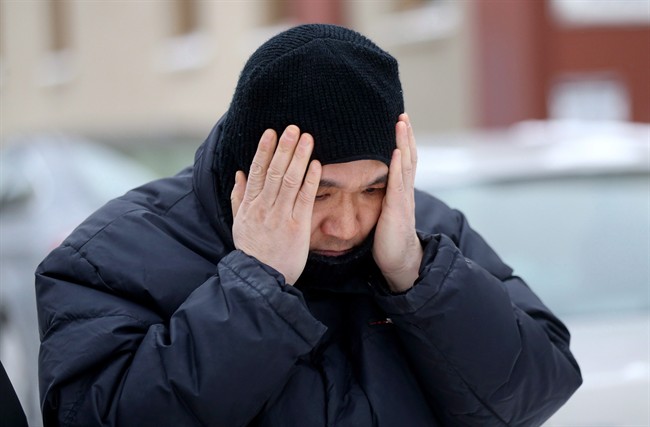 Will Baker, formerly known as Vince Li, leaves the Law Courts building in Winnipeg, after his annual criminal code review board hearing, on Monday, February 6, 2017. THE CANADIAN PRESS/Trevor Hagan

WINNIPEG – The federal Opposition leader is criticizing a decision giving complete freedom to a man who beheaded and cannibalized a Greyhound bus passenger in Manitoba.

Rona Ambrose says in a Facebook post that the release of Will Baker – who was formerly Vince Li – doesn’t seem right and that Justin Trudeau must put the rights of victims first.

Baker was found not criminally responsible in the killing of Tim McLean in the summer of 2008 due to schizophrenia and has been granted more freedom and privileges every year at hearings by a Criminal Code Review Board.

The board’s decision on Friday means he will no longer be subject to any conditions or monitoring to ensure he takes his medication.

Ambrose says in her post that “now Li is a free man” and that he’ll “be living not too far away from Tim McLean’s mother.”

Some of the people who responded to post by the interim Conservative leader noted the killing, sentencing and gradual relaxing of conditions took place while the federal Tories were still in power.

Baker started living on his own in a Winnipeg apartment last November but was still subject to rules and nightly monitoring to ensure he took his medication.

His doctors described him as a model patient who had not been treated for schizophrenia at the time of his attack. After his arrest and placement at the hospital, he responded well to medication and understood that he must continue to take it to keep his illness at bay, they said.

She has been outspoken against granting Baker freedom, arguing there would be no way to ensure he would continue to take his medication.