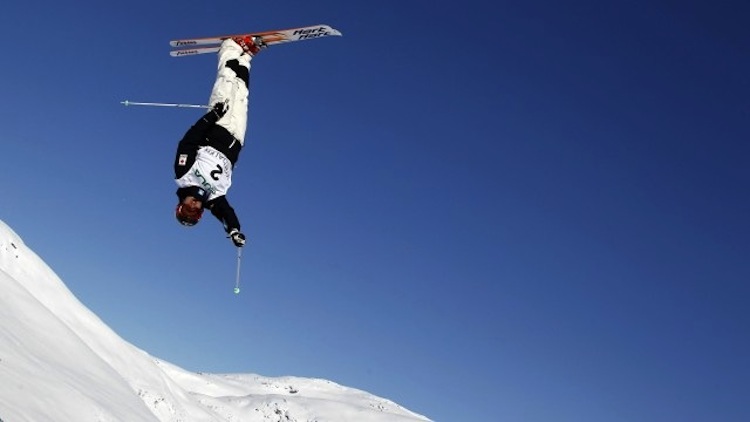 These Olympics will be the last for Canada’s first Golden Boy.

Alex Bilodeau, the first Canuck ever to win Olympic gold at home—a feat he accomplished in dramatic fashion on the mogul hill four years ago in Whistler—is calling it an Olympic career after Sochi.

The 26-year-old from Montreal plans to go out with a bang. “I’m a better skier than I was four years ago, for sure,” says Bilodeau. “I’ve done everything in my power to be ready for Sochi, and I’ve put myself in a really good position to succeed at the Games.”

The moguls—both men’s and women’s—are a must-watch for Canadians come February. The team boasts podium favourites in Bilodeau, reigning world champion Mikael Kingsbury (the two claimed silver and gold, respectively, at the World Cup in Calgary last Saturday), and on the women’s side, 2013 world championship bronze medallist Justine Dufour-Lapointe and her sister Chloé, the reigning dual moguls world champion.

The Olympic men’s moguls event runs Mon., Feb. 10, at Rosa Khutor Extreme Park. Bilodeau is keeping his game plan to himself, but says one of his runs will likely include his all-time favourite trick.

“My double full,” he says. “It’s a very complex jump that comes from my aerialist background, and it was my top air in Vancouver.

“It’s a backflip in a straight position with two spins. It’s very complicated, but I’ve done it for so long that it’s pretty simple. It’s a trick that I like to throw here and there, and I’m getting so comfortable doing it that sometimes I even do it in qualifiers, when I don’t need the degree of difficulty in such an early stage.”

Bilodeau launched into a double full for the opening jump of his gold-medal run in Vancouver—and nailed it. Here’s the trick and the golden run.