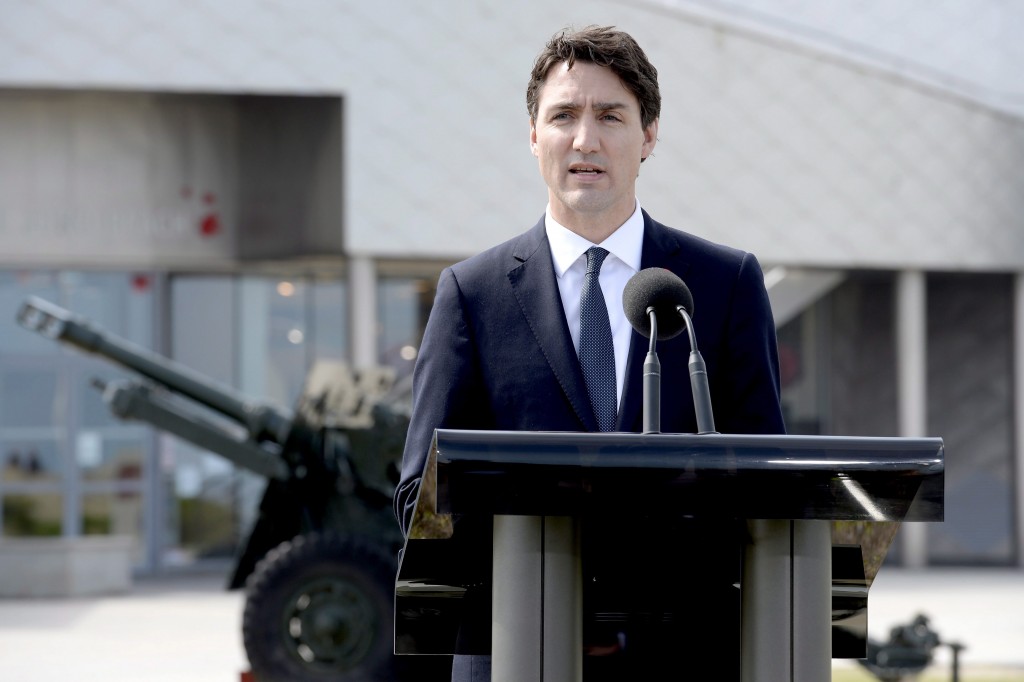 Prime Minister Justin Trudeau speaks during an availability at the Juno Beach Centre in Courseulles-sur-Mer, France, on Monday, April 10, 2017. THE CANADIAN PRESS/Adrian Wyld

ARRAS, France – Justin Trudeau says Russia must be held at least partly accountable for the chemical attack in Syria because of its support for the Assad government.

The prime minister made the comments as he visited the scene of one of Canada’s most iconic moments during the Second World War – Juno Beach.

He says countries that have been “supportive” of Bashar Assad bear some responsibility for last week’s gruesome chemical attack on civilians, which killed more than 80 people.

RELATED: Understanding the effects of a chemical attack

He also says the way towards peace and stability in the country does not include the infamous Syrian president.

Trudeau says he has spoken with the leaders of the U.S., Germany, France and Britain, and they agree international community must display “unity, solidarity and firmness” to end the conflict in Syria.

The prime minister called on the international community not to repeat the “terrible mistakes” of the past.

“Countries that have been supportive of the Assad regime bear some of the responsibility for the chemical attacks on civilians,” Trudeau said.

OPINION: Why Trump’s strikes on Syria are a good thing—and hardly enough

All countries, including Russian and Iran, need to play a role, in “moving rapidly towards lasting peace for (the) Syrian people.”

“There is no question that anyone who is guilty of the types of war crimes against innocents, against civilians that Assad and his regime are needs to be held to account,” he continued.

“We need to move as quickly as possible towards peace and stability in (a) Syria that does not involve Bashar al-Assad.”

The symmetry between the tragic legacy of two world wars and the ongoing conflict in the Middle East could not have been more striking as Trudeau wrapped up his trip honouring those Canadians lost to war.

In June 1944, thousands of Canadian soldiers stormed ashore at Juno Beach into northern France alongside British and American troops during the invasion of Normandy.

It was a pivotal moment in the Second World War, as the allies were able to establish a beachhead and begin to push the Nazis back to Berlin.

RELATED: Our day of reckoning for Syria is coming

But like Vimy Ridge during the First World War, the Juno Beach gambit also came at great cost as 340 Canadians were killed in a single day, and another 574 wounded.

Trudeau said visits to sites such as Juno and Vimy are necessary the help ensure “we are mindful and careful that those sacrifices are not in vain, that we learn from the blood spilled here.”

Trudeau’s decision to visit Juno after Vimy came as a bit of a surprise to some, given the two battles occurred during different wars, but officials say the prime minister’s trip to France is intended to honour the sacrifices of all Canadian soldiers.