They're smarter than Boomers, and more ambitious than Millennials. A sneak peek at our latest cover story. 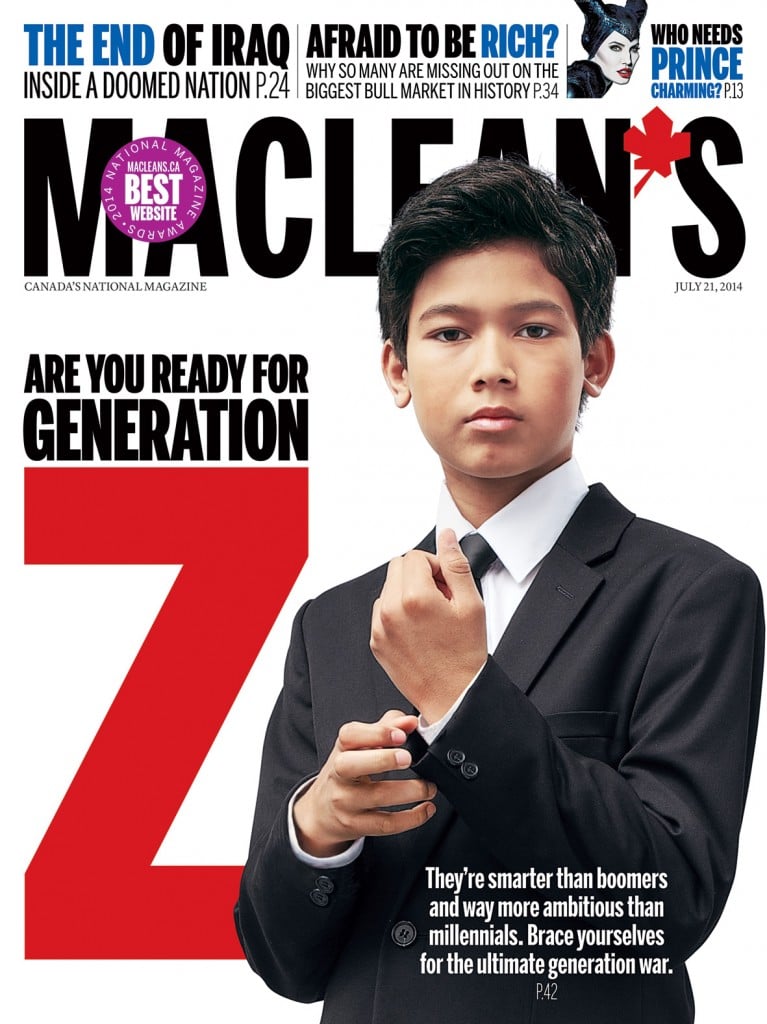 Last February, 16-year-old Ann Makosinski drew applause and gasps when she appeared on The Jimmy Fallon Show. The Victoria native was showing off her invention—a flashlight powered by the heat of a human hand—on a segment with two other young inventors. It wasn’t just Makosinski’s clever adaptation of technology that wowed the crowd, it was her inspiration: the plight of a friend in the Philippines who’d failed a grade at school because she lacked electricity to study at night. Her empathy-driven ingenuity has won her acclaim and the top prize for 15- to 16-year-olds at the Google Science Fair, a place on Time’s “Top 30 under 30” list as well as a barrage of media coverage. As she exited the stage, Fallon shook his head in awe. “I’m going to work for her one day, I can feel it,” he said.

Fallon’s line may be a cliché, but it echoes a growing sentiment as the spotlight is thrust on Generation Z, the unimaginative term for the cohort following Gen Y, or Millennials. While dispute rages over parameters, Gen Z are loosely defined as those born after 1995 and who are now 18 and under. It’s a big group: two billion worldwide, and one-quarter of the North American population.

Research points to the emergence of a stellar generation: educated, industrious, collaborative, and eager to build a better planet, the very qualities exemplified by Makosinski. In fact, in a manner typical of the need to neatly compartmentalize generations, Gen Z is already being branded as a welcome foil to the Millennials, born between 1980 and the mid- or late 1990s, who have been typecast as tolerant but also overconfident, narcissistic and entitled. Those characteristics weren’t an option for the first post-9/11 generation, one raised amid institutional and economic instability, informed by the looming shadow of depleting resources and global warming, and globally connected via social media.