Darshan Kang and the arithmetic of sexual assault

It took almost 60 complainants to bring Bill Cosby to trial. It was in the double digits for Jian Ghomeshi. Two for Darshan Kang to resign from caucus. Why does the number need to be more than one? 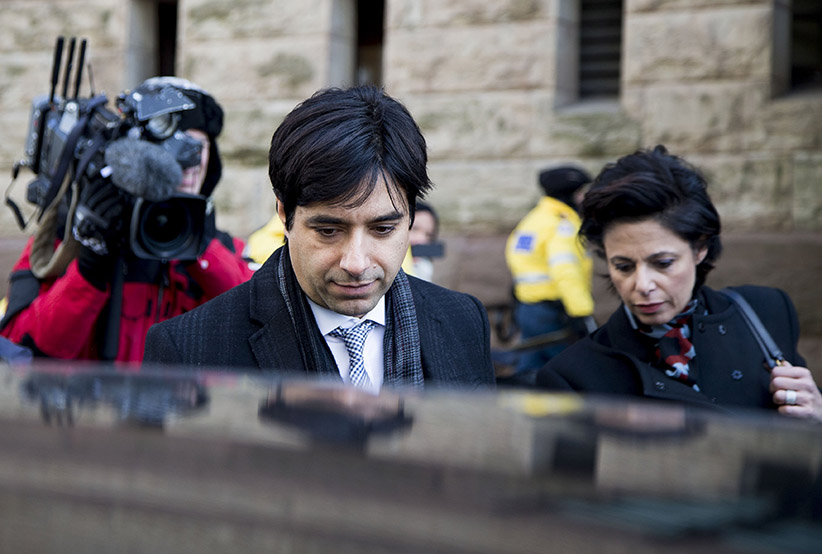 On Thursday night, we were provided with an instructive glimpse into the arithmetic of sexual violence when Liberal MP Darshan Kang resigned from caucus. Kang stepped down 21 days after the Hill Times revealed on Aug. 11  that the Calgary Skyview MP was under House of Commons investigation for sexual harassment; an unnamed female staffer at his constituency office had registered a complaint. Even a damning allegation made two days previously that the MP attempted to buy the woman’s silence, a claim Kang denied, didn’t change his caucus status (the rookie MP went on “medical leave” earlier in the week for “stress”). Tuesday, the day of the pay-out allegation, Prime Minister Justin Trudeau refused to  comment on the charges for the second straight day; he told reporters that the complaint would be handled through a recently created independent process for resolving “misconduct complaints” and that he’ll let the process “unfold as it should.” Sheila Malcolmson, NDP critic for the status of women, vented her frustration: “This is not the leadership of a feminist prime minister,” she said in a statement. “Until such time as a full investigation can be completed Mr. Kang should not sit as a member of the governing party.”

Circumstances reversed suddenly on Thursday after a second woman who’d worked in Kang’s constituency office when he was a MLA in the Alberta legislature came forward. Kirstin Morrell, who worked for Kang between 2011-12, accused the MP of repeatedly groping and kissing her against her will;  he had a “problem with consent,” she said. Kang, who denied the allegations, resigned hours later.

So to recap: one allegation from a young female subordinate wasn’t enough to warrant either Kang’s suspension or resignation—it took two women, one willing to be named. Let’s compare that to the public dispatch with which Trudeau suspended two Liberal MPs in November 2014 after two female NDP MPs accused them of  “personal misconduct” just days earlier (that “misconduct” included one of the women saying one of the men had sex with her without her explicit consent). Five months later, Trudeau booted Scott Andrews and Massimo Pacetti from the Liberal Party of Canada. As to the difference between the two incidents, one can only speculate. Is the word of women elected to office more credible than that of a low-level female staffer? Did the fact Trudeau was facing a federal election factor into events? That election saw Darshan Kang become one of  two Liberals elected as MPs in Calgary for the first time in nearly half a century.

Such algebra, sadly, is hardwired into how sexual violence is perceived—the lesson being that again and again, the lone voice is not enough. Of course, false allegations of sexual violence do occur, though they are the exception: copious research pegs incidence at two percent to 10 percent. Certainly anyone reporting a powerful figure, like a politician, faces the additional paradox of being distrusted for the very reason that making such a serious charge can mask a hidden agenda.

The far more common story, one played out in headlines, is that one voice is insufficient, especially when that voice is powerless. In the cases of both Jian Ghomeshi and Bill Cosby, it took a village of voices before sexual assault or harassment complaints were taken seriously, and often not even then. When Andrea Constand came forward in January 2005 to report that Bill Cosby drugged and sexual assaulted her, the district attorney in Montgomery County, Pa., found “insufficient credible and admissible evidence.” Even dozens of women emboldened to report minor variations of the same story, a number adjacent to 60, didn’t result in criminal charges.

It was two men in fact that made that happen: in October 2014, stand-up comedian Hannibal Buress called Cosby out (“You rape women, Bill Cosby”) in a video that went viral; the next year, a judge unsealed Cosby’s deposition in Constand’s civil case in which Cosby admitted he gave Quaaludes to women he wanted to have sex with, which inspired officials to reopen Constand’s case.

As for Ghomeshi, it was not allegations made by a former girlfriend of Ghomeshi that lead to his ouster; it was an explicit video in which a woman displayed bruises and a cracked rib inflicted by the then-CBC radio host that compelled CBC executives to announce their marquee performer would take an “undetermined” leave from his job “to deal with some personal issues.” (Even the spectre of the broken and battered woman wasn’t enough to provoke the CBC execs to go to the police.) When a double-digit parade of women came forward with accusations of sexual violence against Ghomeshi, Toronto police encouraged women to file criminal reports.

RELATED: Jian Ghomeshi: How he got away with it

Not that the cops are exempt from sexual violence accusations, seen in the recent acquittal of three Toronto police officers (Leslie Nyznik, Sameer Kara, and Joshua Cabero) charged with sexually assaulting a rookie female parking enforcement colleague during Rookie Buy Night in which newbies buy the drinks. That case of “she-said” versus “he-said, he-said, he-said” ended with Justice Anne Molloy’s ruling that the complainant’s evidence was not credible enough for a finding of “guilt beyond a reasonable doubt” due to inconsistencies, unreliable memories and contradictory video. The judge said she “looked in vain” for evidence to corroborate evidence given by the complainant who testified she felt “powerless.” She also expressed doubt about testimony provided by Nyznik, the only officer to address the court; it was “stilted or somewhat scripted,” she said, adding that the officer’s account of the sexual acts “simply did not ring true.”

In the arithmetic of sexual violence, however, that would come as a surprise. You don’t need to be a math whiz to see the common denominator here: when it comes to prosecuting sexual violence or believing victims, one usually adds up to nothing.