How did U.K. Prime Minister David Cameron get ahead? Until now, his father’s tax shelter didn’t hurt. 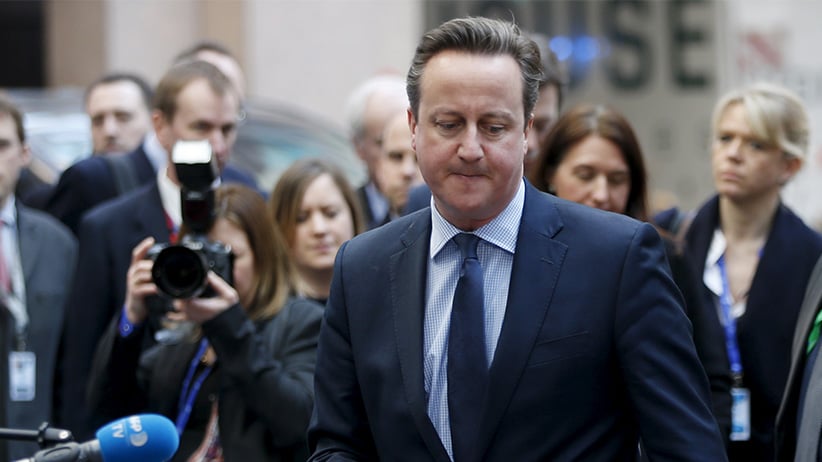 Day after day, for most of last week, British Prime Minister David Cameron dodged questions about his association with the Panama Papers. Among those implicated in the vast data cache of 11 million documents obtained through the Panama-based law firm Mossack Fonseca were several world leaders, including Vladimir Putin, the (now former) prime minister of Iceland, dictators, war lords, royalty, celebrities and professional athletes.

Cameron’s connection to the story came through his late father, Ian Cameron, a stockbroker from Oxfordshire, whom he revered. Cameron Sr. was born to great struggle (in the form of congenital physical disability) and great privilege (in the form of family wealth). He was also born in his family’s ancestral seat, a large country estate known as Blairmore House, which was built by his own great-great-grandfather, Alexander Geddes, a Scottish businessman who had made a fortune in Chicago trading in grain and returned to Scotland in the 1880s.

The house is important because it was the namesake for Blairmore Holdings—a fund for investors started by Ian Cameron which until 2006 used “bearer shares” (physical certificates that are not registered) to protect its clients’ privacy. Cameron’s father was one of the fund’s five U.K. directors who flew each year to board meetings in the Bahamas or Switzerland.

For four days after the Panama Papers were released, Cameron refused to explain his connection to his father’s tax avoidance scheme despite a barrage of questions. A week ago, a spokesperson called his financial affairs “a private matter.” On Tuesday of last week, he insisted he has “no shares, no offshore trusts, no offshore funds, nothing like that.” On Wednesday, 10 Downing Street reiterated this with a statement denying any ownership of “offshore funds/trusts which the prime minister, Mrs. Cameron or their children will benefit from in future.” Then on Thursday, the bombshell: “We owned 5,000 units in Blairmore Investment Trust, which we sold in January 2010.”

You see what he did there? He just changed the verb to the past tense, apparently preventing the previous denials from being outright lies. Think of it as the financial equivalent of Bill Clinton’s famously technical copout, “I did not have sexual relations with that woman.”

In fact, Cameron and his wife owned shares in Blairmore Holdings, which they sold at a profit for $57,700 along with the rest of their stock portfolio just before he became prime minister in 2010. Cameron also disclosed that he inherited $550,000 from his father’s estate in 2010—part of which had been sheltered in a tax haven on the British isle of Jersey.

This week, Cameron disclosed his personal tax returns to the press, dating back to 2010. While he seems to have paid his required income taxes, there was also the revelation of a $368,000 cash gift from his mother. It will only become liable to inheritance tax if she dies within seven years of gifting the money.

None of this is illegal—in fact family cash gifts and offshore trusts are par for the course among members of Cameron’s affluent tribe—but in Cameron’s case it is certainly hypocritical. During his time in office, he has been a critic of aggressive tax avoidance, making several schemes illegal and criticizing the tax avoidance practices of corporations.

In an interview with iTV news last week, Cameron insisted the reason he’d taken so long to come forward was that he was simply being protective of his father’s memory. He also defended the fund from which he had profited, saying, “it was subject to full U.K. taxation . . . There are many other unit trusts like it. And I think it is being unfairly described.”

But this answer only tells part of the story. The profits made by Blairmore were not subject to U.K. tax. And the fund was not a normal unit trust open to the general public. According to its prospectus, it would only take minimum investments of $100,000 and was marketed to “high net worth” clients and “sophisticated investors.”

Going back, of course, there is the question of how much of Cameron’s school fees and gilded childhood was paid for by tax-sheltered funds. To this, the prime minister says he has nothing to be ashamed of. “I’ve never hidden the fact that I’m a very lucky person who had wealthy parents, who gave me a great upbringing.” He went on the clarify how immoral he believes tax avoidance to be and that he certainly won’t be doing anymore of it “in the future.”

Which is nice to hear. Although once a chap has already gone to Eton, graduated from Oxford, become prime minister and appointed several of his school chums to cabinet, I suppose you could say he doesn’t much need the benefit of creative accounting. The schemes set in place to protect David Cameron’s inheritance—and the inheritances of the lucky few like him—have already worked like magic.