Stopping attacks increasingly depends on local contacts who, as one expert puts it, 'don’t want this crap in their communities' 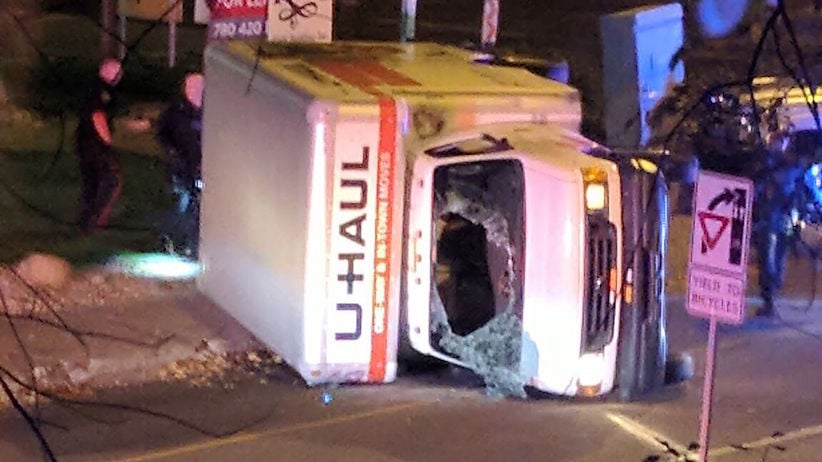 Over the last few years, in public appeals and repeated community meetings, leaders of Edmonton’s Somali community have raised alarm about radicalization of their youth, and the threat of ISIS inspiring terrorists or recruiting soldiers from their midst. They’ve suffered grief before: It’s believed they lost three young Edmonton cousins to overseas fighting for Islamic State in 2014. Community organizers are proud to say they’ve worked closely with RCMP and Edmonton police when they learn of  security threats—the hand-in-hand work said to be the best way to prevent extremist beliefs becoming extremist violence.

Yet only now, after a 30-year-old Somali refugee was arrested for an attack that injured five people, are police agencies and members of Edmonton’s thousands-strong Somali diaspora jointly taking a close look Abdulahi Hasan Sharif, charged with five counts of attempted murder and still being investigated for possible terrorism offences.

Two years ago, city police and RCMP had investigated Sharif after receiving a complaint about him espousing extremist ideological views—reportedly incoherent rants about genocide, and praise for Islamic State leaders. Police at least interviewed the complainant and the suspect, performing what they called this week an “exhaustive investigation” yet concluding the young resident didn’t pose a security threat and didn’t warrant charges or further investigation.

READ MORE: Terror in the heart of Anytown, Canada

Flash forward to 2017, and much wider, more intense scrutiny is being exercised after a violent atrocity, apparently inspired by Islamic State, in which a police officer was attacked with a car and then stabbed, and four pedestrians were later struck by a U-Haul truck being chased by police through Edmonton’s downtown.

“For us, we’re still trying to figure out who this person is,” says Ahmed Abdulkadir, executive director of the Ogaden Somali Community of Alberta and one of Edmonton’s most outspoken Somali leaders regarding police collaboration with his community. He’s describing efforts by a coalition of city organizations to help police with their current investigation into Sharif.

At a vigil organized by a Muslim organization on Sunday, other community figures also said they didn’t know the suspect. One told the Edmonton Journal that Sharif was “aloof from the community,” and not well known.

Though police have said they believe the suspect to be a disaffected individual acting alone, community groups working with them would likely now be helping detect any local contacts and associates Sharif had. This would certainly help with a police investigation amassing evidence to lay Criminal Code terrorist charges. But it might have also helped with any investigation to prevent violence in the first place.

“Our ability to understand what happens on the ground is so dependent on our local contacts and people raising up issues because they don’t want this crap in their communities,” says Stephanie Carvin, a former federal government security analyst who is now an assistant professor at the Norman Paterson School of International Affairs at Carleton University.

A construction site co-worker had complained to police about Sharif, saying the suspect confided to him his hatred for Shia Muslims, and said that polytheists “needed to die,” CBC reported Monday. After he alerted city police, the co-worker was interviewed by RCMP, as part of the local branch of the Integrated National Security Enforcement Teams (INSET). That multi-agency force, formed after the 9/11 terror attacks, has had its share of successes, helping thwart the 2006 “Toronto 18” terror plot. In 2015, it arrested a group of young Montrealers hoping to fly abroad to join jihadist groups, and the same year arrested a man in Fort St. John, B.C., after he allegedly posted Islamic State propaganda advocating murder.

Speaking to reporters Monday, the head of Alberta’s INSET team would not say how many complaints it has received similar to the one that prompted its investigation of Sharif two years ago. Carvin says the number of national investigations likely numbers in the hundreds—far fewer than European countries are handling. The RCMP couldn’t legally or logistically monitor all such individuals all the time, so authorities must prioritize, she says.

“Frankly, sometimes you’re just not going to be able to prioritize the right person. Because with radicalization, it isn’t a one-way process,” Carvin says. Radical intentions can be triggered in various ways, and the impulse toward violence can take hold quickly. “It’s not like it’s a mental state that you enter for the rest of your life; it ebbs and flows.”

There’s little evidence for genuinely lone actors, says Amarnath Amarasingam, a senior research fellow at the Institute for Strategic Dialogue, a London-based counter-terrorism organization. “Much more common is that these individuals are linked through a local or online network or online community of supporters who influence and inspire each other to act,” he tells Maclean’s in an e-mail.

Like Sharif, Martin Couture-Rouleau was already on the RCMP’s radar in 2014 when he ran over two soldiers in a Quebec shopping centre. Police had gone further in their surveillance and actions against Couture-Rouleau, revoking his passport before his act of terror.

In the past, authorities could track suspects stockpiling weapons or sending money or arms to overseas groups, Amarasingam says. The new wave of spontaneous vehicle attacks, as seen in Nice, Berlin and now Edmonton, are vastly tougher to thwart. “They are doing things don’t pass the evidentiary threshold for arrest, such as renting trucks and using kitchen knives,” Amarasingam says.

“In these cases, unless they are already on the radar, or have told a community or family member who decides to turn them in, it’s very difficult to stop.”